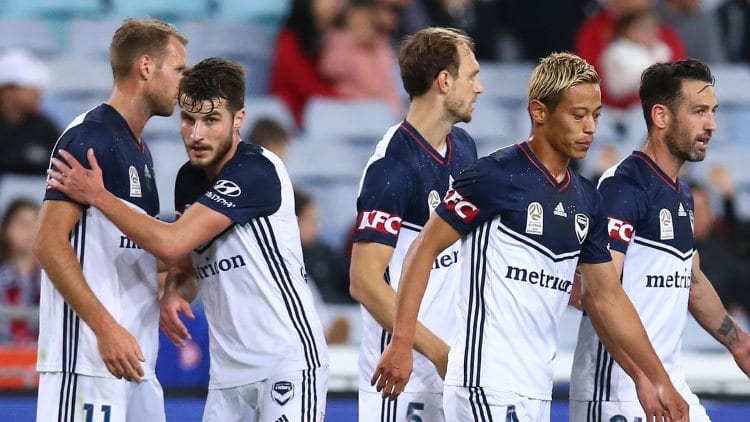 With the regular A-League season drawing to a close, attention now turns to the play-off round. With Perth Glory having secured the league leaders shield and Sydney finishing in second place to also secure a first round bye – the first weekend of the play-offs, as always, is the elimination final. The teams placed 3rd to 6th in the table battle it out to stay in contention to win the A-League trophy.

Here are our picks for the elimination finals in the A-League:

The Victory have perhaps lacked a fluency to their play that was present last season but finished 3rd, 10 points behind league winners Perth Glory.

Seven defeats from 27 games is uncharacteristic by their high standards but they have plenty of firepower at their disposal.

Ola Toivonen has enjoyed an impressive first season for Victory and the Swedish international will be hoping to improve on his 13 goals this term.

The Phoenix have surprised many this season and despite a slow finish to the campaign, comfortably wrapped up their play-off spot.

They acquired 40 points from their 27 games played and finished 5 points above their nearest challengers Newcastle Jets.

Roy Krishna has banged the goals in for half a decade for Phoenix but with 18 goals in 25 games, he has been in electrifying form this term.

This could be quite an open game with Wellington having banged the goals in all season and Melbourne Victory not being as watertight as usual.

Ola Toivonen has been prolific for Melbourne Victory this term and he has plenty of big game experience.

Despite the magnitude of the game, this could be a spectacle between two forward thinking sides.

It’s 4th against 5th in the second elimination game as Adelaide United host Melbourne City. Adelaide have shown resolve all season and have held on to their play-off spot with aplomb. Melbourne City meanwhile have wobbled intermittently throughout the campaign and finished level on points with Wellington Phoenix in 6th but had a marginally superior goal difference.

Few would have expected Adelaide to finish in 4th place this season but with 12 wins from their 27 games, they have been consistent this term.

They picked up 44 points from their 27 fixtures despite only scoring 37 goals – the second lowest tally in the league.

Socceroo Craig Goodwin has notched an impressive haul of 10 goals this season and he’ll be hoping to register again here.

It has unquestionably been a disappointing season for Melbourne City who would have been expecting to challenge for the league leaders shield this term.

They finished the season with 40 points and 9 defeats from their 27 games – a record Warren Joyce will be hoping to improve upon in the play-offs.

Riley McGree has stepped up in the absence of some big names for City this season and his 7 goals could turn out to be crucial.

This is a battle between two of the lowest scoring sides in the division and it could be a very tight encounter.

Craig Goodwin has been the go-to man for Adelaide and he could put in a decisive performance here.

With so much at stake, this is bound to be a cagey affair in Adelaide.