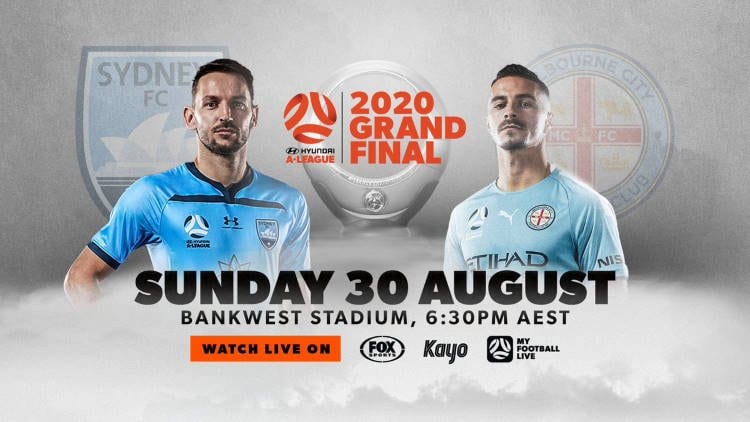 In a season that has been heavily disrupted by COVID-19, the moment has arrived and for two teams, the biggest prize in Australian club football awaits. Having begun in October 2019, the longest A-League season in history will finally draw to a close at Bankwest Stadium as Sydney FC take on Melbourne City. Sydney FC are chasing their 5th A-League Championship final whilst it is unchartered territory for Melbourne City as they chase their first major title.

Here are our top betting picks for the 2019/20 A-League Grand Final:

The impact of COVID 19 has been well documented and few sporting competitions have been hit as hard as the A League. Having originally been postponed back in March, most other major sports in Australia were back up and running by the end of May but the A-League appeared to be the forgotten competition. With games subsequently being played behind closed doors since the season resumed in July, the season finally came to a conclusion in August before the season ending play-off games.

It is the final the country has been waiting for as Premiership winners Sydney FC take on second placed Melbourne City.

Serial winners Sydney FC will be looking to make it back to back A-League Championship titles, but their form needs to improve following a real post-lockdown blip. Their win over Perth Glory in the semi-finals however was a real indicator that they are back to their best. Despite some poor showings since the restart, Sydney FC won the league by 6 points from Melbourne City and were the team to beat all campaign.  Adam Le Fondre is a natural born goal scorer and he will be eager to add to his tally of 21 goals this term, in what is a crucial game for the club.

Despite being so often the nearly men, Melbourne City have been knocking on the door for a few seasons without getting over the line, but their 2nd place regular season finish suggests they are ready to challenge Sydney FC here. There is a sense of at the club that Melbourne City finally look to have the tools to go all the way in the A League Championship. They finished the season in second place, six points behind Sydney FC but the consistency demonstrated throughout the campaign was a clear sign of progress. Jamie Maclaren leads the way on the scoring chart for Melbourne City with 23 goals this campaign and his clinical finishing could prove invaluable here.

Both Teams To Score – YES – $1.67 – A League Finals are notoriously cagey encounters but both teams are blessed with attacking talent and will fancy their chances of scoring on the biggest stage in Australian club football – Bet Now

Over 2.5 Goals In The Game – $1.8 – Neither side will want to die wondering here and despite the fact there will be no fans in attendance, it should be a really exciting game at Bankwest Stadium – Bet Now

Adam Le Fondre to score anytime – $1.95 – Former Premier League striker Adam Le Fondre is more than proven at this level and he tends to turn up in the big games for Sydney – Bet Now

Sydney FC to win the match – $2.5 – Melbourne City will push Sydney FC all the way here, but Graham Arnold’s side are too experienced in the big games and they should prevail here – Bet Now

Betting tip: Sydney FC to win the match and both teams to score ($4.5) – Bet Now