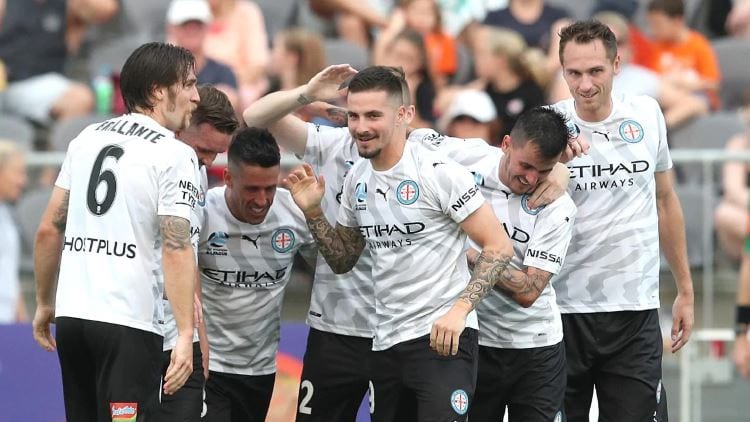 Melbourne City and Sydney FC continue to set the pace in the A-League with both teams picking up impressive wins in game week 10. Sydney sit 5 points clear at the top of the pile whilst City’s 4-0 win over Newcastle was a real statement of intent. Western United showed their credentials with an excellent win at Brisbane Roar whilst Perth Glory showed some of the form that saw them win the league last year, with a solid home victory over WSW.

Here are our picks for the eleventh round of fixtures in the A-League:

High flying Western United travel WSW as they look to continue their rise up the A-League table. WSW started the season superbly but have slipped down to 7th following a run of defeats. They are winless in their last 6 and their loss to Perth Glory last time out was a tough one to take. Meanwhile, Western United have acclimatised to life in the A-League with relative ease, they sit 3rd in the table and look to have strength in depth within their side. Their win over Brisbane Roar last time out was a real indicator of how the team had come in a short space of time. This could be a tighter game than the bookies predict and Western United should pinch at least a point here.

Table topping Sydney FC travel to Wellington Phoenix with both sides in need of points for their respective pursuits. Wellington Phoenix are unbeaten in their last 5 matches and sit 6th in the table following their draw on the road at Melbourne Victory and they look to have play-off aspirations this season. Meanwhile, Sydney FC sit top of the A-League by 5 points as they look to build on their Championship win from last season. They are a side full of confidence currently and appear to have the legs on their major challengers for top spot this season in the A-League. This could be a really good game between two forward thinking sides and Sydney should just about pinch it.

The second Melbourne Derby of the year is the headline fixture of the year with Victory travelling to City in disarray. City sit to 2nd following their thrashing of Newcastle Jets last time out and they currently sit 5 points behind Sydney FC but have plenty of time to put a run together themselves and challenge for both the league title and play-off positions. Meanwhile, Victory have won only one of their last 5 matches and are languishing in 8th place in the table following their most recent draw, at home to Wellington Phoenix. These games are often fiery encounters but City should have the edge here and may well pick up a crucial three points.

Perth Glory will be looking to build on their wins in their last two games as they host Newcastle Jets. Glory have climbed to 5th following their wins over Melbourne City and WSW they will be hoping this is the catalyst to a successful period over Christmas as they look stay in the play-offs at the end of the campaign. Meanwhile, Newcastle Jets were thumped last time out by Melbourne City and have dropped to 10th in the table as a result. They have lacked consistency this season but with only 8 games played, they have time on their hands to put a run together and climb up into the play-off spots. Perth should have no problems picking up all three points here.

Bottom side Central Coast Mariners host Adelaide United as they look to climb off the foot of the table. The Mariners are bottom of the pile with 10 games played but with 7 points to their name, are in striking distance of the other strugglers above them. They showed real heart at Sydney FC last time out and pushed them all the way. Adelaide meanwhile took a week off last time out and should come into this one refreshed as they sit pretty in 4th place in the table. With 4 wins in their last 5 matches, they are one of the form sides in the division and they will be hoping to put pressure on the top 3 here. This should be a tighter game than many think but Adelaide should have no issues in picking up all three points here.