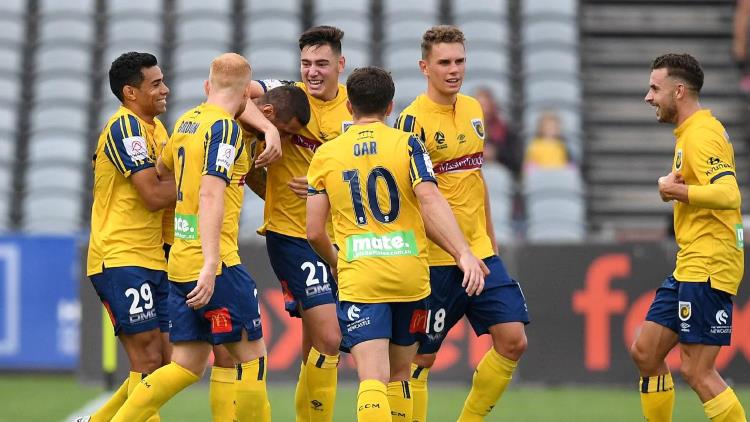 Sydney FC continue to set the pace in the A-League as they find themselves six points clear of the chasing pack at Christmas. Whilst they dropped points in a draw with Wellington Phoenix last time out, Melbourne City were beaten by local rivals Melbourne Victory to fall even further off the pace. Elsewhere, last year’s League champions Perth Glory hammered Newcastle Jets, Western United lost ground with a draw at WSW and Central Coast picked up an impressive home win over Adelaide United.

Here are our picks for the twelfth round of fixtures in the A-League:

Two sides eager to get back to winning ways face off as Adelaide United host WSW. Adelaide have dropped to 5th place in the table following their loss at Central Coast Mariners last time out and they will be hoping for an instant response in front of their home faithful. Meanwhile, WSW started the season superbly but have slipped down to 8th following a run of defeats. They picked up an excellent point against Western United last time out however and could use that as a catalyst going forward. Adelaide should enjoy playing back at home here and they should pick up all three points here.

Third place Western United host sixth place Wellington Phoenix in what promises to be an excellent encounter at GMHBA. Western United have acclimatised to life in the A-League with relative ease, they sit 3rd in the table and look to have strength in depth within their side. They picked up a point at WSW last time out and are unbeaten in their last 3 league fixtures. Wellington Phoenix meanwhile restricted high-flying Sydney FC last time out to pick up an excellent point in front of their home fans. They have developed into one of the most competent sides in the division and they will fancy their chances of troubling Western United here. This should be a lot closer than many people expect and it could well end up honours even.

Newcastle Jets need to get back to winning ways quickly as they take on fellow strugglers Brisbane Roar at the McDonald Jones Stadium. The Jets sit bottom of the table with 8 games played and their 6-2 loss to Perth Glory last time out was a real concern. Defensively they have been all at sea in recent weeks and they look a little lost currently. Robbie Fowler’s Brisbane Roar meanwhile sit level on points with Newcastle and they will be hoping to strike a decisive blow in the battle to avoid the wooden spoon. They took a week off last week due to the 11-team roster and they will be hoping to get back to winning ways having lost their last 2 league fixtures. This could be a very tight fixture with both sides low on confidence and it could well end up honours even.

The A-League’s top 2 face off as champions Sydney FC host Melbourne City. The blues sit top of the A-League by 6 points as they look to build on their Championship win from last season and they are very much the team to beat once more this term. They are a side full of confidence currently and they will want to extend their unbeaten run. City sit 2nd following an impressive run but their loss to Melbourne Victory last time out will hurt all connected with the club. The gap between the sides is currently sit 6 points and this could be a really good game between two forward thinking sides and Sydney should just about pinch it.

Central Coast Mariners host Perth Glory with both sides eager to build on impressive wins last time out. Central Coast have climbed to 9th in the table following their excellent win over Adelaide last time out and with 2 wins in their last 4 games, they look to have the bit between their teeth currently. Likewise, fortunes have improved for Perth Glory dramatically in the last couple of games and their 6-2 win over Newcastle Jets last time out was an indicator that they are back to their best and they sit 4th in the table. This could be a very tight game but Perth Glory could emerge with three points in the bag.