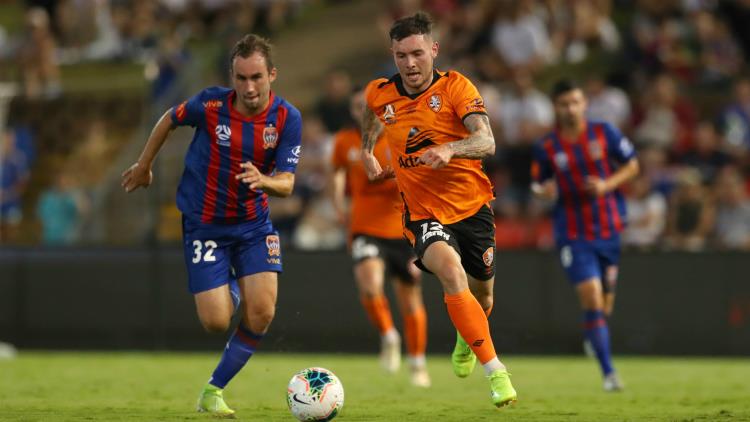 Sydney FC look to have the league shield in the bag following their big win over closest rivals Melbourne City last time out. With a 9 point cushion on the chasing pack, they have matters very much in their own hands going into 2020. Elsewhere, WSW got back to winning ways with a surprise win at Adelaide last time out whilst Wellington Phoenix continue to defy the odds – this time with a great win at Western United.

Here are our picks for the 13th round of fixtures in the A-League:

Two sides needing wins in their respective positions face off in Sydney as Brisbane Roar are the visitors to the Bankwest Stadium. WSW started the season superbly but have slipped down to 7th following a run of defeats. They have picked up two brilliant results in their last 2 fixtures however, drawing with Western United before beating Adelaide and they will be hoping to build on that in 2020. Robbie Fowler’s Brisbane Roar meanwhile sit level on points with Newcastle at the bottom of the table and they look to have a battle on their hands to avoid the wooden spoon. They have only won one of their last 5 A-League games but their draw at Newcastle last time out could be a launch pad going forward. Brisbane will trouble WSW but they look to have the momentum and should win this one.

Melbourne City will be keen to return to winning ways as they host 3rd place Western United at AAMI Park. The sky blues sit 2nd following an impressive run but their losses to Melbourne Victory and Sydney FC last time out will hurt all connected with the club. The gap between the sides is only two points and City will be keen to distance themselves from the chasing pack. Meanwhile, third place Western United have acclimatised to life in the A-League with relative ease and look to have strength in depth within their side. They suffered a home defeat to Wellington Phoenix last time out, which was their first defeat in their last 4 league fixtures. This should be a tight game and Western United could well leave with a point.

League leaders Sydney host Adelaide United in what promises to be a fascinating clash. The lead at the top of the A-League is 9 points and champions Sydney FC look well set to defend their title. They are a side full of confidence currently and they will want to extend their unbeaten run. Adelaide will be looking to bounce back from their shock home defeat to WSW but they will be aware of the enormity of the task here. They have dropped to 5th place in the table following their back to back defeats and they will want to stop the rot here. Sydney however should have too much at home and look set to pick up three points.

High-flying Wellington Phoenix host Central Coast in what looks an entertaining game on paper. Phoenix have developed into one of the most competent sides in the division and their 3-1 win at Western United last time out was testament to that – a result that has seen them climb to 6th in the table. Central Coast have climbed to 9th in the table with 2 wins in their last 5 games, they look to have the bit between their teeth currently. Their loss to Perth Glory last time was a reality check however and they will need to be resolute here. Central Coast should trouble Wellington Phoenix but this is a game the Kiwis should win.

Betting tip: Wellington Phoenix to win the match and both teams to score ($2.91) Bet Now

Melbourne Victory will be looking to improve on their league standing as they welcome struggling Newcastle Jets to AAMI Park. Victory sit 8th in the table but they will be looking to build on their Derby Day win over Melbourne City last time out. Meanwhile, the Jets sit bottom of the table with 10 games played and their recent form both home and away has been a real concern. Defensively they have been all at sea in recent weeks and they look a little lost currently but they will be hoping to build on the point they picked up against Brisbane Roar last time out. Melbourne Victory look low on confidence but they should prevail from this one at home.

Betting tip: Melbourne Victory to win the match and both teams to score ($3.05) Bet Now