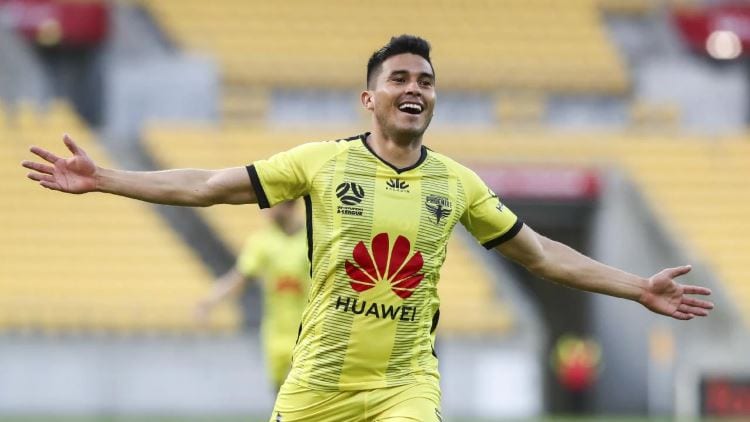 Melbourne City top the A-League following their hard fought win at high-flying Western Sydney Wanderers last time out. Sydney FC are hot on their heels following yet another win over Perth Glory whilst Western United fell off the pace following a shock loss to Central Coast Mariners. Melbourne Victory continue to languish in the bottom half of the table following their loss at Adelaide United whilst Wellington Phoenix picked up their first win of the campaign over Brisbane Roar.

Here are our picks for the eighth round of fixtures in the A-League:

Two sides that have struggled so far this season face off in Melbourne as they look to kick start their respective campaigns. The problems are mounting meanwhile for Melbourne Victory who sit 10th, with only one win this season so far and they looks to be a side lacking in confidence all over the pitch. Their defeat to Adelaide last time out was particularly humbling and they will be hoping to improve dramatically here. Perth Glory meanwhile have also only won one match this term and their incredible form from last season is a distant memory. This could be a very tight game between two sides lacking in confidence and it could well end up honours even.

A relegation scrap looks on the cards in Brisbane as the Central Coast Mariners arrive in town, buoyant following their win over Western United last time out. Brisbane Roar continue to struggle massively with inconsistency and despite having already beaten Melbourne City this season, their loss to Wellington Phoenix last time out was a concerning performance. Central Coast meanwhile look to have recruited shrewdly in the off-season and find themselves in 6th place in the A-League table. This could be a much tighter game than many expect and Central Coast could well leave Brisbane with at least a point in the bag.

Two sides looking for points for different reasons face off in Newcastle as WSW are the visitors. WSW started the season superbly but defeats in their last two matches have checked their progress somewhat and they have dropped to 4th place in the A-League table. Newcastle Jets meanwhile find themselves down in 9th position in the table but with only 5 matches played, it’s difficult to decipher their credentials this season and they will be hoping to use home advantage shrewdly here. Newcastle will push WSW all the way here and it could well end up as a draw.

Betting tip: The match to finish as a draw and both teams to score ($4.5) Bet Now

Two sides with play-off aspirations face off at the GMHBA as last season’s champions Sydney travel to A-League new boys Western United. Western United fell to a disappointing defeat on the road to Central Coast Mariners last time out and they will be looking to get back to winning ways in front of their home fans having slipped to 5th in the table. Sydney sit 2nd and look to be a side full of confidence currently, epitomised by their win over Perth Glory last time out. With Melbourne City sitting out this weeks’ fixtures, Sydney will be hoping to climb up to the top of the table. This is the standout game on the fixture list this week and Sydney tend to get the job done in these type of games.

Adelaide United host Wellington Phoenix as both sides look to build on impressive wins last time out. Adelaide picked up an important win at home against Melbourne Victory last time out and they have climbed up to 3rd in the table following four consecutive wins. Wellington Phoenix meanwhile will be buoyed by picking up their first win of the campaign over Brisbane Roar last weekend but they will be all too aware of the magnitude of the task facing them here. Adelaide are a good side in excellent form and they should have no issues in front of their home fans here.

Betting tip: Adelaide United to win the match and both teams to score ($2.65) Bet Now