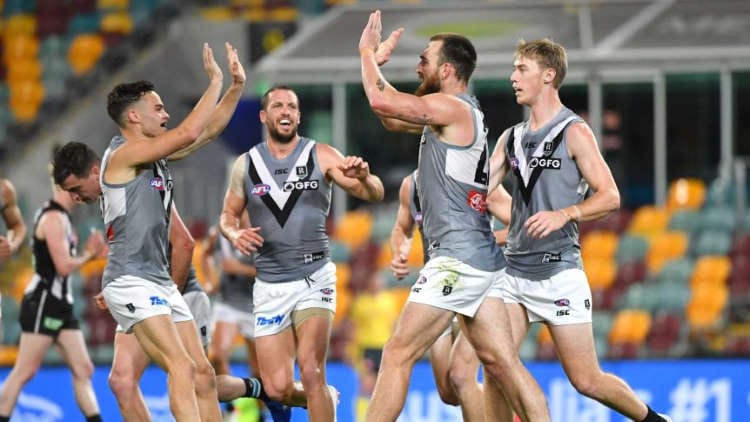 Week 1 of the AFL Finals starts on October 1 with Port Adelaide vs Geelong, and we have expert betting tips for every game of the finals.

We look at the best betting opportunities for every finals game, which also includes West Coast vs. Collingwood, St Kilda vs. Western Bulldogs, and Brisbane vs. Richmond.

Port Adelaide Powered to a minor premiership win when beating Collingwood on Monday and they are deserving winners of the title.

In the first qualifying final of the AFL playoffs, the Power take on the dangerous Cats, who will be ready to pounce and prove they are the best team in the competition.

Geelong is coming off a 69-63 win over Sydney and with 12 wins and five losses this season, they have been steady.

Bookmakers have Geelong as the $1.88 favourites, which is surprising given the form of Port Adelaide. There is value with the Power and we expect the odds to switch over the coming week.

It’s an all-or-nothing game for West Coast and Collingwood, and momentum is clearly with the Eagles.

West Coast is coming off a gritty win over North Melbourne and they have had a much better second half of the season compared to Collingwood.

The Magpies looked like premiership contenders midway through the AFL season, but they limped into the finals by just two points.

Coming off a loss to Port Adelaide, Collingwood are struggling to get any rhythm, and it would take a brave punter to back them.

They are a team that is capable of pulling off an upset, but it would require a much-improved performance from what we have seen in recent weeks.

Stick with the Eagles for this elimination game.

There was essentially nothing splitting these teams during the regular season, and that is reflected in the betting market.

Bookmakers have the Bulldogs as slight favourites following their 74-44 win over Fremantle in Week 18. However, St Kilda was just as impressive when beating the Giants 82-30.

They scored 12 goals on route to smashing the Giants, which they limited to only three goals and 12 behinds. It was a complete effort and they could be a dangerous team in the finals if they progress past this elimination final.

The Western Bulldogs finished the regular season well and they are more than capable of progressing. We would have liked to see them paying longer odds in the market, so we are going with St Kilda.

They are a dangerous team and punters are getting better than even money. The $2.08 is too good to pass up for St Kilda, but expect a tough and close game.

The final qualification game of the week is set to be a thriller as the Lions take on the Tigers.

Both teams are coming off impressive seasons, but it was Brisbane who finished with 14 wins compared to the 12 for Richmond.

Despite the two-win difference, bookmakers are siding with the classy Tigers. We don’t blame them for installing Richmond as the $1.65 favourites, given their recent history.

However, this is a Lions team that means business and they could trouble the Tigers on Saturday night.

Brisbane has been a model of consistency throughout 2020 and they are serious contenders for the title.

Richmond is a team that improves when the finals roll around, so they could have a slight edge over the Lions on this occasion. We expect the current odds of $1.65 to remain steady throughout the week, so there is value with the price.

🤑 Who should you bet with for AFL Finals Week 1?

💰 What is the best bet for AFL Finals Week 1?

For detailed information on how to watch and live stream Finals Week 1 of the AFL season, read our guide on how to live stream AFL!

🏉 What is the fixture for AFL Finals Week 1?

Read our AFL Finals Week 1 preview and bettings tips to find out all of the fixtures and locations for the round!