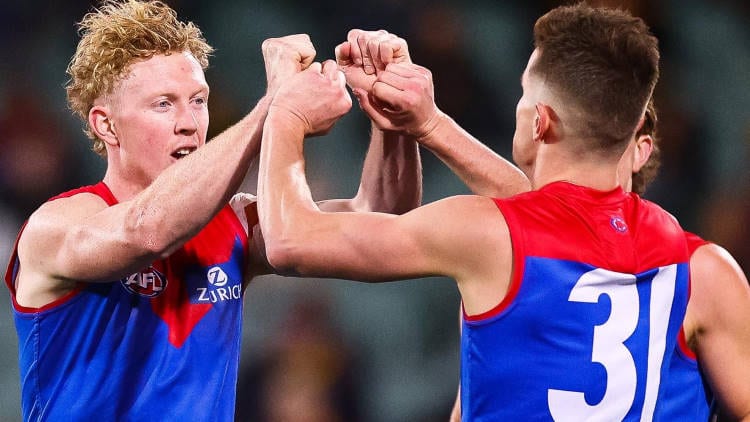 Round 11 kicks off with a double header this Saturday and we have expert betting tips for every game this week.

Action this round takes us all the way to Wednesday with the Suns vs. Bombers. We preview all eight AFL games for Round 11.

Port Adelaide got back to their best form with a win over the Western Bulldogs but it wasn’t as convincing as Richmond’s win.

The Tigers produced an almighty effort to beat the Brisbane Lions by 41 points on Tuesday and that form looks good for Round 11.

The Power are tough to beat at home and punters are getting outsider odds, but Richmond could continue their hot form now.

Most of the money is for Richmond at $1.85 and it’s hard to disagree with those early bets for the Saturday night blockbuster.

It was hard not to be disappointed with the Brisbane Lions last week, losing by 41 points to the Richmond Tigers.

The Lions have been better than that in 2020 and we are expecting a bounce back effort against the Western Bulldogs.

The Bulldogs played well against the Power last week and pushed them close in the end. However, chalk it down as another loss for the Bulldogs, who have underachieved this season.

Bookmakers have the Lions as $1.39 favourites, which is fair and they should go close to covering the 14.5-point margin.

Both the Eagles and Blues had the week off in Round 10, so both teams come into this game relatively fresh.

West Coast were 73-64 winners over Geelong in Round 9 and that is a good form guide coming into this game. They were only marginally better than the Cats, but Geelong is a good marker this season.

Carlton didn’t fire a shot against Hawthorn in their Round 9 clash and they weren’t able to back up their Round 8 win over North Melbourne.

The class of the Eagles should show up and if conditions suit, they should have no problems covering the big spread.

Melbourne was able to stretch their legs against the Adelaide Crows last week and that win should give them confidence.

The level of opposition was poor but scoring 13 goals and limiting the Crows to only five goals will hold them in good stead against the Kangaroos.

North Melbourne did well to score nine goals in a losing effort to Geelong, but giving up 13 goals and 12 behinds isn’t going to win you many games.

The Demons are a team that can pile on the points quickly, but we’re happy to take Melbourne in the head-to-head market.

The Saints continue to march after beating the Gold Coast Suns, and although it was closer than expected, it’s a win all the same.

St Kilda has been playing well since AFL resumed and they now face their stiffest test against the Geelong Cats.

Geelong scored a 90-57 win over North Melbourne in Round 10 and the 33-point win should give them confidence heading towards the playoffs.

However, we are expecting a close contest and it could be decided on the final play of the game.

Fremantle and Hawthorn are two more teams that enjoyed a week off in Round 10. The Dockers have struggled for the most part this season, but recorded a terrific 61-49 win over Collingwood in Round 9.

It was a shock upset result for the Dockers, who scored 10 goals and kicked only one behind. They limited the Magpies to only seven goals and it was a solid all-round performance.

The Hawks are also coming off an impressive win over Carlton. They won 89-58 in a dominant display and that’s why they are narrow favourites for this game.

Bookmakers have the Hawks as $1.80 favourites and given their inconsistent form in 2020, we’re siding with the Dockers at value odds.

Adelaide are travelling horribly this season and it should be an easy victory for the Collingwood Magpies.

The form of the Magpies has been mixed this season but they are on another level compared to the Crows. We’re not sure if the Crows will win another game this season and the odds reflect that.

Bookmakers have the Magpies as dominant $1.22 favourites and there is value in that line. There is also value with the Magpies –20.5, which is a generous line for Collingwood backers.

The Suns may have lost to the St Kilda Saints last week, but they didn’t lose any admirers. It has been a much-improved 2020 for the Suns, who were the easy beats for many years.

Essendon hasn’t quite enjoyed the season they were hoping for but there is still plenty to play for. The Bombers sit in 10th position and they are only a win outside the top eight.

Bookmakers aren’t giving them much hope of making a playoff run but a win over the Suns looks likely given their desperation.

Stick with the Bombers and their class could prevail in a tight contest.

Our top rated and recommended bookmaker for round 11 of the AFL season is Sportsbet – JOIN HERE.
Other top rated bookmakers for AFL Round 11 include BetEasy, PlayUp, and SportsBetting.

To find out our best bets for Round 11 of the AFL season, read our full round 11 preview and betting tips!

Read our AFL Round 11 preview and bettings tips to find out all of the fixtures and locations for the round!