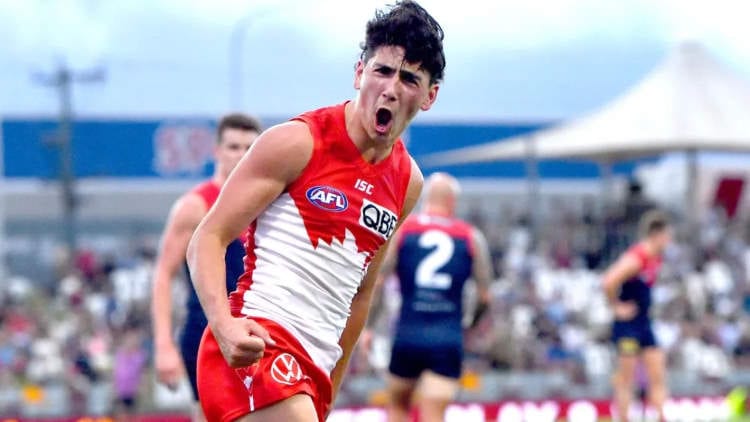 Round 16 of the AFL starts on Saturday with North Melbourne vs. Port Adelaide. It sets up a big round of games as we head towards the playoffs.

There are eight games to get excited about in Round 16 and we look at the form of all 16 teams in action.

The Power are firm favourites to take down the Kangaroos on Saturday night, and it would take a brave punter to bet against them.

It was North Melbourne’s worst loss of the season and the pain looks likely to continue. They are getting 32.5 points from bookmakers and it might not be enough.

After starting the season with plenty to get excited about, the Hawks dropped to a new low last week.

They lost to the Adelaide Crows, who hadn’t won a game all season. The result was a shock to many and it shows the poor state of this team, which was good enough to beat the Tigers earlier this year.

St Kilda should be able to capitalise on the lack of confidence, following a bye week. They will be fresh and despite losing to Melbourne prior to that, they went close and that should give them confidence going forward.

Geelong is always tough to beat off a bye and Essendon hasn’t been getting the rub of the green lately.

The Bombers lost 60-45 to the West Coast Eagles, so they covered the betting spread but it was another key loss for the team sitting in 11th on the ladder.

Essendon needs to win games heading towards the playoffs, but facing sides like Geelong isn’t going to make that easy.

The Cats look like genuine minor premiership contenders and a win could narrow the gap at the top of the table.

The Bulldogs are coming off a bye week and it was much needed. They lost 72-61 to the Geelong Cats before the bye, so now is their chance to regroup.

The West Coast Eagles rebounded from their loss to the Tigers with a win over Essendon. It wasn’t as comfortable as they had expected, but it was an important victory.

We are not expecting much to separate the Bulldogs and the Eagles, with bookmakers agreeing. They have the Eagles as $1.60 favourites, so an upset is possible.

Coming off the bye, we give the slight advantage to the Bulldogs.

Melbourne and Fremantle are looking to put Round 15 behind them, with both teams coming off disappointing losses.

The Demons lost 67-46 to the Swans and the Dockers were well-handled by the Tigers, 56-29. Melbourne is only one win out of the top eight, so they are desperate to stay in touch.

Fremantle needs a miracle, so we are giving the advantage to Melbourne in Round 16. They are the more capable side and a late-season run is always in the offering for Melbourne.

Congratulations to the Adelaide Crows for scoring their first win of the season in Round 15. It was a long time coming, but we’re not expecting the joy to last long.

The Giants could ruin the party and given their respective positions on the AFL ladder; it should be an easy win for the Giants.

They are currently holding onto eighth spot, so losing to the worst team in the league would be a disaster. We don’t think that’s going to happen, and the Giants should come away with a comfortable victory.

Carlton played well against GWS on Thursday and that should give them confidence going forward. However, the Swans are coming off a win over Melbourne.

Sydney are all but out of playoff contention but they have won two of their last four games, so they have improved nicely.

Carlton hasn’t helped their playoff chances by losing two on the bounce, but they could hit back and put themselves only a win outside the top eight.

Stick with Carlton as they are the better side.

The Suns scored a big upset over North Melbourne last week but they face a completely different team this week.

The Brisbane Lions are a top-four side and they should roll through their Queensland counterparts with ease.

They need to stick with the three teams ahead of them on the ladder, and losing to a team like the Suns wouldn’t be acceptable.

We expect the Lions to come out roaring on Wednesday and put up a big number on the Suns.

Our top rated and recommended bookmaker for round 16 of the AFL season is Sportsbet – JOIN HERE.
Other top rated bookmakers for AFL Round 16 include BetEasy, PlayUp, and SportsBetting.

To find out our best bets for Round 16 of the AFL season, read our full round 16 preview and betting tips!

Read our AFL Round 16 preview and bettings tips to find out all of the fixtures and locations for the round!