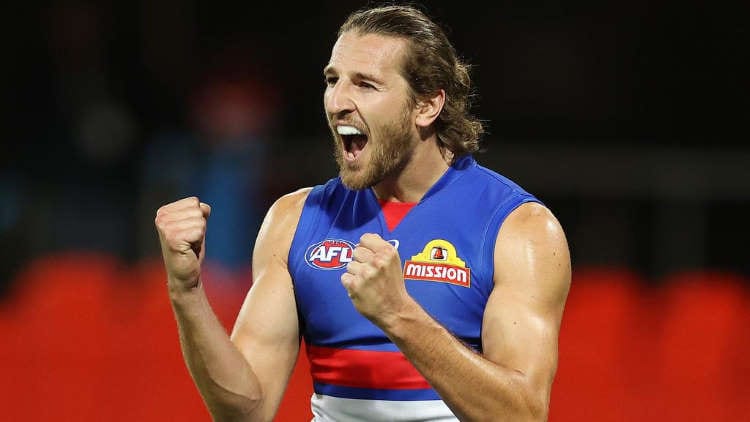 Round 17 of the AFL starts on Thursday with St Kilda vs. West Coast, and we have expert betting tips for every game this week.

There are nine games to get excited about in Round 17 and we look at the form of all 18 teams in action.

St Kilda is coming off a tidy win over Hawthorn on Sunday, but they were facing a team with a destroyed confidence.

The Saints won 80-66 in a solid display, and despite being behind just behind halftime, they managed to control the game in the second half.

West Coast narrowly lost to the Western Bulldogs on Sunday, 49-47. It was a defensive battle, but they will take plenty of heart from the effort.

We are going with the Eagles in what should be a tight contest.

A blockbuster game happens this Friday night as the Cats take on the Tigers. Geelong comes into this game having smashed Essendon 108-42, so their confidence is sky high.

Richmond’s confidence is also high after their Round 15 win over Fremantle. They scored a dominant 56-29 victory, before getting the week off.

Bookmakers have had a hard time separating these sides throughout the week, but they have sided with the Cats as slight favourites.

We think the Cats are going better at the moment, but it should be a terrific contest.

The Kangaroos are finding it tough to play their best recently, after dropping another game to Port Adelaide.

The 78-42 loss doesn’t hold North Melbourne in good stead for this game, and Fremantle is coming off an upset victory.

Fremantle won 47-33 over Melbourne last week, and that momentum could be enough to see them winning again on Saturday.

Essendon’s loss in Round 16 might have put the proverbial nail in the coffin. The 108-42 loss to Geelong put an end to their playoff hopes and Port Adelaide could capitalise this week.

The Power looked good winning 78-42 over North Melbourne in Round 16, and they are well-positioned heading in the playoffs.

Bookmakers have 29.5 points between these two sides, which is fair given their recent form. However, it is a big margin to cover and Essendon are good enough to keep it close.

Melbourne and GWS are coming off disappointing losses in Round 16, but the most disappointed team will be the Giants.

They were firm favourites to get past Adelaide, who had only one win to their name prior to that game. The 59-47 loss was a shock and they’ll need to start playing better heading into the playoffs.

Melbourne wasn’t much better, scoring just four goals against Fremantle. Desperation is high for this game, but the Giants are the better side.

It’s too little, too late for the Adelaide Crows, but they come into this game with consecutive wins.

Adelaide has been the punching bag for most of the 2020 AFL season, but they have shown a spark of life over the last two weeks.

A win over GWS last week was a high-quality performance, but Carlton also looked good when beating the Swans.

Carlton is the better team but the Crows could cause an upset once again.

No team is travelling worse than Hawthorn at the moment and they shouldn’t get in the way of the Bulldogs winning.

Hawthorn is coming off another loss, losing to St Kilda 80-66. Whereas, Western Bulldogs scored a terrific win over the West Coast Eagles last week.

It is the better form coming into this game and we expect them to put up a big margin on the Hawks.

The Swans didn’t play too poorly when losing to Carlton last week, but it was an untimely loss. They needed the win and it’s not about to get easier against the Lions.

Brisbane has solidified themselves as a top team in 2020, and they should be able to make a deep run in the playoffs.

They have the class edge across the park in this matchup and they should cover whatever spread bookmakers release later in the week.

The Suns won’t have to travel far to the Gabba, but it’s the Collingwood Magpies who should feel right at home this week.

They are coming off a loss to the Brisbane Lions in Round 15, but they have had a week off and should be ready to fire.

The easier opposition helps and although the Suns are a good team on their day, Collingwood will want some momentum heading into the playoffs.

Our top rated and recommended bookmaker for round 17 of the AFL season is Sportsbet – JOIN HERE.
Other top rated bookmakers for AFL Round 17 include BetEasy, PlayUp, and SportsBetting.

To find out our best bets for Round 17 of the AFL season, read our full round 17 preview and betting tips!

Read our AFL Round 17 preview and bettings tips to find out all of the fixtures and locations for the round!