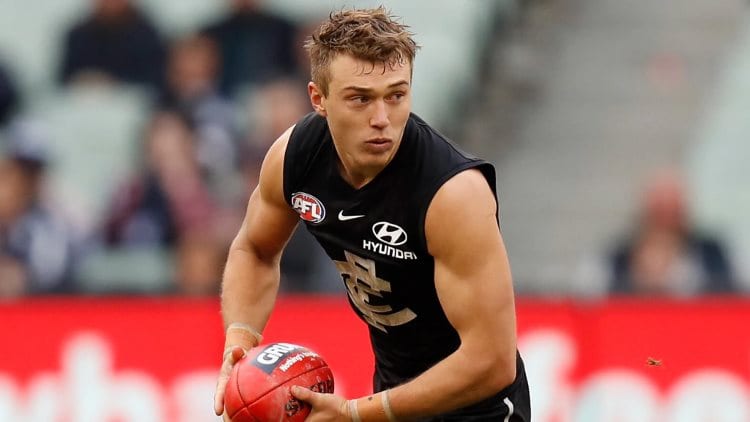 The AFL returns on June 11 and what a blockbuster lineup of games punters can enjoy.

It has been months since Round 1 was played but the action promises to be top class.

Collingwood and Richmond kicks things off and we have expert betting tips for all nine AFL Round 2 games.

The Magpies and Tigers got their seasons off to a winning start in March. Collingwood notched an 86-34 win over the Western Bulldogs in what was a good defense effort.

Richmond kicked off the 2020 AFL season with a win over Carlton. It was a good effort from Richmond, but not enough to make them $1.65 favourites for this game.

We’re in the camp of the Magpies on Thursday.

Geelong didn’t come out of the gates firing in Round 1, but the break might have done some good.

They are the warm favourites to beat the Hawks, despite Hawthorn winning at home against the Brisbane Lions.

The weight of money has come for the Cats and that’s tough to overlook. They have a strong lineup and they should be too good for the Hawks at GMHBA Stadium.

The Lions didn’t roar in Round 1 but with that game under their belt, and the rest, they could start well in Round 2.

Playing against Fremantle will help and we’re not surprised to see bookmakers open the home side as dominate favourites.

Brisbane are notoriously tough to play at the Gabba and we’re picking a comfortable victory to kick off Super Saturday.

The Demons were the disappointing team of 2019 but they have their supporters this season.

Round 1 wasn’t overly impressive when losing 78-51 to the West Coast Eagles, but that was a tough assignment.

Things are a little easier against the Blues in Round 2, but the Blues scored 12 goals against Richmond in March and that’s a solid effort.

The Suns could be the easy beats of the AFL season once again and the West Coast Eagles will look to tee off on Saturday.

The Eagles should have too much offensive firepower for the Suns, who have struggled for a long time to find any rhythm in the AFL.

Bookmakers have 34.5 points between the two teams, which isn’t an easy line to cover after a break, but the Eagles should get it done.

We all over an Adelaide derby and there isn’t much between these two teams. It won’t be as dynamic without the crowd, but it should still be a great game.

We’re giving the slight edge to the Port Adelaide Power, who had a more consistent 2019. The Crows were tough to follow and that could be the case again in 2020.

Look for the Power to lead early and kick away late.

The Giants often start their season well and that could be the case here. They scored a terrific 105-73 win over the Cats in Round 1 and that bodes well.

North Melbourne should be respected after their win over the Saints, but the win from the Giants had more merit.

It comes as no surprise to see the Giants as favourites and they should win.

This is a closest game framed by bookmakers, which sees the Swans with a narrow margin in head-to-head betting.

There isn’t much between either side and they both looked good at times last season. The Bombers have the ability to make the playoffs and the Swans could push some of the top teams.

We’re leaning in favour of the Bombers at the better price.

The Saints haven’t shown much over the last few years and they’re hard to back with any confidence.

On the other hand, the Western Bulldogs have shown punters that they can play with pride and show good ability throughout the season.

For that reason, we’re going with the Bulldogs. They could outmuscle the Saints early and score a comfortable win to close the Round 2 card.

🤑 Who should you bet with for AFL Round 2?

Our top rated and recommended bookmaker for round 2 of the AFL season is Sportsbet – JOIN HERE.
Other top rated bookmakers for AFL Round 2 include BetEasy, PlayUp, and SportsBetting.

To find out our best bets for Round 2 of the AFL season, read our full round 2 preview and betting tips!

📺 How can I watch Round 2 of the AFL season?

🏉 What is the fixture for AFL Round 2?

Read our AFL Round 2 preview and bettings tips to find out all of the fixtures and locations for the round!