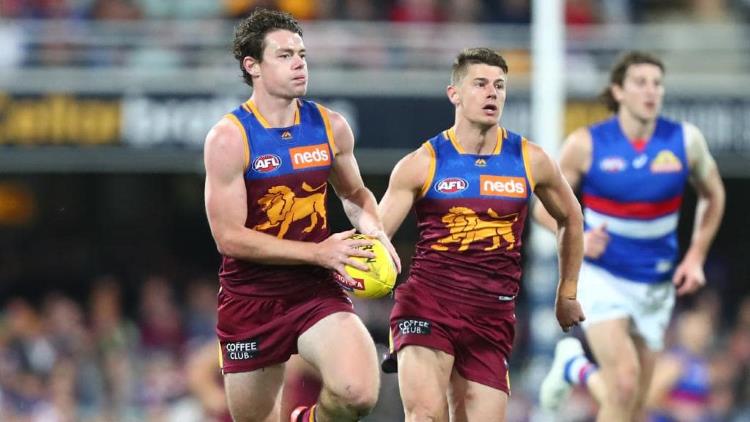 We have expert betting tips for all Round 21 AFL games this week.

It was a mixed bag for punters last week but we’re hoping for more consistent results this time around.

The big games on this week include Giants vs. Hawks on Friday night and Cats vs. Kangaroos to close Super Saturday.

The Giants escaped Round 20 with a two-point win over the Swans and they’ll look to have an easier time of it against the Hawks.

Hawthorn had been rolling along nicely until suffering an 86-64 loss to the North Melbourne Kangaroos last Friday night.

It was an untimely loss for the Hawks as they now face a team that’s tough to beat at home.

Bookmakers are siding with the Giants and so are we.

Injuries threatened to derail the Magpies’ season but luckily for them, they’re taking on some relatively weak opposition.

They dispatched the Suns with ease last week, as they should, and they now face the out-of-form Melbourne Demons.

It has been an awful season for the Demons after showing so much promise last year. They’re heading for another loss here if they keep it up.

Punters are getting solid odds for the Magpies.

The Power surged back into contention with a 126-67 win over the Bombers last week and they can ride that momentum in Round 21.

It has been a strange and inconsistent season for the Power, but they’re tough to beat when they are on. They were on last week and although the Swans looked good as well, they can struggle to win away from home.

Sydney lost by two points to GWS and there was merit with that performance. However, winning and narrowly losing are two different beasts.

Stick with the Power.

Brisbane continued its fine form with a win over the Western Bulldogs last week and another win should be coming in Round 21.

The Suns are beyond awful and there’s a reason why the Lions are the 47.5-point favourites for this game.

That’s a big line to cover but the Suns average losing margin isn’t far off that.

Injuries are starting to take their toll with the Bombers, who suffered a demoralising 126-67 loss at home to the Power last week.

The Bulldogs also suffered a loss last week, but the 98-80 loss to the Lions wasn’t nearly as bad as Essendon’s.

Whether or not they can pick themselves up is the big question, but this Bombers team is capable of putting injuries behind them.

Bookmakers have them as home favourites and although it should be a close game, we’re picking them to hold on.

The Cats were tamed by the Fremantle Dockers last week and they’ll be hoping to find their purr against the Kangaroos.

Geelong were decidedly average in Round 20 but back-to-back losses isn’t something they’ve come accustomed to.

For the Kangaroos, they looked impressive when beating the Hawks on Friday night and momentum will be key for them heading down the stretch.

There shouldn’t be too much separating these sides.

Fremantle was ultra-impressive when scoring a 95-61 win over the Geelong Cats last week but can they continue with that momentum?

That has been the toughest test for them this season, so much so that bookmakers have the Saints as favourites for this game.

St Kilda were 22-point losers to the Crows last week, so they’re not exactly in tremendous form themselves.

Punters are getting good value for the Dockers and they might have turned the corner now.

Richmond are the firm favourites for this game and it’s not hard to see why.

They are coming off a solid 93-60 win over the Melbourne Demons last week, playing at home here and they’re up against the Blues.

This season has been the blues for Carlton, which couldn’t fire at home against the West Coast Eagles.

It looks an easy game for the Tigers where they should cover the spread.

This top-eight clash should be a good game to close Round 21 and it’s an important game for both teams.

The Eagles could move clear of Geelong at the top of the table with a win and the Crows are looking to keep their playoff hopes alive.

Crows scored a much-needed win over the Saints last week but it was the Eagles who looked more impressive when beating Carlton on the road.

Eagles could soar on Sunday night.

Our top rated and recommended bookmaker for round 21 of the AFL season is Sportsbet – JOIN HERE.
Other top rated bookmakers for AFL Round 21 include BetEasy, PlayUp, and SportsBetting.

To find out our best bets for Round 21 of the AFL season, read our full round 21 preview and betting tips!

Read our AFL Round 21 preview and bettings tips to find out all of the fixtures and locations for the round!