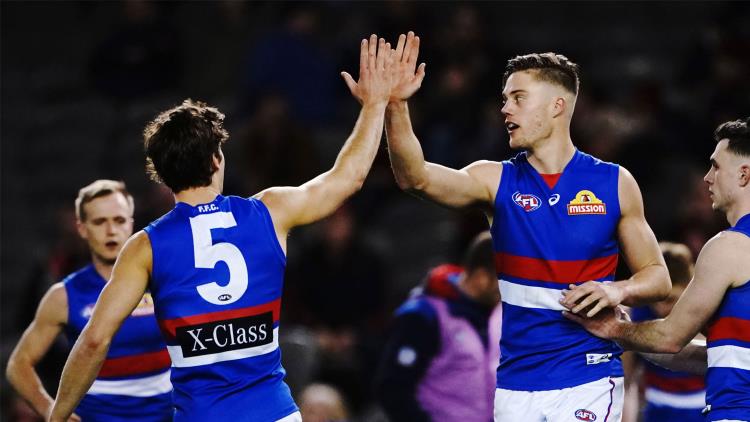 We have expert betting tips for all Round 22 AFL games this week.

Positions will change this week and that makes for an exciting week of footy.

The Melbourne Demons continued their horrible season when scoring only 53 points against an injury-ravaged Collingwood last week.

2019 hasn’t been overly great for the Swans either, which should result in a closely-fought game this Friday night.

Bookmakers have framed a close market with the Demons slight favourites and they could score a long overdue win, but take both teams on trust.

Another close game has been framed by the bookmakers as the Blues take on the Saints.

The Saints have a good chance of making the playoffs after beating Fremantle 72-69 last week and a win here would put them on 40 points.

Carlton are no easy beats at home this season but they scored only 45 points last week and more offense will be needed here.

Tough game to call but we’re going with the better side.

This will be the game of the round as the top two teams do battle at The Gabba.

Brisbane continued their fine season with a 144-53 win over the hapless Suns last week and Geelong got back to winning form against the Kangaroos.

Geelong limited the Roos to only 14 points in one of the best defensive outings we’ve seen in a long time.

However, the Lions know how to score points and that’s why this is such an intriguing game.

We’ll stick with the home side.

Collingwood has taken advantage of playing some poor teams the last couple of weeks but it should get harder here.

Adelaide hasn’t exactly been top notch in 2019 but they’re better than the Demons and Suns, which the Magpies have faced recently.

Despite their injuries, Collingwood is still in fifth position but they’re only just hanging on. That thread could be cut loose this week against the Crows.

Home ground advantage is big for Adelaide and they could score a much-needed win.

Bookmakers have framed another close market for the Kangaroos vs. Power game this Saturday.

The Kangaroos are looking to bounce back after an awful performance against the Cats where they scored only 14 points.

Bouncing back from that won’t be easy and the Power have found some form in recent times. They won 103-56 against the Swans last week and that’s good form for this.

Another tough game to call but we’re going with the Power.

Both teams are looking to bounce back after Round 21 losses but the Bombers loss to the Bulldogs was very disappointing.

The 137-33 loss would have stunned this Bombers team, which is currently sitting in seventh place despite that effort.

Fremantle were three-point losers to the Saints and that’s a much better result coming into this game.

We’re not surprised to see bookmakers side with the Dockers here, but the Bombers are a decent side and the value is with them to bounce back from disappointing performances over the last two weeks.

Richmond continued their good form with a win over the Blues last week but it’s about to get much harder.

The West Coast Eagles were too good for the Crows last Sunday and they’re flying this season with 15 wins and only five losses.

The Tigers are only a win behind them on the ladder, however, which could create a logjam at the top of the table this week.

Interesting game ahead and it should be one of the games to watch in Round 22.

GWS suffered their worst loss of the season when going down 85-29 to the Hawks last Friday night.

It was a strange performance from the 12-8 team this season and facing the Bulldogs has been tough for some opponents this season.

Bulldogs come into this having thrashed the Bombers last week 137-33 and that’s going to give them plenty of confidence.

The Bulldogs are fighting for a playoff position and we can see them mustering enough to win on the road.

The Hawks aren’t too far away from the top eight – only one win, and they could bridge the gap this week.

In fact, they should bridge the gap against the Gold Coast Suns, which are the easy beats this season.

It was another dismal effort by the Suns when losing 144-53 to the Lions in Round 21 and although it should be closer here, it won’t be by much.

Our top rated and recommended bookmaker for round 22 of the AFL season is Sportsbet – JOIN HERE.
Other top rated bookmakers for AFL Round 22 include BetEasy, PlayUp, and SportsBetting.

To find out our best bets for Round 22 of the AFL season, read our full round 22 preview and betting tips!

Read our AFL Round 22 preview and bettings tips to find out all of the fixtures and locations for the round!