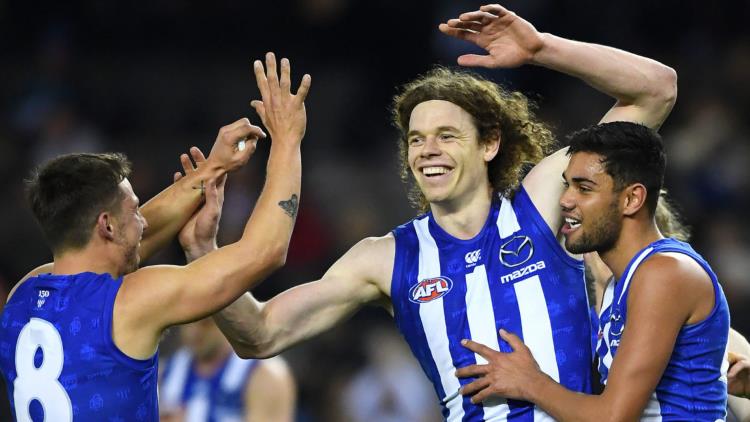 We have expert betting tips for all Round 23 AFL games this week.

It was a mixed bag in Round 22 with plenty of upset results. More of that is expected this week, in what is the final regular season round of the competition.

Round 23 of the AFL kicks off with the Magpies vs. Bombers and action throughout the week promises to be top class.

Collingwood were massive winners over Adelaide at Adelaide Oval last week and that’s a good sign of things to come.

Despite battling injuries that have ravaged the team, they scored a 114-48 win over the Crows and getting back to the MCG will only bolster their chances.

Standing in their way will be the Bombers, which also scored an upset win over Fremantle last week.

There shouldn’t be much between these two teams in what could be a Friday night thriller.

Both the Swans and Saints have no chance of making the finals so pride will be the only thing on the line this week.

Swans were quality wins over the Demons last week, winning 95-42, and that win should hold them in good stead.

St Kilda Saints were narrow losers to the Blues but they played well enough to be considered in Round 23.

We’re expecting a good game to kick off Super Saturday.

The Kangaroos exceeded expectations when scoring a 144-58 win over Port Adelaide last week and that form could continue here.

North Melbourne are out of playoff contention but they did give it a run. Standing in their way this week are the Melbourne Demons, who have been dismal all season.

The Cats will not be happy about giving up the top spot to the Brisbane Lions last week.

That could spell trouble for the Carlton Blues this week, which are a long way out of playoff contention and have little to play for.

Geelong will be looking to reclaim their top spot and they’re a chance of doing so, with the Lions playing the Tigers later in the round.

Bookmakers have 29.5 points between these teams and rightfully so.

The Gold Coast Suns continued their shocking season with a 118-48 defeat at the hands of the Hawks last week.

With only three wins to their name this season, it has been a long grind for the Suns who will be up against it this week.

The Giants will need to rebound after a 126-65 loss to the Western Bulldogs but they’re more than capable of doing so.

It was a close-run thing to the Tigers last week but the West Coast Eagles could rebound against the Hawks.

West Coast are the heavy favourites to win against the Hawks, which were dominant over the Suns last week.

The Hawks need a minor miracle to make the playoffs and with West Coast currently sitting on second equal with Geelong and Richmond, they should come out in full force.

Stick with the Eagles.

The Bulldogs are coming off their season-best performance when winning 126-65 over the GWS Giants last week.

Continuing that momentum will be needed to make the playoffs. It’s a simple win and you’re in scenario for the Bulldogs.

They face the Adelaide Crows, which have been well below par this season and needed to win last week in order to have a chance at making the playoffs.

Strong money with the Bulldogs.

This top-four clash is set to be a Sunday thriller and we’re a little surprised with bookmakers.

We thought Brisbane would be slightly better-favoured in the market, certainly not paying $2.85 to win and remain at the top of the table.

Richmond could end up tied on 64 points with a win and there’s still plenty on the line this week, including a top-four position.

There won’t be much between these two teams but we’re leaning towards the Lions to keep it close.

The Power and the Dockers both underachieved last week when losing their respective games.

Port Adelaide were particularly poor when losing 144-58 to the North Melbourne Kangaroos, which was only three more points than Fremantle scored.

The Power are better at home and that’s why bookmakers are the $1.33 favourites for this game. They should end their season on a high.

Our top rated and recommended bookmaker for round 23 of the AFL season is Sportsbet – JOIN HERE.
Other top rated bookmakers for AFL Round 23 include BetEasy, PlayUp, and SportsBetting.

To find out our best bets for Round 23 of the AFL season, read our full round 23 preview and betting tips!

Read our AFL Round 23 preview and bettings tips to find out all of the fixtures and locations for the round!