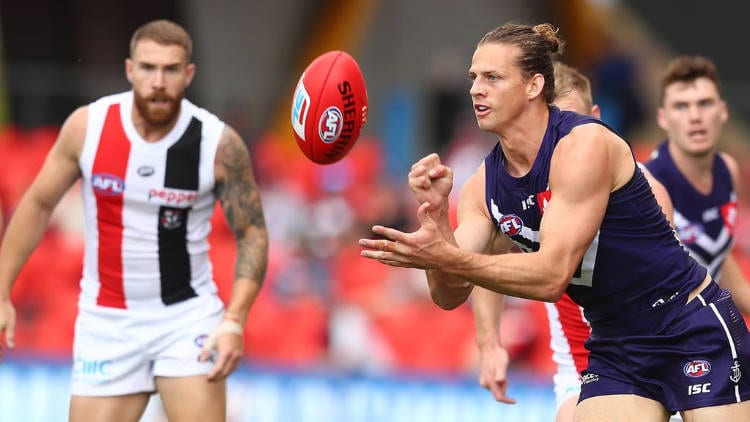 Punters have enjoyed a quality AFL season to date and action continues for Round 7.

Action starts on Thursday night with the Cats vs. Magpies blockbuster and we have expert betting tips for all nine AFL Round 7 games this week.

The Geelong Cats play their second consecutive Thursday night clash when taking on the Magpies this week.

They caused an upset in beating Brisbane last week and that should give this quality team all the confidence they need. It was a 73-46 effort over a team that had been flying, so it’s a good sign.

Collingwood returned to form with a win over Hawthorn. They limited the Hawks to only three goals, which is stout defense.

The value is with the Cats at better than odds on.

Essendon dripped on for victory over the North Melbourne Kangaroos and they could score another win in Round 7.

The Bombers will want to convert more scoring opportunities after scoring nine goals and 13 behinds. However, the Bulldogs scored only seven goals last week.

The Bulldogs went down heavily to Carlton (103-51) and that won’t inspire them much this week. Good value for Essendon backers with bookmakers.

Consistency hasn’t been good for the Giants this season and they didn’t show much fight against Port Adelaide last week.

The 63-46 loss put them on the backfoot this season and it was a season that started with high hopes.

Brisbane also suffered a loss against the Cats, but they have had plenty of time to recover. The nine-day break should see them return to their best form.

It was a defensive battle for the Swans last week, scoring just 26 points in their eight-point loss to the Richmond Tigers.

It’s hard to weigh up that performance but there were positive aspects to take from the game. Gold Coast is also coming off a loss, but the Swans look to have more ability.

Gold Coast have looked good since play resumed but they are slowly reverting to their old form and that bodes well for Sydney.

Not many predicted the Tigers scoring 34 points and beating the Sydney Swans, but that’s exactly what happened.

It was a dour affair but a good defensive effort all the same. It was a similar game for the Kangaroos, who went down by 14 points to the Bombers.

They were in the game and it was there to be taken, but the class of Essendon was too much to handle.

We’re giving the edge to the Tigers in this matchup.

Carlton is coming off their seasons-best performance over the Western Bulldogs. The 103-51 win was a great outing for this club and they will need momentum coming up against the Power.

Port Adelaide has been one of the better teams in 2020 and they returned to form with a win over the Giants.

They should put a number on Carlton this week, despite the Blues’ top effort last week.

Hawthorn is coming off a 27-point game against the Magpies and they will need a big turnaround to take this out.

The Hawks have looked good at times this season, especially when beating Richmond, but that form hasn’t carried forward.

Melbourne is coming off a solid win over the Suns and they could make it back-to-back victories. The $2.20 for the Demons is great value.

The Dockers completed an incredible comeback to beat St Kilda last week but they face a sterner test against the Eagles.

West Coast did what they needed to do against the Adelaide Crows, scoring a 67-34 win. It was a solid effort and one that holds them in good stead against an injury-ravaged Dockers.

Take the Eagles to win and include them in your AFL multibets.

This will be the Crows’ best chance to score a rare win as they face the hurting Saints.

St Kilda had a big lead over Fremantle last week and let it slip. They will find it tough to recover from, but the Crows are woeful this season.

We wouldn’t be surprised to see a close game materialise and the Crows are the team at value odds.

🤑 Who should you bet with for AFL Round 7?

Our top rated and recommended bookmaker for round 7 of the AFL season is Sportsbet – JOIN HERE.
Other top rated bookmakers for AFL Round 7 include BetEasy, PlayUp, and SportsBetting.

To find out our best bets for Round 7 of the AFL season, read our full round 7 preview and betting tips!

📺 How can I watch Round 7 of the AFL season?

🏉 What is the fixture for AFL Round 7?

Read our AFL Round 7 preview and bettings tips to find out all of the fixtures and locations for the round!