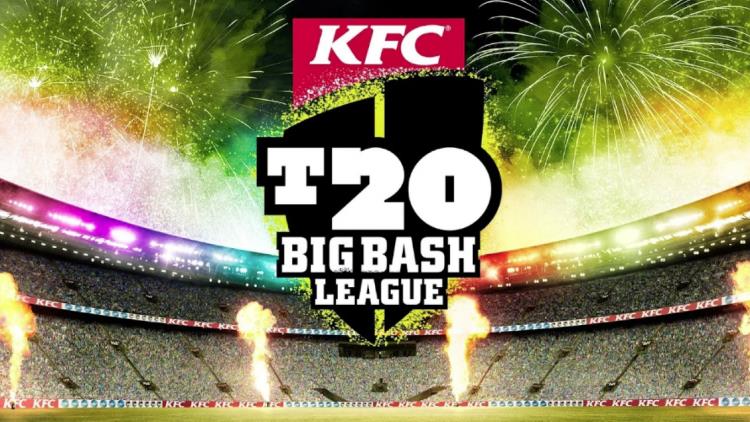 The Big Bash League continues this week, and we have Big Bash predictions and betting tips for all seven games on the card.

Week 6 BBL action starts on Monday with the Strikers vs. Stars. It should be a quality week of cricket action, which also includes an all-Sydney derby on Wednesday night.

The Strikers come off a disappointing loss to the Melbourne Renegades, but they lost with only one ball left in the game.

It was a stunning loss for one of the form teams in the competition, especially coming up against a Renegades team that has failed to score 100 runs on three occasions this season.

A bounce-back performance is needed against the Melbourne Stars, who scored a 10-run win over Hobart last week.

It comes as no surprise to see Melbourne favoured in betting, but expect a close contest.

Perth has hit top gear after improving to four wins and three losses after starting the season in poor form.

The three-time Big Bash champions handled the Sydney Thunder with ease on Saturday night, so that bodes well for another top performance this Tuesday.

Hobart started the season on fire, but they have regressed to third position on the BBL ladder. They scored only 128 runs against the Thunder last week, which isn’t good enough.

Perth could continue their momentum with a comfortable victory.

The Thunder and Sixers lead the BBL, but both teams come off a loss in Week 5. The Sixers scored only 97 runs against Perth, and the Thunder were also soundly beaten by Perth.

Getting back to winning form will be vital for one team, and we’re giving the edge to the Sixers. They have a deep lineup and expert bowlers, which is where the Thunder can struggle.

Sydney Thunder relies heavily on their opening batters, so if Usman Khawaja gets out early, it can be tough to come back from.

Sixers are explosive on their day, so stick with them.

After a dreadful start to the season, Brisbane has made their way up the BBL ladder. They now sit in sixth position with four wins and four losses, and only run differential is keeping them out of a playoff-bearing position.

Currently on the bottom of the ladder is Melbourne, who scored only their second win of the season against Adelaide on Friday night.

It was a much-needed victory for the Renegades, who relied on Mohammad Nabi to score 71 runs in a thrilling chase. However, Aaron Finch continues to disappoint after scoring only 14 runs.

It should be a close game but we are going with the Heat.

The Stars and Strikers do battle on Friday and it should be an exciting contest between two attacking teams.

Melbourne is languishing in seventh position and currently out of a playoff-bearing spot, but they have one of the best teams on paper. They need to become more consistent to win this season, but we wouldn’t write them off just yet.

Adelaide has had four wins and five losses, but they need to rebound from a disappointing loss to the Renegades. They will hope to avoid losses to both Melbourne teams, so it’s an important game.

We are giving Melbourne one more chance to try break a losing streak.

A blockbuster game for Big Bash fans to enjoy on Saturday as the Sixers face one of the hottest teams in the competition.

Sydney sits in second place and they could improve if they beat the Thunder earlier this week, but Perth is scorching hot after winning their last four games.

Setting big totals at home has helped their cause and playing at Manuka Oval won’t be as beneficial to them. However, their stars in Mitch Marsh and Colin Munro have found form at the right time.

Bookmakers could have Sixers as favourites, so take the value with Perth.

It’s a make-or-break week for the Melbourne Stars, who play three times in seven days. They have lost three straight coming into this week, so they need to win at least two games to remain in contention.

The Stars have the likes of Marcus Stoinis and Glenn Maxwell, but they can’t seem to find their groove. The same goes for the Renegades, who have posted only two wins.

They come off a stunning win over Adelaide and that should give them confidence this week. However, their top players aren’t going well enough to have them picked on top this Sunday.

Take the Stars to win the Melbourne derby.