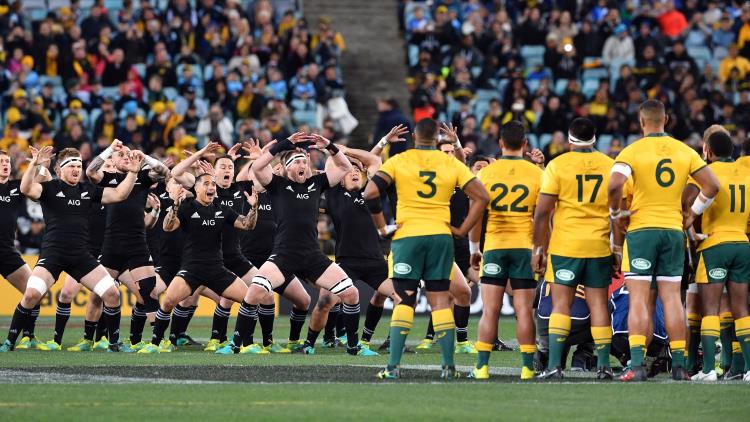 We have expert betting predictions for the first Bledisloe Cup test between New Zealand and Australia this Sunday.

It wasn’t looking likely for a trans-Tasman battle this year but special exceptions have allowed Australia into New Zealand in the hopes of scoring an upset victory.

The All Blacks are the red-hot favourites to win the first test in Wellington and we look at the form of both teams.

We have our best Bledisloe Cup tips, which includes a full game preview.

A lack of recent international play works against both teams and they could come out rusty. However, the All Blacks and Wallabies have been in this position on many occasions.

They haven’t played a test since the Rugby World Cup in 2019, which means it has been 11 months without international action.

The Wallabies were knocked out of the World Cup when losing to England 40-16 in a one-sided affair. It wasn’t a strong performance and it capped off a disappointing campaign.

They also lost to Wales throughout the tournament and failed to put away teams such as Georgia and Fiji with ease.

However, 11 months is a long time, especially when former coach Michael Cheika was finally given the boot. Chieka’s record with the Wallabies was horrendous, but he somehow managed to keep the job for years.

With him gone, it allows the Wallabies to start fresh and launch a winning campaign against their bitter rivals.

The All Blacks also have a new coach following their World Cup semifinal exit against England. They were outplayed in the 19-7 loss, before beating Wales 40-17 in the third-placed game.

New Zealand has an imposing record in the Bledisloe Cup and they haven’t lost at home since South Africa won in 2018.

They haven’t lost to Australia since 2012, which is quite incredible. Australia had a good run in the early 2000’s, winning four Bledisloe Cups, but it has been slim pickings since then.

There is no doubting that the All Blacks have a significant edge over the Wallabies. They have the star players and home ground advantage.

We are picking the All Blacks to win, but see our betting preview for our top tips.

📺 Find out how to watch and live stream the Bledisloe Cup here!

Bookmakers have New Zealand as the $1.14 favourites, with Australia paying $6 to win. We expected that line, so most punters will look to the points spread market instead.

The points spread line is 17.5, which should see an equal amount of action. Given that this is the first test of the new season, the All Blacks could be rusty.

However, the team that should show rust are the Wallabies. They have a lot of new combinations that will take time to gel, and most of the All Blacks players have worked together before.

17.5 points isn’t easy to cover, but the All Blacks can pile on the points quickly and this game could be over by half time. We are expecting them to come out of the gates well and put up at least a 10-point lead at halftime.

That will force the Wallabies to play expansive football, which won’t work against a counter-attack team like the All Blacks.

We also like the look of the halftime handicap betting market. New Zealand are the favourites at –8, which is a good line for punters.

The All Blacks will come out with plenty of aggression and we expect them to cover the halftime spread.