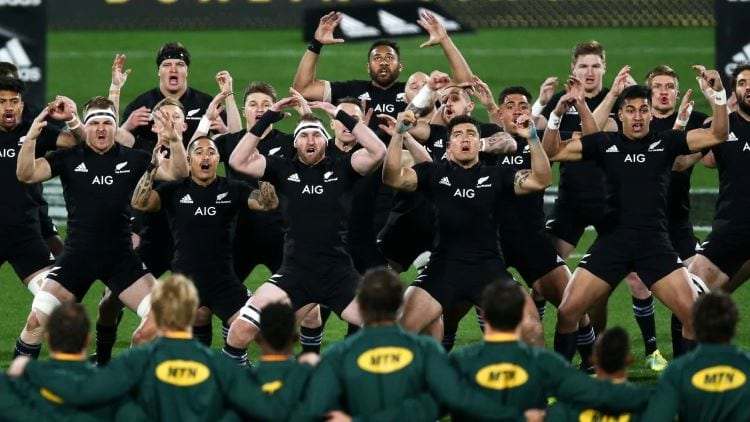 The Rugby Championship is underway and it holds significant importance this year. 2019 is a World Cup year so form shown throughout this tournament is key for later this season.

Both the All Blacks and South Africa got off to a winning start last week and that shapes up for a quality game in New Zealand this Saturday.

All the stars will be out in play and we have taken a look at the best betting markets for the game. The All Blacks are favoured but can South Africa make a game of it?

The All Blacks were expected to beat Argentina last week and they did that, but it wasn’t as easy as many punters had expected.

New Zealand held on to score a 20-16 win after not scoring a point in the second half, but they often come out rusty and that was evident once again.

The overwhelming Rugby Championship favourites haven’t been tested over the last few years in this competition but the likes of Argentina and South Africa have bridged the gap somewhat.

That makes for an intriguing contest in Wellington this week as the Springboks were the complete package against Australia last week. The 35-17 win was a nice opening victory for South Africa and confidence is what they desperately needed.

However, that win did come only against the flailing Australia, which haven’t been the same since Michael Cheika was named coach many years ago.

It’s going to be a much harder ask against the All Blacks on their home soil and although it’s not held at the fortress of Eden Park, beating the AB’s in Wellington is just as difficult.

The All Blacks will get better as this tournament progresses and considering the team they have on paper, South Africa are up against it this Saturday.

It comes as no surprise to see the All Blacks listed as the favourites for this game.

Bookmakers have the World Cup champions as the $1.20 favourites and that’s a good price considering what they have paid in recent games against South Africa.

The line is currently 10.5 and that’s where bookmakers will see most of the action. There has been a steady flow of money coming for the Springboks at the +10.5 line and punters are clearly expecting a close game.

We think the All Blacks will shake off the rust this Saturday and come out in full force. They’re the better team across the park and we think they could have this spread covered by halftime.

The following teams are unconfirmed but likely lineups for the Rugby Championship game between New Zealand and South Africa on Saturday.

Australia takes on Argentina this Saturday night in the Rugby Championship where one of the teams will score their first win of the tournament.

It was a tough opening for the Wallabies but also heartbreak for the Pumas, so that shapes up for a terrific rugby game this weekend.

We have a full game and betting preview for Australia vs. Argentina.

Australian rugby is in dire need of an overhaul but they’re sticking with coach Michael Cheika despite an overall losing record.

Keeping on a coach that has less than 50 percent wins isn’t wise but they’re left with no choice during this World Cup year.

Australia opened their Rugby Championship campaign with a 35-17 loss to South Africa. They did have to play that game in South Africa, but it wasn’t an overly inspiring performance. Much more will be needed to win this week.

Facing Argentina is a difficult task and that was shown during the Super Rugby season. They dominated the Australian teams and although this is international rugby, Argentina is trending in the right direction.

They pushed the All Blacks to within four points last week and held them scoreless in the second half. That’s not easy to do so they deserve plenty of respect.

Argentina plays an up-tempo style and that could play into the hands of the Australians, who also like to throw the ball around. Australia are more structured in their play, however, Argentina poses more of an attacking threat.

The loss of Israel Folau made headlines but Australia will miss him. He added some dynamic backline play and there’s a big hole in the offense now.

This game could come down to momentum throughout the 80 minutes and Australia will need to start well to win.

It was a little surprising to see Australia listed as the $1.49 favourites. That has to be purely down to playing at home because they’re not playing like a $1.49 chance.

The value is clearly with Argentina ($2.62) at Sportsbet. They are the more enterprising team and although they have to travel from Argentina to Australia, they are used to it.

The most important part of this game will be the start. If Australia start well, Argentina will find it tough to come back but if Argentina start well, panic could set in for the home side.

Momentum is certainly with Argentina and if you can push the All Blacks with within four points, you can easily beat Australia given their current form.

Take the value on offer with Argentina and bookmakers are also offering a +4.5 points start – Bet Now

The following teams are unconfirmed but likely lineups for the Rugby Championship game between Australia and Argentina on Saturday.