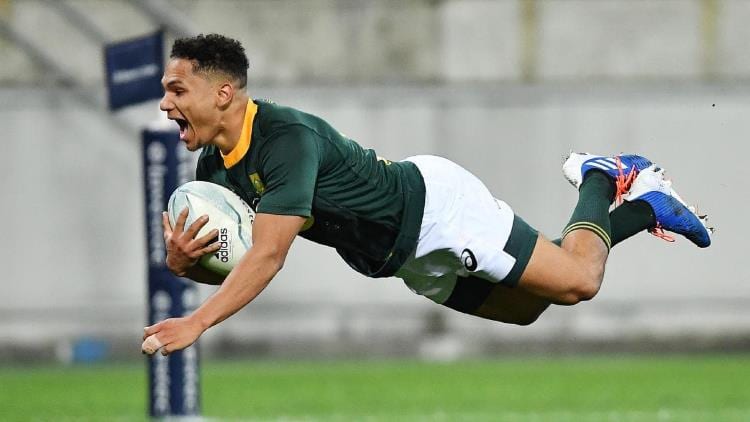 5:40am Argentina vs. South Africa

Argentina hosts South Africa in the third round of the Rugby Championship this Sunday morning.

The hosts have yet to win after losing to New Zealand and Australia, but they’re easily the most-improved team in the competition.

South Africa have exceeded expectations so far having beaten Australia and scoring a draw against New Zealand.

Because of that form, bookmakers have the Springboks as the favourites for this game but we could be smelling a Sunday morning upset.

Argentina are always tough to play at home and the All Blacks found that out three weeks ago.

They held the All Blacks to no points in the second half of their 20-16 loss and they had a great chance to score their first Rugby Championship win over the men in black.

A meeting with Australia followed and although beaten 16-10, they were in the game throughout and only needed some luck to go their way.

There’s not much difference between Argentina and the likes of Australia and South Africa. This Sunday will be a good guide to that as they face a confident South African team.

South Africa started their 2019 campaign with a 35-17 thrashing of Australia in South Africa before travelling to New Zealand and coming away with a draw.

The Springboks looked good throughout that game and despite being behind by 7 points with only minutes to go, they somehow found a way to cross the line. It came via a chip and chase, but it was stunning none-the-less.

Confidence is key for this Springboks team as they look to build towards the World Cup and they have a team which has improvement. They have put the shocking results from the past couple of years behind them, which is good to see.

There are certainly quality aspects to both teams this Sunday and it could be a tricky game for punters to bet on.

We don’t think bookmakers are respecting the talents of this Argentinian team. They play an up-tempo style of play and that could worry the South Africans, who enjoy a slower pace.

They haven’t shown anything to suggest they couldn’t handle the South Africans and playing on home soil is always an advantage.

Bookmakers have Argentina at $2.90 and that’s good enough for punters to take in the head-to-head market.

For less risk, punters should opt for the +6.5 in the points spread market. That pays $1.90 but the line could drop as there has been a steady flow of money for the home side.

If you’re looking for a little more value, Argentina 1-12 could be the go. If they do win, it’ll likely be a close game and that pays $4 with bookmakers.

Exotic betting options are always a bit of fun and the first stoppage in play is a quick way to get paid.

Lineout/Thrown In is the most popular option at $1.85 but because Argentina loves to throw the ball around, we’ll go with Scrum at $3.

The following teams are unconfirmed but likely lineups for the Rugby Championship game between Argentina and South Africa on Saturday.