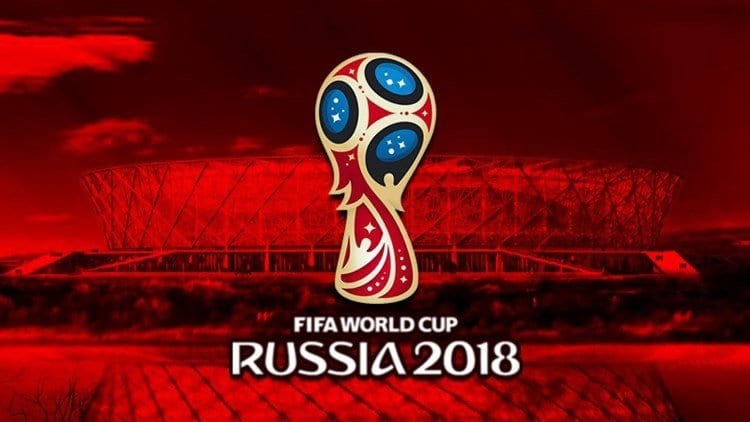 The wait is finally over and the 2018 FIFA World Cup is finally upon us as the globe’s attention turns towards Russia where 32 national teams converge in search of the FIFA World Cup trophy. 5-time winners Brazil seem very much like the team to beat in Russia but the usual suspects of Argentina, Germany, France and Spain will be eager to make their impact on the competition.

Here are our picks for the opening round of fixtures at the 2018 World Cup:

The waiting and the speculation is almost over as the World Cup is set to get underway in Russia with the home nation taking on fellow minnows Saudi Arabia in what promises to be an intriguing encounter between two of the fringe sides in the competition. This could be an attritional start to the World Cup but the prospect of Russia getting a win in their first game will whet the appetite for all the fans ready for a month of footballing fun.

The two favourites to progress from Group A face off in an intriguing battle between two of the genuine outsiders for glory in Russia. Uruguay are the top ranked team in the group and have been permanent fixtures at the latter stages of competitions in recent years whilst Egypt will be hoping Mo Salah is fit to play some part in the World Cup after his Champions League final was halted through injury. This should be a fantastic team between two forward thinking sides but Uruguay should have too much on the biggest stage.

Betting tip: Uruguay to win the match and both teams to score ($4.8) – BET NOW

Two of the World Cup minnows face off in the opening match in Group B in what could be a pivotal game for both sides. Qualification for the competition is a huge achievement for both sides who will be looking to enjoy the adventure of taking part in the most prestigious tournament in world football. The other two teams in the group are Portugal and Spain so a win here foe either side would put pressure on the European giants early on. This should be an attritional encounter that neither side will want to lose and it could be fascinating to watch.

Two neighbours and European heavyweights, with absolutely no love lost, face off in Group B. 2010 World Cup winners Spain perhaps don’t possess the same strength in depth they have done in previous years but have a wealth of experience at international level whilst Portugal are the current European Champions and with a certain Cristiano Ronaldo in their ranks – anything is possible. Both sides won’t want to lose at it will present an opportunity to the group minnows meaning it could be a very tight game between two closely matched teams.

1998 World Cup champions France get their 2018 campaign underway against Australia in what promises to be an intriguing battle in Group C. Les Blues possess one of the most exciting squads in world football and look to have another golden generation on their hands whilst the Socceroo’s are notoriously resolute and efficient in big tournaments which should add to the spectacle. France will need to get their show on the road quickly and should have too much for the Socceroo’s.

2014 World Cup finalists Argentina will be looking to go one better this time around but will have to be at their best to qualify from a tricky-looking draw in Group D. Iceland are their first opponents and after their heroics at Euro 2016 – where they famously beat England – few would bet against them rising to the occasion once again on the biggest stage of all. Argentina are one of the favourites to lift the trophy and will need to get going here against a resolute Iceland side that may not be able to cope with Messi and co.

2:00am Peru vs Denmark – Mordovia Arena

Two teams with genuine hopes of progressing at the World Cup meet in what promises to be an intriguing clash of styles in Group C. Peru are ranked in the top 10 in the world currently and look to possess many weapons to go far in the tournament whilst Denmark have a tried and tested playing style that could hold them in good stead were they to progress to the latter stages of the competition. This should be a real hum-dinger between two good sides that will both be prioritising not losing.

5:00am Croatia vs Nigeria – Kaliningrad Stadium

World Cup Group D looks one of the toughest to call across the competition and two teams that are representative of exactly that are Croatia and Nigeria. Both sides have squads full of international experience and knowhow and will both more than fancy their chances of progressing through the group stages to the knockout rounds. This should be a super game between two strong teams but Croatia will fancy their chances of getting a win on the board.

Two teams who will be looking to cause a huge upset face off in Group E in what promises to be a fascinating battle. Tournament favourites Brazil look to be the big issue for both Costa Rica and Serbia in the group so they will both be targeting games like this to pick up points from in their quest for qualification to the knockout stages. This should be a very watchable game between two solid teams who could well cancel each other out on the biggest stage.

Defending champions Germany get their World Cup campaign under way with an intriguing encounter against Mexico. Preparations for Russia haven’t been ideal for the Germans who have seen their fans jeer some of their own players and with some big name omissions from the squad, Joachim Low will be hoping his players can deliver on the biggest stage. Mexico won’t make life easy for Germany but with a wealth of experience and talent in their squad, Germany should have no issues in their opening game of their trophy defence.

4:00am Brazil vs Switzerland – Rostov Arena.

Pre-tournament favourites Brazil get their campaign underway with a tricky-looking opener against Switzerland. No team has won the world’s flagship competition as many times as the ‘Samba Boys’ and the current crop of Brazilians look primed and ready to launch an assault on world football and avenge their 2014 disappointment in front of their home fans. Switzerland will be very organised but Brazil have so many options to call upon and should win comfortably.

Two teams looking to make an early impact on Group F in what should be a fascinating clash of styles. Sweden, who are known for their defensive, organised style – managed to eliminate Italy on their route to the finals whilst South Korea continue to be one of the principal flag-bearers for Asian football and always seem to deliver on the biggest stage. With Germany in the group, a win for either side here would put the pressure on but they could well cancel each other out.

Two teams looking to make very different impacts in Russia are Belgium and Panama who face off in what promises to be an intriguing encounter. Belgium are one of the genuine outsiders for the trophy in Russia with their talented squad whilst Panama have qualified for the World Cup for the very first time and will be looking to embrace the adventure ahead. Belgium couldn’t have asked for a more desirable start to their campaign and will want to get their World Cup and running with a handsome win here.

4:00am England vs Tunisia – Volgograd Arena

The Three Lions have notoriously struggled in recent tournaments, which has prompted Gareth Southgate to choose a young, fresh squad and he’ll be keen to get wins under their belt as early as possible with a match against Belgium on the horizon whilst Tunisia, who have impressed in their warm-up matches will be looking to frustrate England as they hope to sneak qualification from Group G. Both sides will be giving it their all on the biggest stage but England should have too much quality to get past Tunisia here.

2014 surprise package Colombia look set to go again in Russia as they kick their campaign off against Japan. Their performance in Brazil was a huge marker for Colombian football and propelled the likes of James Rodriguez on to the biggest stage. They are the top seed in a very interesting group that features 4 teams from 4 different continents and Japan will pose some genuine threats. Colombia should have too much about them but if they are not at their best, Japan could punish them.

Betting tip: Colombia to win the match and both teams to score ($4.35) – BET NOW

Two teams with realistic hopes of qualification meet in their opening game in Moscow as Poland take on Senegal. Poland have become one of the strongest teams in Europe, spearheaded by Robert Lewandowski whilst Senegal progressed with ease from their African qualifying group. Both sides feature in the most open and diverse group of the opening round and will be both keen to avoid defeat – suggesting a draw could be on the cards.

We’re backing six results in the opening round of fixtures as a six-fold with a betting stake of $50: