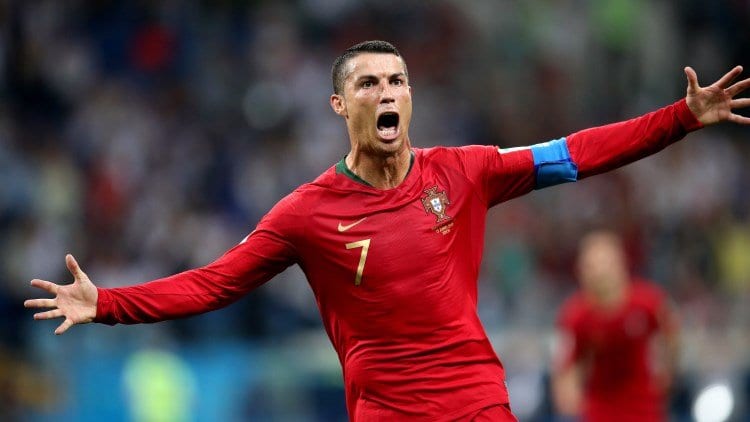 World Cup fever is in full flow following the first round of fixtures and with many shocks and surprises already, it’s promising to be one of the most exciting tournaments in recent times. Hosts Russia got off to a flying start, whilst there was late drama for England, Iran, Uruguay and Portugal. Defending champions Germany suffered a shock defeat to Mexico whilst Brazil and Argentina were held by Demark and Iceland respectively.

Here are our picks for the second round of fixtures at the 2018 World Cup:

Hosts Russia will be looking to push on towards the knockout stages at they take on Egypt at in Saint Petersburg. Their 5-0 win over Saudi Arabia kicked off the tournament in impressive fashion last week and a win here would see them through. The return of Mohamed Salah looks to be integral to Egypt’s chances and the Liverpool man looks set to make his World Cup debut here. This should be a tight game between two sides with plenty to play for.

Cristiano Ronaldo once again delivered in Portugal’s opening day draw with Spain with a sensational hat-trick. He will be looking to fire his team once again towards victory as they take on Morocco in Moscow, who will be looking to bounce back from their gut-wrenching defeat to Iran in the dying embers of their game. Morocco need 3 points to keep their World Cup dream alive but Portugal look to have way too much about them.

Uruguay will be looking to book their place in the last 16 of the World Cup as they take on group minnows Saudi Arabia in Rostov. They picked up an attritional 1-0 win over Egypt in their opening game and once again looked impressive in tournament football. Saudi Arabia really struggled against Russia and look to be out of their depth at World Cup level. Uruguay will be looking to improve their goal difference here.

2010 winners Spain showed impressive resolve to come back twice against Portugal in one of the all-time opening World Cup matches. Despite the speculation surrounding the side all week they have many big names in their ranks and need a win here. Iran picked up a famous 1-0 win over Morocco and if they could get anything here, group qualification becomes a possibility. Spain should have way too much in reserve though.

The Danes can book their place in the knockout stages with a win over the Socceroo’s following their 1-0 win over Peru on Saturday. Australia meanwhile need all 3 points to stay in the competition and despite their impressive performance against France, currently prop up Group C. This should be a very tight game that could well end up level.

1:00am France vs Peru – Ekaterinburg Arena.

Another team that can guarantee progress with a win are France. Les Blues have been one of the stand out teams in world football in recent years and came of age once more against Australia last time out. Peru will feel aggrieved to have lost to Denmark in their opening games and will need to get back to winning ways here. France look very good and could have too much for Peru when it matters.

In what could be one of the matches of the round, Argentina take on Croatia with Messi and co. looking to bounce back from their disappointing defeat to Iceland. Anything other than a win puts Argentina under massive pressure for the rest of the group stage and it will be fascinating to see how they fare against a Croatia side what impressed against Nigeria. This could be a very even game that Argentina could struggle in.

Brazil will be looking to get back to winning ways as they face off against Costa Rica in Saint Petersburg. Tite’s men were held by Switzerland in their opening game, raising huge question marks for their players and fans but the pre-tournament favourites have lots of quality at their disposal. Costa Rica were unlucky in defeat against Serbia and need to win here to avoid heading home. Brazil should get the job done comfortably here though.

1:00am Nigeria vs Iceland – Volgograd Arena.

The Viking dream continues in tournament football following Iceland’s famous 1-1 draw with Argentina last time out. They will be looking to pick up more points here against a Nigeria side that struggled to make an impact in defeat against Croatia last time out. This could be a fascinating encounter between two teams that adopt hugely contrasting styles and could well cancel each other out.

4:00am Serbia vs Switzerland – Kaliningrad Stadium.

Two teams that impressed in their group operners face off as Serbia take on Switzerland. The Serbs top the group following their 1-0 win over Costa Rica whilst Switzerland showed great resolve to pick up a point against Brazil and blow Group E wide open. These two sides adopt very similar styles and will be looking to keep things simple in key areas – meaning it could well be a draw.

Belgium will be looking to assert their dominance on Group G as they take on Tunisia. Their impressive 3-0 win over Panama was one of the most convincing wins of the tournament so far and they look like one of the teams to watch. Tunisia meanwhile were agonisingly close to a point against England and need to get something here to stay in the competition – Belgium should have too much though.

Mexico will be looking to build on their famous win over Germany as they take on South Korea in a crucial match for both sides. A win for Mexico will guarantee progress to the knockout stages whilst South Korea need a result following their opening 1-0 defeat at the hands of Sweden. This could be a very entertaining game that Mexico – full of confidence – could well win.

Defending champions Germany will need to win against Sweden in order to have any realistic chance of qualifying for the knockout stages of the World Cup. Their 1-0 defeat at the hands of Mexico rocked the tournament and will give Sweden huge optimism – heightened by their 1-0 win over South Korea. This could be a real battle that Germany should just about have enough for.

The Three Lions managed to get their World Cup off to a winning start at the hands of Tunisia and will be looking to book their path to the knockout stages here with a win. Panama struggled at the hands of Belgium and will need to improve dramatically to progress here. England should have way too much about them for Panama and book their place in the next round.

1:00am Senegal vs Japan – Ekaterinburg Arena.

In yet another intriguing clash, Japan take on Senegal with both sides looking to keep their World Cup dreams alive. Japan look well equipped to have an excellent tournament in Russia whilst Senegal with the likes of Sadio Mane in their ranks will be a match for absolutely anyone. This could be a tight game between two very evenly matched sides.

4:00am Poland vs Colombia – Kazan Arena.

Two teams with realistic hopes of qualification meet in Rostov with Colombia taking on Poland. In what looks to be the most open group of the first round, both sides will be looking to assert their dominance on the game and the group as quickly as possible. This looks a very even match on paper between two very contrasting teams, which should make it a real spectacle.

We’re backing six results for the second round of fixtures as a six-fold with a betting stake of $50: