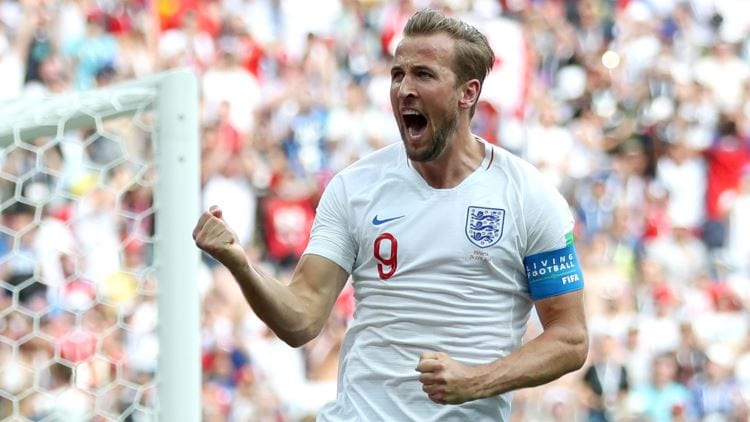 The World Cup group stages come to an end with another round of enthralling fixtures on the horizon – with a plethora of teams vying to reach the knockout stages. Many of the pre-tournament favourites still have work to do to secure their place in the next round with the likes of Brazil & Germany needing last gasp goals to keep their World Cup hopes in their hands.

Here are our picks for the final round of group stage fixtures at the 2018 World Cup:

All odds are with Sportsbet – our No. 1 rated bookmaker. You can join Sportsbet by clicking HERE..

Two teams with their path to the knockout stages secured meet in a fascinating group ending encounter. Uruguay have been attritional in their approach so far, sneaking past Egypt and Saudi Arabia to qualify whilst Russia have enthralled their home nation with two impressive wins to upset the form book and progress to the last 16. This could be a very even game between two teams focused on the knockout stages.

Two sides heading home face off in a consolation clash in Group A with both sides keen to register their first points at the 2018 World Cup. Saudi Arabia have struggled in both of their matches at World Cup level whilst Egypt have failed to live up to pre-tournament optimism – accentuated by the fitness problems for their star man Mo Salah. Egypt should have enough here though to pick up a win before they head home.

4:00am Iran vs Portugal – Mordovia Arena

A group defining clash awaits in Mordovia as Iran and Portugal face off with a place in the last 16 guaranteed for the winner. Iran have impressed so far at the tournament, beating Morocco and performing admirably in defeat to Spain to leave themselves on 3 points. Portugal have 4 points and have scored 4 goals, all through Cristiano Ronaldo and can guarantee a place in the last 16 with a point here. Iran will be tough to break down but Ronaldo and co. will get the job done.

4:00am Spain vs Morocco – Kaliningrad Stadium.

A win for Spain here will guarantee their progress to the last 16 whilst Morocco will be feeling a little aggrieved to be heading home after this match – regardless of the result. Spain snuck past Iran last time out and have 4 points from their opening 2 games whilst Morocco are yet to register a point – despite having the better of the play against Portugal. Spain need a win here to be absolutely sure and should get it.

Two sides without a win at the World Cup 2018 face off in what should be a fascinating encounter. Peru are yet to score a goal at the tournament and are heading home – regardless of the result here whilst Australia could ramp up the pressure on Denmark above them with a win. Both sides have impressed without getting the results so far in Russia and could well cancel each other out.

Two sides with their destiny in their own hands meet in Moscow with their eyes sure to be on the knockout rounds. France are already assured their place in the last 16 and could well rest key players whilst Denmark will be assured of progress with a point in this game. This could be quite an even game between two sides that have impressed so far in Russia and they could well cancel each other out.

Argentina need a win to keep their World Cup dream alive following their humbling 3-0 defeat to Croatia last time out whilst Nigeria put themselves in a fantastic position to qualify with an impressive 2-0 win over Iceland. The pressure has been ramped up on Lionel Messi and his Argentina side and the world waits with baited breath to see if they can progress – whilst Nigeria and co. will be practically guaranteed of progress with a draw here.

4:00am Iceland vs Croatia – Rostov Arena.

World Cup surprise package Croatia are sitting pretty at the top of Group D and they will be sure to have one eye on the knockout stages as they take on Iceland – who themselves have an outside chance of qualification from the group with a big win here. Croatia can afford to rest players here but look to have really strong team and they will want to keep their momentum going with the last 16 looking.

12:00am Mexico vs Sweden – Ekaterinburg Arena.

Two sides that have impressed so far at World Cup 2018 face off in an intriguing encounter in Group F. Mexico have set the World Cup alight with strong performances against Germany and South Korea whilst Sweden were seconds away from eliminating Germany in their last game. Mexico can assure qualification with a point here whilst Sweden could fire themselves into the qualification picture with a win. A fascinating encounter awaits.

Germany were seconds from being all-but eliminated last time out against Sweden before Toni Kroos’s 95th minute free-kick changed the World Cup landscape for the holders. South Korea have been on the end of 2 defeats so far in Russia and have struggled in very tough group. Germany will be riding the crest of a wave and should comfortably get the job done here to put pressure on Mexico and Sweden above them.

A place in the last 16 will be assured for Switzerland with a win here following their last-gasp 2-1 win over Serbia last time out. Costa Rica meanwhile are heading home, despite plucky performances against Brazil and Serbia but they are sure to want to go out on a high here. Switzerland have shown impressive resolve so far in Russia and should get the job done to progress to the last 16.

Betting tip: Switzerland to win the match and both teams to score ($4.75) – BET NOW

Despite not reaching the heights many expected, Brazil look to be in an excellent position to progress from Group E following their last gasp win over Costa Rica. Serbia have 3 points from their opening 2 games and a win here would see them through to the last 16. Brazil are the clear favourites and should get the win they need to progress and finish top of Group E.

A group-defining encounter awaits in Samara as Senegal and Colombia face off in what should be an intriguing battle. Senegal have 4 points from their opening 2 games whilst Colombia have 3 meaning a win for either side will propel them to the knockout rounds. This could be a very cagey game but Colombia have to go for the win and should just about have enough about them here to win and progress from Group H.

Betting tip: Colombia to win the match and both teams to score ($4.3) – BET NOW

Japan can secure their place in the last 16 with a win over Poland – who are heading home, regardless of the result in what has been a very disappointing World Cup for the Poles. Japan have 4 points from their opening 2 games and have impressed against Senegal and Colombia. Confidence seems high in the Japanese camp and low in the Poland one – suggesting Japan should pick up an attritional win here.

4:00am England vs Belgium – Kaliningrad Stadium.

Two European heavyweights clash at the top of Group G with their respective places in the last 16 assured and only group standing to play for. Both Belgium and England have impressed in their performances against Panama and Tunisia and they both look well placed to make an assault on the World Cup this year. Both sides will rest with one eye on the last 16 and could well cancel each other out.

Betting tip: The match to finish as a draw and both teams to score ($4) – BET NOW

4:00am Panama vs Tunisia – Mordovia Arena.

Two sides playing for pride face off in Group G following defeats in their opening matches. Tunisia troubled both England and Belgium but ultimately came up short whilst Panama suffered heavy defeats against both sides in their first ever World Cup appearance. Panama will be plucky but Tunisia look well placed to get the win and go out of the World Cup on a relative high.

Betting tip: Tunisia to win the match and both teams to score ($3.6) – BET NOW

We’re backing six results in the final round of group stage fixtures as a six-fold with a betting stake of $50: