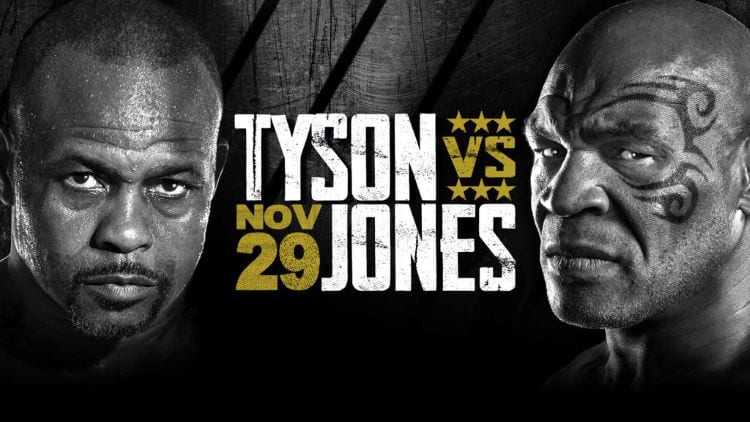 Just when you thought you had seen it all, Mike Tyson and Roy Jones Jr come out of retirement for an exhibition fight this weekend.

Boxing fans were excited for this fight and were hoping to see Mike Tyson at his knockout best. However, rules and regulations have put a dampener on the fun.

Neither fighting is allowed to knockout the other, which means we won’t be able to see Tyson at his lethal best. It also takes away from any competitiveness, because who knows what type of punch is capable of knocking the elderly fighters to the canvas?

Also, if either fighter gets injured or suffers a cut, the fight will be immediately stopped. However, it has created interest and some bookmakers do have betting options available.

Up until Wednesday, Sportsbet had a head-to-head market available. However, with the rules being published, the market has been taken down.

We preview the Tyson vs. Jones fight, to see which former superstar will come out ahead.

📺 How to Watch Mike Tyson vs. Roy Jones Jr.

Mike Tyson hasn’t had a professional fight since 2005 when he lost to Kevin McBride. It was only his sixth career loss, but he ended his career with consecutive losses.

After losing three titles to Lennox Lewis in 2002, Tyson was never the same fighter. His career was chequered, which included numerous incidents. Most notably was the biting incident against Evander Holyfield and a no-contest against Andrew Golota for failing a drug test.

However, at his best, Tyson was the best knockout puncher in the history of boxing. He had a lethal right-hand and his uppercut was something to behold.

Unfortunately, ‘The Baddest Man on the Planet” won’t have use of his knockout power, especially against a lighter opponent in Roy Jones Jr.

The American fought at cruiserweight, so this fight would never have happened during their professional careers. However, being a lighter fighter against a noted knockout puncher could help.

Jones will score points more easily and his last professional fight came in 2018, so he’s by far the fitter fighter.

He ended his career with four consecutive wins and retired with the WBU cruiserweight title around his waist. He wasn’t fighting tough opponents, but his confidence will be up.

His most recent notable fight came against Bernard Hopkins in 2010, which resulted in a 12-round unanimous decision loss. He fought admirably in that fight, but would subsequently be knocked out by Denis Lebedev four months later.

Because of the rules set in place, Jones has every chance to beat Tyson, which is why bookmakers have taken the prices off the board.

Jones had no early support with bookies as the $2.47 underdog, but if prices do go back up, expect that price to be much shorter.

Tyson will be the fan favourite, but he is well past his prime and Jones hasn’t been retired for very long. Expect Jones to score a narrow points decision victory, unless Tyson goes against the rules and tries to knock him out.

How to Watch & Live Stream Tyson vs. Jones Jr.