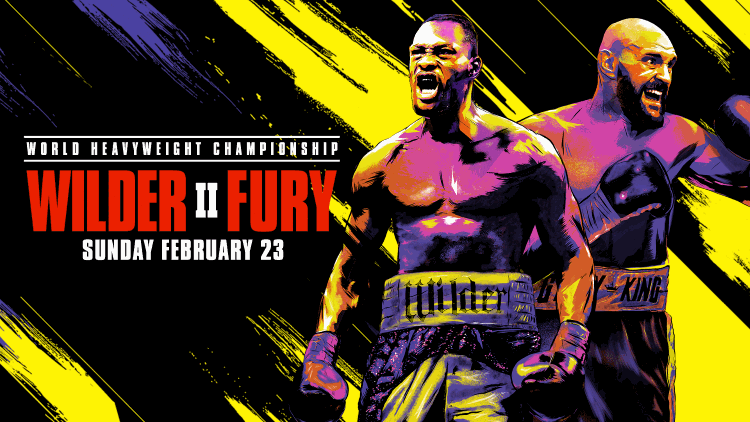 The heavyweight division finally has a rivalry that could be one of the best in history. Wilder vs. Fury II hits the screens this Sunday and what a fight it’s going to be.

The first installment ended in a controversial draw, which saw Fury leading throughout the fight but being knocked down twice late in the bout. Will history repeat itself? Or will one fighter come out victorious after 12 rounds of boxing?

We look at the chances of both Deontay Wilder and Tyson Fury, as they do battle in Las Vegas.

It’s always tough to predict a fight where only one fighter is considered strong enough to knock the other out. In this case, Deontay Wilder is the power puncher and his only chance of winning is to knock Fury down to the canvas.

If that doesn’t happen and Fury is able to keep the fight standing, he’ll more than likely outscore Wilder. Fury likes to pick his punches and score points. He’s not looking for the killer blow and that’s his style of fight. It almost worked in the first fight, but he left himself exposed and got knocked down twice.

Fury did amazingly just to get off the mat, when it looked for all money that he was knocked out. We fear that if Wilder lands a clean punch this Sunday, Fury won’t have the ability to get his legs underneath him. However, Fury is a smart fighter and that’s why bookmakers have framed an even market.

When markets were released, we expected Wilder to be the $1.60 favourite. He possesses one of the best punches in the history of the division and he’s learning the fighting craft. His one downfall is having the ability to land these punches early in the fight.

Fury will build an early lead in the fight through a steady dose of jabs, and he should be more alert to the power of Wilder. He underestimated his right-hand last time and he surely won’t make the same mistake twice.

Bookies have both fighters at $1.90, so no matter which fighter you prefer, you’re getting good odds.

We’re going with Tyson Fury in this matchup. He is the more technical fighter and he could frustrate the overconfident Wilder as the fight goes to the later rounds. If Fury is three or four rounds ahead on the scorecards, Wilder will be shooting for the big blow. Fury should see this coming and be able to dance his way around the ring.

If you’re looking for a little more value on the fight, there are some good exotic betting options available.

Because we think Fury wins the fight, there’s every reason to bet on Fury winning via decision. If he does win, it’s unlikely to come via a knockout. He’s not that kind of fighter and punters are getting decent value for this option.

Fury by decision is paying $2.63 @ Sportsbet.com.au, and that’s good value in our eyes.

Sportsbet is also running a Bets on tap option, which gives punters plenty of exotic betting options. You can choose the odds category you prefer and we like the look of the $7 – $20 section.

It includes many exotic options and our favourite is Wilder to have a point deducted @ $10. That’s not a bad price given that he can get frustrated and he could land a blow after the round has finished.

Wilder will be behind on the scorecards and with desperation comes stupidity. It’s a fun betting option and it could easily happen in this fight, which has always been testy between both fighters.

Looking for an almighty betting option that pays $71? The odds of it happening are slim but boxing can be a crazy betting sport at the best of times. The $71 pays for both fighters to be knocked down and the fight ends in a draw.

It almost happened last time they met and although we wouldn’t advise on a big bet, it’s worth a small wager for fun.