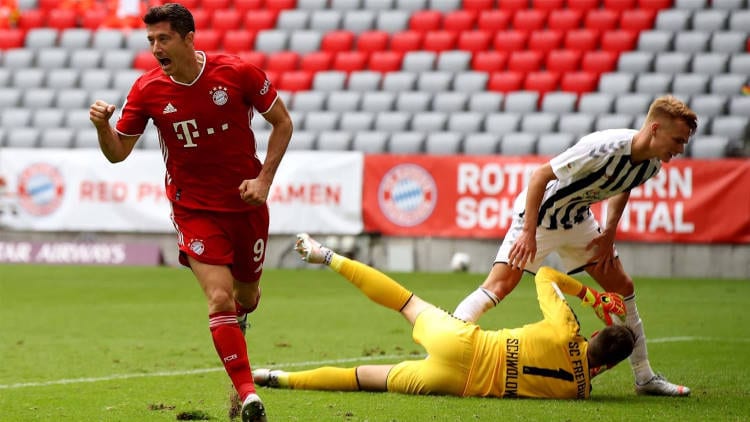 As the final weekend of the Bundesliga season approaches, attention turns to the battle for survival and the race for a top 4 finish. Bayern Munich clinched yet another Bundesliga title earlier this month and they along with Borussia Dortmund and RB Leipzig are guaranteed of their place in the Champions League next season. Borussia Monchengladbach and Bayer Leverkusen meanwhile continue to battle it out for that final place in the top 4. At the bottom of the table, Paderborn are relegated but Werder Bremen and Fortuna Dusseldorf are in a battle for to finish in the relegation play-off spot – to give them a chance of staying up against the 3rd placed side in Bundesliga II. With all the games kicking off at the same time, it promises to be a fascinating weekend of Bundesliga action.

Here are our picks for the final round of fixtures in the Bundesliga:

RB Leipzig travel to Augsburg as they look to finish the season in style. Hosts Augsburg have struggled for form since returning to action and find themselves 15th in the table. With a 6-point gap to the drop zone however they are safe and will be looking to build momentum towards next season. For Leipzig, it is very much the end of an era as Timo Werner is set to play his last game for the club before he moves to Chelsea and they will want to go out on a high. They are also still in the Champions League this season and will want to carry on their form into European competition too. Augsburg have struggled in recent weeks and Leipzig should pick up a solid away win here.

Betting tip: RB Leipzig to win the match and both teams to score ($1.95) Bet Now

Bayer Leverkusen will be hoping to keep the pressure on Borussia Monchengladbach as they take on Mainz. Leverkusen lost last week at Hertha Berlin and now have a 2-ppoint deficit to make up on Gladbach above them. Ensuring Champions League football next season could be vital to their hopes of keeping star man Kai Havertz, making this a huge game for the club. Mainz meanwhile have won 3 of their last 4 Bundesliga matches and have climbed up to 13th in the table as a result. They are well clear of the relegation shake up and they will enjoy potentially spoiling the party for Leverkusen here. This should be a close encounter, but Leverkusen should have enough to prevail.

Betting tip: Bayer Leverkusen to win the match and both teams to score ($1.8) Bet Now

Borussia Monchengladbach will be looking to secure a top 4 finish as they take on Hertha Berlin. Following their excellent win on the road at Paderborn last time out, Gladbach sit 2 points clear of Bayer Leverkusen, knowing that a win here will see them home. For Hertha Berlin meanwhile, this is another free hit as they look to upset one of the big boys once more. They put a huge dent in Bayer Leverkusen’s top 4 hopes last weekend, and they will be hoping to repeat the feat here. With so much at stake, this could be cagey but Gladbach should get the job done at home.

Borussia Dortmund will be hoping to finish the season in style as they welcome Hoffenheim to Signal Iduna Park. Dortmund will finish 2nd in the table, regardless of the result here and have enjoyed a solid Bundesliga season. Much of the summer talk will centre round whether they can keep their prized assets with Jadon Sancho and Erling Haaland both potentially leaving the club, but they will want to go out on a high. Hoffenheim will be desperate to keep the pressure on Wolfsburg above them as chase a top 6 finish. They ran out comprehensive winners over Union Berlin last time out and they will be desperate to clinch 6th place and a coveted Europa League slot. This should be a thrilling encounter that Dortmund should just about prevail from.

Betting tip: Borussia Dortmund to win the match and both teams to score ($2.55) Bet Now

In form Frankfurt welcome relegated Paderborn in what is a dead rubber for both sides. Frankfurt have been in good form since the resumption of the campaign and have climbed up to 9th in the table, having flirted with the relegation places earlier in the season. Paderborn meanwhile have been uninspiring all season – only managing to win 4 Bundesliga matches and they will be looking towards next season already. Paderborn never completely roll over but Frankfurt are a good side and they should pick a routine three points here.

Two sides locked in mid table face off on the final day of the season as Freiburg take on Schalke. Hosts Freiburg meanwhile are in decent form and find themselves flying high in the table in 8th. They were well beaten on the road at Bayern Munich last week, but they have impressed since the season restart. Schalke meanwhile have only picked up two points from their first 8 since games returning to action and having dropped down to 11th in the table and look to be a team low on confidence. Their 4-1 home defeat to Wolfsburg last Saturday was particularly worrying and they look to be waiting for the season to end. Schalke are really struggling, and Freiburg should finish their season in style here.

Fortuna Dusseldorf will be looking to keep their slim hopes of survival alive as they travel to Union Berlin. The hosts are mathematically secure in the Bundesliga once again this season and are sitting pretty in 12th, having navigated their route to safety since the season restart. Fortuna Dusseldorf meanwhile will be desperate to hang on to 16th place in the table, in order to have the relegation play-off with the 3rd placed team in Bundesliga II. They currently have matters in their own hands and at least a point here would see them guaranteed 16th place. Fortuna Dusseldorf should win this one, simply by virtue of having more to play for.

Werder Bremen will be looking to ramp up the pressure on Fortuna Dusseldorf as they take on FC Koln. The hosts have fought hard to maintain their Bundesliga status since the season restart but look to be slipping towards the drop. They sit 2 points behind Dusseldorf and will need a win here to have any chance of catching them. FC Koln meanwhile sit 14th in the table and look to be mentally on the beach Since the season restart, they have been sluggish, and they will be eager to focus their attention towards next season. Werder Bremen are fighting for their lives and they should pick up a home win here, even though it could be too little, too late.

Champions Bayern Munich travel to Wolfsburg, who will be desperate to hang on to 6th place in the table and European football next season. Wolfsburg only lead Hoffenheim on goal difference and they will be eager to fend off the challenge. They ran out comfortable 4-1 winners at Schalke last time out and look well set to go the distance this term. Bayern Munich meanwhile are still chasing a treble, with both the DFB Cup and the Champions League very much on their agenda. Although they have wrapped up the title, Bayern aren’t a side that roll over easily and this could well end up being a draw at the Volkswagen Arena. 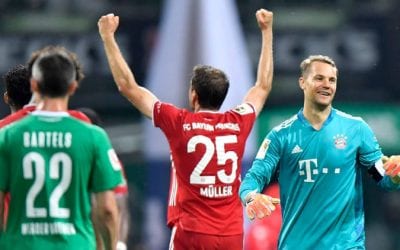 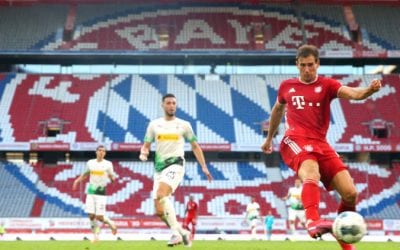 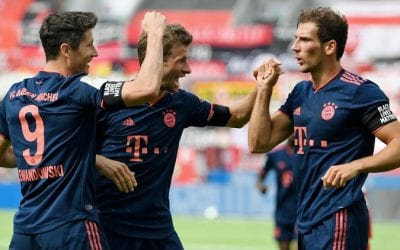