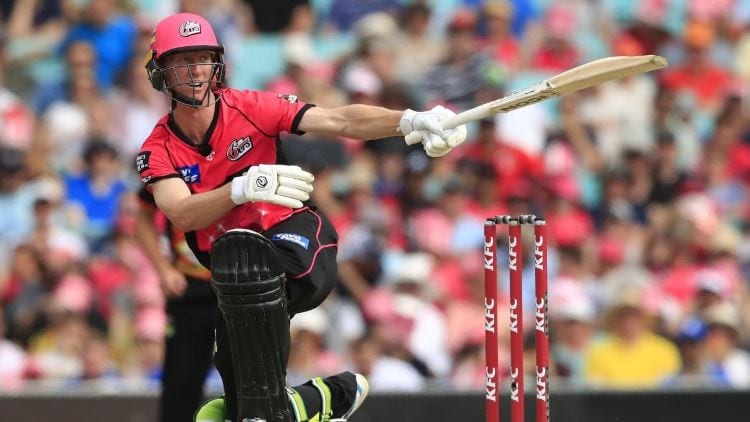 Big Bash is in full swing for another terrific season and this Christmas Eve we have expert tips for the double-header.

Hobart Hurricanes vs. Melbourne Stars and the Sydney Thunder vs. Sydney Sixers highlights the night, which should give some festive joy to Big Bash fans and punters alike.

We have done the form of all four teams to find our best Big Bash tips for the two games on December 24, 2018.

It was a good start to the season for the Hobart Hurricanes, winning by 15 runs against the Brisbane Heat on Friday night and they’re on the quick back-up on December 24.

Led by the always-strong bat of D’Arcy short, who scored 67 runs to set a team total of 159-6, the Hurricanes were then able to limit the Heat to a total of 144.

Getting the big wickets at the right time was key for the Hurricanes, who run out former NZ international Brendan McCullum and took out the dangerous Chris Lynn for only 29.

The consistent James Faulkner was the star of the bowlers with three wickets from 3.4 overs and he’s a player that can galvanize a team with his leadership.

For the Melbourne Stars, the start to the season wasn’t what they were hoping for. After allowing 181 runs for only five wickets against Sydney Thunder, they played only eight overs in a rain-shortened affair at Manuka Oval in Canberra.

The weather might not have helped and due to the total needed, the Stars had to throw caution to wind in chasing with only 74 runs and six wickets. Big hitting Glenn Maxwell got out for a duck and if he wants to be taken seriously as a top T20 player, he’ll need to step up here.

The advantage is seemingly with the Hobart Hurricanes and although the Stars are a side that has a good history and can get hot at any point in time, the season couldn’t have started any worse for them and the misery might continue on Monday.

The all-Sydney battle promises to be a blockbuster on Christmas Eve and punters should be excited to see the likes of Shane Watson, Joe Root, Joe Denly and Moises Henriques go to work.

For the Sydney Thunder, the start of the season was a good display of both hitting and bowling in a rain-soaked Canberra affair. They scored 181-5 against Melbourne Stars, with Jason Sangha scoring an unbeaten 63 and Daniel Sams chiming in with 34 runs off 21 balls.

To improve their mood, the Thunder then went out and stormed through the Stars batting attack. They had five wickets from the first 28 balls and only three batters scored 10 runs or more. If the Thunder bowlers continue in that form, the Sixers could be in for a short night.

The Sixers were impressive in their first outing, scoring 164 runs for only four wickets against the Perth Scorchers, who are not easy to beat. After a contentious start with Jack Edwards (13), Joe Denly (13) and Moises Henriques (2) failing to show any form, it was left up to Daniel Hughes and Jordan Silk to pick up the slack.

Hughes scored 62 and Silk scored a team-high 67 unbeaten. That helped the Sixers set up a defendable total and their bowlers did they job early in the game, scoring three wickets from the first 17 balls.

They won’t want to give up a middle-order total of 102 like they did against the Scorchers, but they will be better for the experience and should give the Thunder a run for their money.

This is a tough game to pick, as the local contests always are, but we’re siding with the younger and fresher team. That’s the Sydney Sixers and punters are getting better than even money.