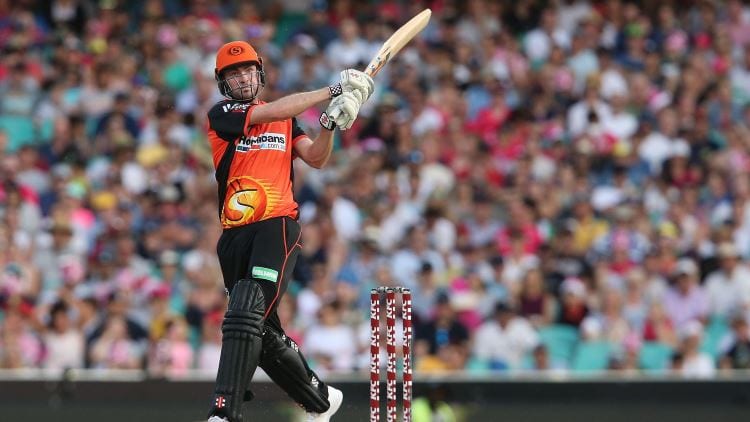 We love Big Bash double headers and this Saturday sees the Stars vs. Thunder followed by the Scorchers vs. Heat.

The two teams under the most pressure are the Scorchers and Heat, which have only one win between them. The Saturday night game will hold plenty of importance for the winner.

The Stars and Thunder have good momentum heading into this clash and a top-four position is on the line for both teams.

We have done the form of all four teams to find our best Big Bash tips for the two games on January 5, 2019.

The Stars and Thunder both come into this Saturday Big Bash fixture with recent wins, but they came in vastly different fashion. The Stars demolished the poor Melbourne Renegades by seven wickets and the Thunder scored a nail-biting one-run win over Perth.

It’s tough to say which win was better, but beating the Scorchers has never been easy, so we’re giving that edge to the Thunder.

Jos Buttler scored 55 runs before hitting his wicket and Callum Ferguson chimed in with 42 runs before being bowled by Ashton Agar. The disappointment for the Thunder is the performances of former Australian representative Shane Watson, who hasn’t gone well this season.

They will need more of a team effort to beat the Stars, which defeated the Renegades with more than two overs to spare on New Year’s Day. Marcus Stoinis scored an unbeaten 78 and there were supporting scores of 32 and 33 from Ben Dunk and Glenn Maxwell.

The likes of Dwayne Bravo and Evan Gulbis weren’t needed and they should be fresh for this contest.

We’re expecting the Stars to continue their winning run and bookmakers are offering good odds for the home side.

Can the Heat handle the heat of the Perth Scorchers this Saturday night? Based on how this season is going, it’s tough to see a Heat win in this situation.

They have yet to win a game from three games and although the Scorchers aren’t much better at one win from five games, they are always tough to beat at home.

It hasn’t been the typical season for the Scorchers, who are usually quick out of the blocks. A one-run heartbreaking loss to the Thunder on January 2 could either be a good or bad thing for the team.

Chris Lynn scored 84 against the Sixers and that’s a good sign. Brendon McCullum didn’t offer much again and he has been moved down the order to find some consistency. If the former Kiwi representative can find his form the Heat will be tough to hold out.

Bookmakers don’t have much between the two sides with the Scorchers holding favouritism at $1.73. We thought the Scorchers would be around $1.60 so we’ll take the value on offer for the home side.