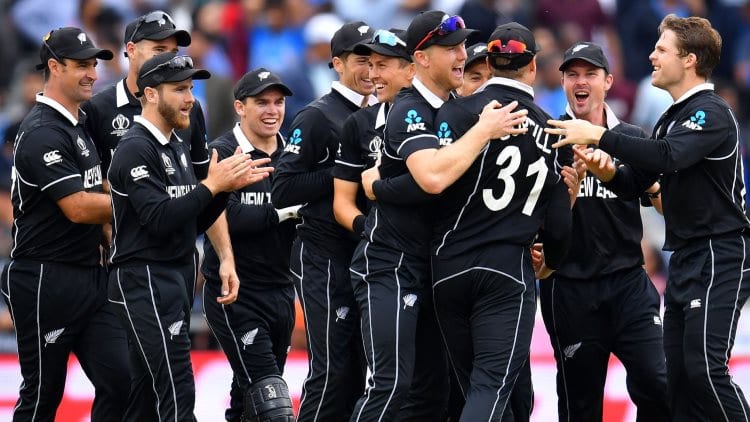 The final of the Cricket World Cup plays this Sunday night and we have expert predictions and betting analysis for the England vs. New Zealand game.

England were the tournament favourites before it started, but a poor start to the tournament saw them slip down the market. However, they have rallied to make the final where they face the Black Caps.

New Zealand were $11 to win the World Cup before a game was played – odds that were worth taking. This is their second consecutive World Cup Final and they’ll be looking to go one better than in 2015.

England are the overwhelming favourites for the World Cup Final and we’re hardly surprised. Despite starting the tournament off poorly, they have bounced back and they looked great in the semifinals.

They limited Australia to only 223 runs, which is tough to do against Australia’s powerful hitting lineup. The pitch might have been favouring the bowlers, but that didn’t slow the England run chase down.

England chased down the total with consummate ease, scoring 226 runs and losing only two tickets. Jason Roy scored a quickfire 85 runs from 65 balls and he was helped out by Jonny Bairstow (34), Joe Root (49) and Eoin Morgan (45).

It was about as comprehensive a win as possible and it should give them great confidence playing the final.

For New Zealand, their semifinal was a little different. It took two days to complete and after scoring only 239 runs, India were the $6 favourites to win at the halfway mark. Enter the Black Caps bowling unit, which is one of the best in the world.

Matt Henry, Trent Boult and Mitchell Santner tore through the Indian lineup and limited them to only 221 runs. At one stage India were 5 runs for three wickets.

Redemption is on the minds of the Kiwi players. They were soundly beaten by Australia in the 2015 World Cup Final and if they want respect in the cricket world, they need to win these games.

There’s no doubting they’re the most underrated team in cricket, but the Black Caps need to start winning the major tournaments. That all starts here and we wouldn’t put it past the men in black.

Going in England’s favour is the home crowd advantage. Playing at home is always a positive in cricket and with this being such a high-pressure game, having those home comforts really helps.

If New Zealand are to win this game, they will need the likes of Martin Guptil to score at least 40 runs. He has been woeful throughout the tournament and we would recommend slotting him further down the order. He sets a benchmark for the team and if he gives up his wicket easily, NZ could snowball.

England will be focusing on getting off to a hot start with the bat. We give New Zealand the clear advantage with the bowling attack, but England has a formidable batting lineup.

Jonny Bairstow has been brilliant this tournament and Jason Roy has really stepped up to become a solid 50 over player.

England are the $1.30 favourites to win and that’s far too short in our opinion. Sure, the $1.30 could be a multi-bet booster, but there’s a lot of risk in that price.

New Zealand holds all the value at the $3.50 price and although we think England has a slightly better chance of winning this game, we’re not prepared to take such a short price.

Punters can also bet into the Man of the Match market, which typically offers plenty of value. We’re liking Bairstow for England and we’ll go Lockie Ferguson for the Black Caps.

Bairstow will win Man of the Match if he scores a high total. He has been in fine form with the bat throughout the World Cup and he’s the second favourite at $7 behind teammate Jason Roy.

Lockie Ferguson isn’t the most high-profile bowler for New Zealand but he has good pace and could tear through the middle order. He has the ability to stop the momentum from the English and that could win him the honours.

Sportsbet is paying $17 for Lockie Ferguson and that’s value.

Overall, it should be another classic Cricket World Cup Final. Both teams deserve their chance at the glory and it should be a high-quality game.