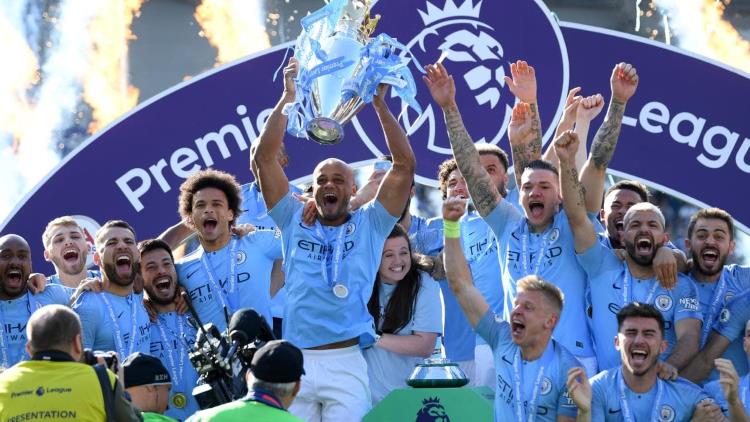 Following a relatively quiet summer of football in Europe, the English Premier League makes a much anticipated return with Manchester City sure to be the team to catch once more.

Pep Guardiola’s men have dominated the English footballing landscape over the past 2 seasons, picking up six trophies in the process and they know they will have to be on top form once more if they are to make it three titles in a row.

European champions Liverpool appear to be the biggest threat to City currently whilst the usual suspects of Tottenham, Chelsea and Manchester United will also be in hot pursuit.

Meanwhile for promoted sides Norwich, Aston Villa and Sheffield United they will all be relishing the challenges Premier League football provides and it promises to be a fascinating season once more.

Here are some of our pre-season predictions:

Having lifted 4 domestic trophies last season, Manchester City are very much the side to catch in the Premier League. Pep Guardiola’s men have picked up 198 points across the last two seasons and have become the standard bearers in English football.

The departure of Vincent Kompany will be a huge transition for the club to undergo and they haven’t as yet recruited to replace the Belgian in central defence. Defensive midfielder Rodri has been brought in to steady matters in the middle of the park and it looks to be once again down to the likes of Kevin de Bruyne, Sergio Aguero and Raheem Sterling to fire the blues to glory and fend off the challengers.

Significant summer spending in 2018 brought Liverpool their 6th Champions League but their search for a Premier League title still rumbles on.

Jurgen Klopp’s men pushed Manchester City all the way last season, finishing only one point behind the blues in a remarkable season in which they only lost one game.

There have been no big name recruits at Anfield as yet this summer but with the likes of Mohamed Salah, Sadio Mane and Virgil Van Dijk in their ranks, the reds look very strong once more and should push City all the way again.

Champions League runners-up Tottenham enjoyed a superb season once more in 2018-19 but a trophy continues to elude them. Mauricio Pochettino has assembled a world class squad in North London and their move to a new stadium will inevitably give them a boost ahead of the campaign.

Harry Kane looks to be fit and firing again following an injury lay-off and with the acquisition of Tanguy Ndombele from Lyon this summer, Spurs look to have a better balance to their side.

Europa League champions Chelsea endured a turbulent season last term which culminated in the departure of manager Maurizio Sarri after only one campaign in charge. The Italian has been replaced by club legend Frank Lampard who will be sure to have the backing of the fans from the outset.

They have lost Eden Hazard to Real Madrid which is sure to be a huge blow but with plenty of exciting youth players in their ranks, the future looks bright.

World cup Golden Boot winner Harry Kane suffered with injuries for significant periods of last season but still managed to register 17 goals in the Premier League. The England captain has a full pre-season under his belt and looks good value to top the scoring charts this term.

Argentine hitman Sergio Aguero was at his best last season as his 21 goals fired Manchester City to yet another Premier League title. He has been playing all summer with the national team but looked in good form at the Copa America and could hit the ground running here.

Egyptian forward Mohamed Salah will be eager to get over his African Cup of Nations disappointment as he returns to club duties with Liverpool. With 22 goals to his name last season, he will be keen to propel Liverpool to their maiden Premier League title this term.

Gabonese striker Pierre-Emerick Aubameyang impressed in his first full season as an Arsenal player last term with 22 Premier League goals. His potent partnership with Alexandre Lacazette makes him one of the most prolific strikers in the league.

Here are our tips for the drop:

Chris Wilder has performed miracles at Brammall Lane and the Blades will be organised but with a lack of obvious goal threat, they could struggle in the Premier League this year.

The Canaries have recruited well during the off season and look to have an inspirational leader in the form of Daniel Farke but with a lack of Premier League experience in their ranks, they could endure a turbulent season at Carrow Road.

The 2018-19 season was a transitional one for the Seagulls who replaced manager Chris Hughton at the end of the campaign and Graham Potter looks to have a big job on his hands.