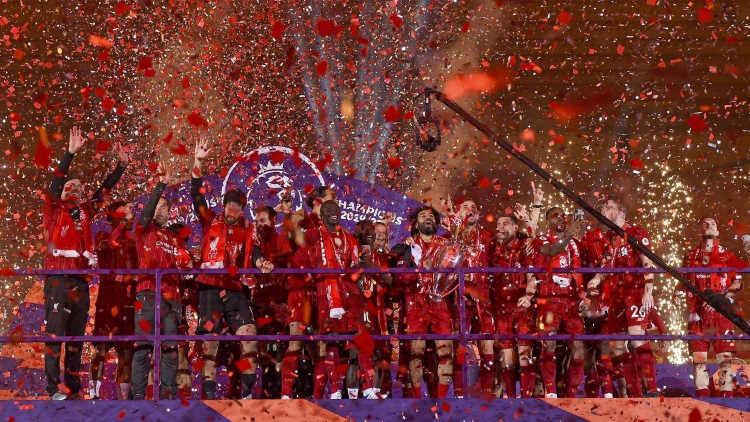 And just like that, the Premier League returns – with the usual thrills and spills sure to be on the agenda again during the 2020/21 season. Defending champions Liverpool will be looking to retain their title whilst the likes of Manchester City, Manchester United and Chelsea are all sure to be in hot pursuit. Elsewhere, the likes of Arsenal, Tottenham, Leicester City and Everton have all spent big in the summer transfer window in pursuit of a higher finish in the table. Promoted sides Leeds United, Fulham and West Bromwich Albion all have plenty of Premier League experience and they will be looking to do all they can to avoid an instant return to the Championship.

Here are our picks for the opening round of fixtures in the Premier League:

A London Derby kicks off the season with Arsenal travelling across the capital to take on Fulham. The Cottagers returned to the top flight at the first time of asking, overcoming Brentford in a chaotic play-off final at Wembley. With Scott Parker at the helm, they look to have a better balance to their squad this season and safety is sure to be top of their priority list. For Arsenal, getting off to a good start is key this season and they will be buoyed by their excellent FA Cup and Community Shield triumphs this summer. With plenty of new recruits on board and Mikel Arteta at the helm, the future is looking bright for the Gunners. This should be an excellent curtain raiser to the season with Arsenal most likely to pick up all three points.

Two sides keen to stay well away from relegation trouble this season face off as Crystal Palace host Southampton. The Eagles endured a mixed campaign last term and they will be eager to get off to a fast start this time around. Roy Hodgson is still the man at the helm at Palace and he will be all too aware of the pressure he could come under if results don’t improve. Conversely, Southampton had a fantastic end to the season last term and look primed for another assault on the top half of the Premier League this year. In Danny Ings they have one of the deadliest forwards in the league and they will be hoping to hit the ground running this term. This should be an excellent game between two decent sides and a draw very much looks on the cards.

Champions Liverpool will be looking to get off to a flyer at Anfield as they take on newly promoted Leeds United. The reds haven’t invested too heavily in their playing squad this season and they will be eager to keep the momentum going from last season’s triumph. Leeds meanwhile will see this first game as a free hit, having waited 16 years to return to the Premier League. Although there will be no fans in the stadium, this has the capacity to be an absolute classic at Anfield, which Liverpool should ultimately prevail from.

Betting tip: Liverpool to win the match and both teams to score ($2.35) – Bet Now

Two more sides hoping for mid table obscurity come the end of the season are West Ham United and Newcastle United. The Hammers were embroiled in a relegation scrap for most of last time and only pulled away from bother in the last few games of the campaign. David Moyes is the man at the helm, and he will be keen to make a statement from the off here. Newcastle meanwhile are under the stewardship of Steve Bruce, who has been given serious resources this summer. The Toon were excellent in patches last year and were well clear of the relegation picture for most of the campaign, something they will be hoping to replicate this year. Both sides are very well matched, and a draw looks the most likely result here.

A Midlands Derby of sorts kicks off Super Sunday as West Bromwich Albion host Leicester City. The Baggies were impressive throughout the Championship season and survived a late wobble to book their place in the Premier League. Slavan Bilic is the man in charge and the Croat will be hoping to use all of his Premier League experience. Leicester City meanwhile could still be ruing their missed opportunity last season as they slipped out of top 4 contention in the final weeks of the campaign. That said, Brendan Rodgers’s men still have Europa League football to look forward to and should feature in and around the top 6 once again this season. West Brom will have a good go at Leicester but the Foxes should come through this one.

Betting tip: Leicester City to win the match and both teams to score ($3.45) – Bet Now

Tottenham will be looking to start afresh this season as they host Everton on the opening day. Spurs were poor all-season last year and never featured in the race for a top 4 finish. Progress was slow but steady under Jose Mourinho and the Tottenham faithful will be hoping they can kick on again this year. Everton meanwhile have once again spent big in pursuit of success and Carlo Ancelotti looks to have a serious job on his hands. The Italian is well versed in squad management but whether the Toffees can sustain good form for a period of time remains to be seen. This could be the standout fixture of the round between two exciting teams and a draw looks the most probable result.

Betting tip: The match to finish as a draw and both teams to score ($5) – Bet Now

Two sides who will be looking to build on excellent seasons face off in South Yorkshire as Sheffield United take on Wolves. The Blades never flirted with the drop last season and were in top 4 contention for a long period of time too. Chris Wilder is a manager in demand, and he will want his side to show they are not one-season wonders. Wolves meanwhile demonstrated real resilience all season and continue to defy the odds under Nuno Esporito Santo. They could find life more difficult this season with plenty of sides now aware of their many threats but they are a quality outfit that will be looking to finish in the European places once again, This could be a cagey affair and a draw looks to be on the cards here.

Big-spending Chelsea will have the eyes of the world on them as they travel to Brighton for Monday night Football. Brighton survived relatively comfortably in the Premier League last season, but Graham Potter will be all too aware of his sides’ need to improve in key areas, especially up front. Chelsea meanwhile have recruited some of the biggest names in the world this summer as they look to close the gap on the likes of Liverpool and Manchester City above them. Under Frank Lampard, there is renewed optimism at Stamford Bridge and Chelsea should get off to a winning start here.

How to Watch & Live Stream NFL in Australia