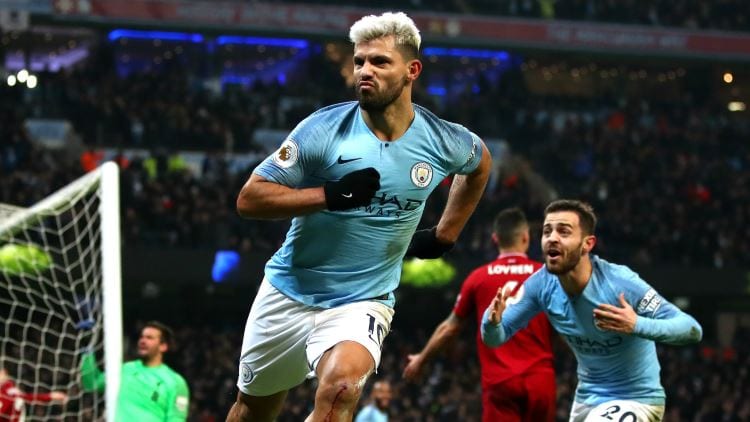 Our EPL week 12 tips are here and we have predicitions for every match. Last week, Manchester City and Liverpool recovered from early setbacks against Southampton and Aston Villa respectively to stay as the top two in the Premier League table. Leicester City and Chelsea kept pace with comfortable wins whilst Arsenal, Manchester United and Tottenham all dropped points once more. Sheffield United’s remarkable run continued with an easy home win over Burnley whilst Newcastle picked up a much needed three points on the road at West Ham.

Here are our picks for the 12th round of fixtures in the Premier League:

Two sides entrenched in the relegation scrap face off as Norwich host Watford on Friday evening. Things are already looking desperate for the Canaries as they sit 19th in the table, four points adrift from safety but their home form has been their primary points source this term. Winless Watford will see this as a chance to get off the mark after a rotten start to the campaign. The Hornets sit bottom of the table and are yet to pick up a win from their opening 11 games but the manner of their showing against Chelsea last time out is sure to instill some confidence. Norwich will carry a goal threat but Watford are canny Premier League campaigners and this one could well end up honours even.

Chelsea host Crystal Palace as they look to close the gap on the likes of Liverpool and Manchester City above them. The blues took a while to get going this term but they showed real class to beat Watford and Burnley in their last two games and climb up to 4th in the Premier League table. Palace meanwhile have been in good form all season and sit 9th in the table with 15 points to their name thus far. They tend to play their best football on the road and have picked up points at Manchester United and Arsenal already this term. Crystal Palace are a tough side to beat but Chelsea are full of confidence and should win this one.

Betting tip: Chelsea to win the match and both teams to score ($2.4) – Bet Now

Two sides in desperate need of a win face off at Turf Moor as Burnley host West Ham. Following a painful defeat to Sheffield United last time out; Burnley sit in 14th position in the Premier League table and are slipping down the table following a promising start. Meanwhile, West Ham need a response after an appalling showing at home to Newcastle in their last match and they too have plummeted in recent weeks and find themselves in 13th. Both sides have lacked consistency this term and this one looks set to be an entertaining draw in Lancashire.

Two sides that won well last time out face off in the North East as Bournemouth travel to Newcastle United. Steve Bruce’s Newcastle picked up an important victory over West Ham United last weekend and they have amassed 12 points from their opening 11 games as they look to avoid the drop once more this term. Bournemouth’s lack of consistency has held them back in recent seasons but Eddie Howe’s side will be looking to build on their superb win over Manchester United last time out and the face they have kept three consecutive Premier League clean sheets. This could be a tight game with goals hard to come by and it could well end up honours even.

18th plays 17th in the Premier League table as Southampton host Everton. The Saints restored some pride in defeat to Manchester City last weekend, losing 2-1 and they will be hoping for an equally resilient performance here as they look to banish the memories of their 9-0 home loss Leicester last time out at St Mary’s. Everton have struggled all season and the pressure has been ramped up on Marco Silva following a string of abject performances that have left the Toffees languishing just outside the relegation zone. This could be a fire cracker on the South Coast and it looks set to end honours even.

Tottenham host Sheffield United in what looks to be a crucial game in their season. Spurs are in desperate need of a win following their disappointing run of results that has left them 13th in the league table with 11 games played. The manner of their win in the Champions League over Red Star Belgrade should fill them with confidence going into this one. Sheffield United have been the league’s surprise package and currently reside in 6th following their comfortable win over Burnley last week and with only one defeat since mid-September, Chris Wilder’s men look to be loving life in the top flight. Sheffield United will make life really tough for Spurs but Tottenham are a savvy side and they should come through this test at home.

Betting tip: Tottenham to win the match and both teams to score ($2.45) – Bet Now

Two sides in the hunt for top 4 football face off in the East Midlands as Leicester City host Arsenal. The Foxes sit 3rd in the table following their win over Crystal Palace last time out. Brendan Rodgers’s men have been one of the form sides in the division all season and they have already collected 23 points from their opening 11 fixtures. Arsenal meanwhile will be looking to bounce back from a string of bad results as they just can’t seem to find a win in the Premier League. The Gunners have blown leads in their last 4 matches in all competitions and Unai Emery will be keen to see his side put in a strong performance here. Leicester will start as the favourites here but Arsenal are a good side and it could well end up honours even at the King Power Stadium.

A West Midlands Derby kicks off Super Sunday as Wolves host Aston Villa at Molineux.  Wolves have failed somewhat to build on their famous 2-0 win at Manchester City as they were held by Southampton at home before pinching a point at Newcastle and drawing with Arsenal in a difficult spell. With so many plates to spin, Nuno Esporito Santo’s men will be happy that they sit 12th in the table currently. Villa managed to beat Wolves in the Carabao Cup a mere 10 days ago and Dean Smith will be eager to see a repeat performance from his men. They were on the brink of a famous result against Liverpool last time out only to be denied in injury time and they will have to bounce back quickly from that result here. Wolves are a good side but Villa won’t go down without a fight and this one could well end up all-square.

Manchester United host Brighton on Sunday afternoon as the Red Devils look to bounce back from a poor showing at Bournemouth last Saturday. The Reds had shown real resolve in recent weeks, drawing with Liverpool before picking up away wins at Partizan Belgrade, Norwich City and Chelsea in three different competitions but old habits kicked in once more at the Vitality Stadium. Graham Potter’s Brighton have impressed at times this season and the manner of their wins over Norwich City and Everton in their last two home games is sure give the Seagulls plenty of confidence going into this one. Brighton will make this very tough for United but the Red Devils should just about prevail here.

Betting tip: Manchester United to win the match and both teams to score ($2.45) – Bet Now

The highlight fixture of the weekend sees defending champions Manchester City travel to table toppers Liverpool. Jurgen Klopp’s men sit 6 points clear at the top of the league and continue to fight on four fronts this season with domestic trophies at the forefront of their thinking in 2019/20 and the manner of their comeback win at Aston Villa last weekend was testament to that. Second placed City will look to close the gap on the reds at the top of the league before the upcoming international break and they have the experience and knowhow when it comes to getting results in big games. This should be a classic at Anfield and it looks destined to finish honours even.

We’re backing three results this week in our multi bet with a stake of $50: