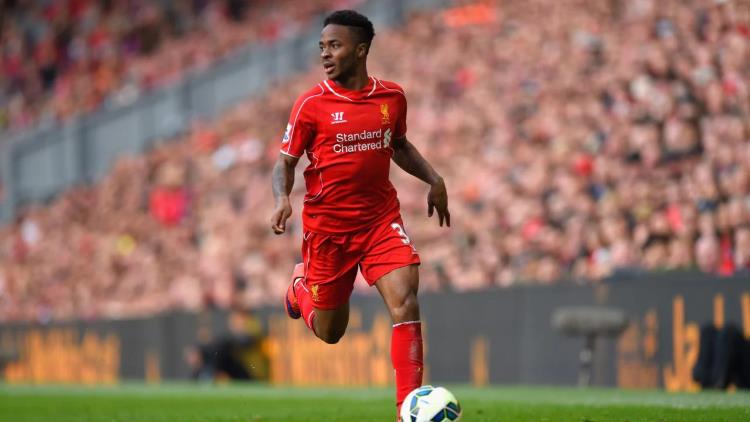 Our EPL week 13 tips are here and we have predicitions for every match. Liverpool are the hot favourites to pick up the Premier League title following their home win over Manchester City before the international break. The reds have an 8 point cushion on the likes of Chelsea and Leicester City who lead the pursuit of Jurgen Klopp’s side. Elsewhere, Mauricio Pochettino has been sacked by Tottenham following their poor start to the season whilst the likes of Manchester United and Arsenal will be looking to improve their results quickly too.

Here are our picks for the 13th round of fixtures in the Premier League:

Tottenham travel across London to take on old foes West Ham in what promises to be a fascinating battle following the sacking of Mauricio Pochettino. West Ham need a response after an appalling showing on the road at Burnley last time out and they have plummeted in recent weeks and find themselves in 16th in the table with question marks beginning to appear about Manuel Pellegrini in charge at the club. Tottenham too are in desperate need of a win following their disappointing run of results that has left them 14th in the league table with 12 games played – a run of results that has forced to board to act in sacking Pochettino. This should be a superb London derby which Tottenham should just about prevail from.

Betting tip: Tottenham to win the match and both teams to score ($2.55) Bet Now

Arsenal will be looking for a long awaited Premier League win as they host Southampton at the Emirates on Saturday afternoon. The Gunners will be looking to bounce back from a string of bad results as they just can’t seem to find a win in the Premier League and their loss to Leicester before the international break was particularly uninspiring. The Gunners have blown leads in their last 4 of their last 5 matches in all competitions and Unai Emery will be keen to see his side put in a strong performance here. Southampton sit 19th in the table and look to be very much in the relegation mire this term following their home defeat to Everton last time out. They have only acquired 8 points this season but tend to play their better football away from home. That said, Arsenal are a real force at the Emirates and they should come through this test at home.

Two sides pushing for top half finishes face off on the South Coast as Bournemouth host Wolves. The Cherries’ lack of consistency has held them back in recent seasons and it appears to be rearing its ugly head again with a win over Manchester United followed by a loss to Newcastle leaving them 9th in the table presently. Wolves meanwhile have climbed to 8th with a string of decent results in recent weeks and they will be keen to build on their derby win over Aston Villa last time out. This should be an entertaining game between two well matched sides that should end up all-square.

Two of the surprise packages in the Premier League this season face off as Brighton welcome Leicester City to the South Coast. Graham Potter’s side have impressed at times this season and the manner of their wins over Norwich City and Everton in their last two home games is sure give the Seagulls plenty of confidence going into this one. They came up well short against Manchester United though and they will need to sure things up at the back against a rampant Leicester side. The Foxes sit 2nd in the table following their brilliant win over Arsenal last time out and Brendan Rodgers’s men are one of the form sides in the division – having won their last 5 matches and collecting 26 points from their opening 12 fixtures. Brighton will make this very tough for Leicester but the Foxes should just about prevail here.

Table topping Liverpool head to Crystal Palace in what promises to be a stern test of Jurgen Klopp’s men. Palace have been in solid form all season but they have slipped to 12th in the table following back to back defeats. They tend to play their best football on the road but can be a tricky side to beat at home with their raucous following at Selhurst Park backing them all the way. Jurgen Klopp’s men sit 8 points clear at the top of the league and continue to fight on four fronts this season with domestic trophies at the forefront of their thinking in 2019/20 and the manner of their win at over champions Manchester City last weekend was testament to that. Crystal Palace are a tough side to beat but Liverpool are full of confidence and should win this one.

Betting tip: Liverpool to win the match and both teams to score ($2.55) Bet Now

Two sides looking to climb the table quickly face off at Goodison Park as Everton welcome Norwich City. Everton have struggled all season but the manner of their away win at Southampton last time out could well be the catalyst to climbing the table over the upcoming weeks and months. Things are already looking desperate for the Canaries as they sit bottom of the table, four points adrift from safety. They have only picked up one point on the road so far this term and Daniel Farke will be looking for a response from his players quickly. Norwich won’t roll over here but Everton should have too much about them in front of their home fans.

Betting tip: Everton to win the match and both teams to score ($2.2) Bet Now

Watford welcome Burnley to North London as they look to build on their first win of the season at Norwich last time out. The Hornets are 18th in the Premier League table and they will be hoping to string a few results together to climb away from the relegation mire. Burnley meanwhile have lacked consistency so far this term but they will be hoping to build on a very impressive 3-0 win over West Ham United prior to the international break. This should be an excellent game between two strong Premier League sides and it could well end up honours even.

The highlight fixture of the weekend sees defending champions Manchester City take on high-flying Chelsea. City suffered a difficult loss at Liverpool last time out and they have been cut 9 points adrift already in the title race. They will be looking to get back to winning ways as quickly as possible as they attempt to claim a third consecutive Premier League title.  Chelsea meanwhile currently sit above City in third and although the blues took a while to get going this term, they are in the midst of a 6 game winning streak in the Premier League and Frank Lampard appears to be getting the very best out of his young squad. This should be an excellent game that is must win for City and they should just about come through this test.

Betting tip: Manchester City to win the match and both teams to score ($2.6) Bet Now

Sheffield United take on Manchester United in what promises to be a fascinating Super Sunday clash. The Blades have been the league’s surprise package and currently reside in 5th following their point on the road at Tottenham last time out and with only one defeat since mid-September, Chris Wilder’s men look to be loving life in the top flight. Manchester United meanwhile picked up an excellent win over Brighton last time out and have climbed to 7th in the table following a string of good results. With only one away win so far in the Premier League this season, this could be a tough fixture for the Red Devils and it looks set to finish honours even in South Yorkshire on Sunday.

Aston Villa host Newcastle on Monday Night with both sides looking for crucial points in their respective survival bids. Villa currently reside in 17th place and are clear of the relegation zone by three points but the manner of their defeat to Wolves last time out was a concern for manager Dean Smith. Newcastle United meanwhile are riding the crest of a wave under Steve Bruce and they have amassed 15 points from their opening 12 games and they look good value to avoid the drop once more this term – currently residing in 13th place in the table. This should be a good game between two decent sides and it looks set to end all-square.