Following a bumper Boxing Day Premier League programme, the high-octane action keeps on coming and all 20 teams are once again in action before New Year’s Day. Manchester City and Everton were the big climbers on Boxing Day as Liverpool, Leicester, Chelsea, Tottenham and Manchester United all dropped points – bunching the top sides together once more. At the bottom, Brighton, West Bromwich Albion, and Fulham all picked up points to pile the pressure on Sheffield United even further, who now only have 2 points from their opening 15 games.

Leicester City will be looking to get back to winning ways as they travel to a Crystal Palace side in desperate need of a win. The hosts have conceded 10 goals in their last 2 defeats and the problems appear to be mounting for Roy Hodgson’s men and they will be keen to arrest the slide. Leicester meanwhile dug deep to earn a point against Manchester United, but their lack of consistency could ultimately be their Achilles Heel this term. The Foxes generally play their best stuff on the road and with Jamie Vardy firing once more, they should pick up all three points here.

Chelsea will be looking to bounce back from a disappointing showing at Arsenal as they take on high-flying Aston Villa at Stamford Bridge. The blues were well beaten at the Emirates and three consecutive away defeats has checked their early season progress somewhat. Frank Lampard will be eager to see a response from his men here and they will have to be at their best to beat Villa. The visitors showed incredible resolve to beat Crystal Palace 3-0 with 10 men on Saturday and they look to have a side capable of challenging in the top half of the table this term. Villa will certainly pose Chelsea a few problems here, but the Blues should have too much about them at home.

Betting tip: Chelsea to win the match and both teams to score ($2.55) – Bet @ Sportsbet

Everton will be looking to continue their challenge for a top 6 finish as they take on a much-improved Manchester City. The Toffees picked up an excellent win on the road at Sheffield United last time out and look to be putting together another strong run of form. City meanwhile won well against Newcastle on Boxing Day and look to have fixed a few of their defensive issues from the first part of the campaign. Both sides are in excellent form and this could be an entertaining draw at Goodison Park.

Arsenal will be looking to continue their recent resurgence as they take on a Brighton side looking over their shoulder at the relegation picture. The Seagulls picked up a good point on the road at West Ham last time out and look to be a side finding their feet in front of goal once more. Their home form is normally very good, and Arsenal are sure to provide a stern test. The Gunners have endured a very tough start to the season but their impressive 3-1 win over Chelsea on Boxing Day could be the catalyst to a strong finish to the campaign. Brighton will take the game to Arsenal, but the Gunners could pick them off here.

Bottom side Sheffield United will be desperate to climb the table as they travel to Burnley in a relegation six-pointer. The Clarets have shown real resolve in recent weeks but their painful loss at Leeds last time out will still be keeping Sean Dyche awake at night and they will want a response here. The Blades meanwhile were outdone again by a late goal, this time as they lost to Everton on Boxing Day and the wiring looks to be on the wall already for them this season. Burnley look overpriced to win here and should comfortably pick up all three points.

Southampton will be looking to continue their impressive start to the season as they host West Ham United. The Saints couldn’t manage to beat Fulham last time out but have been flying high in the table all season and look to be a side going places. West Ham meanwhile have shown glimpses of form under David Moyes but have failed to win any of their last 5 Premier League games. This could be a very tight game between two well matched sides and a draw looks very much on the cards.

West Bromwich Albion will be looking to build on their amazing draw at Liverpool as they welcome Leeds to the Hawthorns. The Baggies look a side reborn under Sam Allardyce and whilst goals could be hard to come by, they have plenty of defensive steel and resolve. Leeds meanwhile got back to winning ways at home to Burnley last time out, but their recent away form will be a huge cause for concern. The Whites should play with their usual sense of abandon and whilst West Brom will be resolute, Leeds should emerge victorious in this one.

Manchester United take on Wolves in what promised to be an entertaining game at Old Trafford. The hosts twice threw away the lead to draw with Leicester on Boxing Day but have been an improved side in recent weeks – particularly at home. Wolves meanwhile showed real character to pick up a late draw with Tottenham last time out and have responded well to losing Raul Jimenez in recent weeks. This should be an excellent game between two good sides and whilst Wolves will provide a stern test, United should emerge victorious.

Tottenham will be looking to get back to winning ways as they take on an improving Fulham side at the Tottenham Hotspur Stadium. Jose Mourinho’s side have failed to win their last two games and look to be lacking confidence currently. They will be eager to show a response here against a Fulham side that continue to punch above their weight. Having picked up a good point at home to Southampton on Boxing Day, they will be hoping to show even more resolve here. Fulham will dig deep here but Tottenham should have too much quality at home.

Table topping Liverpool will be looking to get back to winning ways as they take on Newcastle United. The Toon were well beaten at Manchester City on Boxing Day and the pressure is beginning to mount on Steve Bruce as manager. They are beginning to look over their shoulder at the relegation picture but should be up for this one. Liverpool meanwhile dropped points against West Bromwich Albion in their most recent game but tend to play with more freedom on the road. Newcastle will push the reds here, but Jurgen Klopp’s side should have way too much quality in key areas. 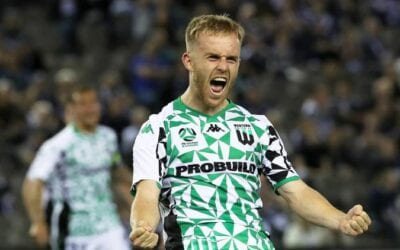