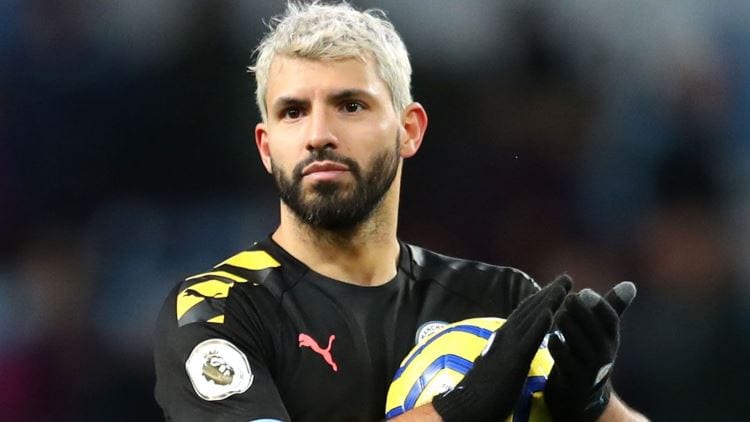 The Premier League title race looks all but done following Liverpool’s gritty win at Tottenham last time out with Leicester City also dropping points in a chastening home loss to Southampton. Manchester City climbed to second following their 6-0 thumping of Aston Villa whilst Chelsea and Manchester United kept pace in their pursuit of top 4 football with wins over Burnley and Norwich City respectively. Watford’s great escape continued to gather momentum with a big win at fellow strugglers Bournemouth whilst West Ham suffered their first defeat under David Moyes at Sheffield United.

Here are our picks for the 23rd round of fixtures in the A-League:

Resurgent Watford host beat Jose Mourinho’s Spurs to open up the Premier League program in week 23. The Hornets beat Bournemouth last time out as they look to continue their climb out of relegation trouble under Nigel Pearson. They are unbeaten in their last 6 matches in all competitions, sit 17th in the table and they look to have confidence flowing through the squad currently. Tottenham on the other hand can’t seem to develop any consistency currently and their 1-0 losses at Southampton and at home to Liverpool were testament to that. They sit 8th in the table currently and they will have designs of catching the likes of Chelsea and Manchester United above them if they can find some form over the next few months but the loss of Harry Kane looks to be having a massive impact. This should be a very tight game in North London but Spurs should prevail with the quality they have in their ranks.

Arsenal will be looking to get back to winning ways in front of their home fans as they take on Sheffield United at the Emirates Stadium. The Gunners sit in 10th in the table, with a mere 28 points to their name and they need to start picking up points fast if European football is to be on the agenda next season. They have looked a more organised outfit under Mikel Arteta in recent games but their draw at Crystal Palace will be reminder of the work that still needs to be done. The Blades meanwhile have been in fine form all season under Chris Wilder and they look to be assured of Premier League safety. With a unique style of play, they have been more than a match for every opponent they have come across this term and they find themselves sitting in 6th place in the table as a result. They got back to winning ways against West Ham last time out and they will be looking to make life awkward for Arsenal here. This should be a very tight encounter but Arsenal should have just enough about them to pick up three points here.

Betting tip: Arsenal to win the match and both teams to score ($2.55) Bet Now

A relegation six pointer is top of the agenda for Brighton and Aston Villa on Saturday in what should be a real humdinger at the AMEX. The Seagulls sit 16th in the table following their defeat to Everton last time out but their home form looks to be the main things keeping them afloat currently. They have enjoyed a decent season under Graham Potter but they can’t seem to fully detach themselves from the relegation scrap just yet. Aston Villa meanwhile look to be immersed in the relegation picture as they are sat in 18th place in the Premier League table. The manner of their home defeat at the hands of Manchester City last time out was particularly chastening and Dean Smith looks to be a man under pressure in the hot seat. This should be a cagey encounter but Brighton are strong at home and they should come through this one with three points in the bag.

Second placed Manchester City will continue to try and put pressure on Liverpool as they host Crystal Palace at the Etihad Stadium. The blues will be hoping to keep pace in all competitions as they continue to attempt to fight on 4 fronts. They are unbeaten in 2020 and the manner of their wins over Manchester United in the Carabao Cup and Aston Villa in the Premier League are an indicator that they could be finding form once more. Crystal Palace meanwhile picked up a valuable point at home to Arsenal last time out and find themselves sitting comfortably in 9th place in the Premier league table. They may have one eye on European football next season but will see this as a free hit at the defending champions. City however look to be full of confidence at the moment and should pick up all three points at home here.

Betting tip: Manchester City to win the match and both teams to score ($1.8) Bet Now

Two teams in big relegation trouble face off as Norwich City host Bournemouth at Carrow Road in a classic relegation six-pointer. Bottom side Norwich looked in desperate form at Manchester United last time out and with a points tally of just 14, safety currently looks a long shot for Daniel Farke’s man. The Canaries have struggled with consistency this season but their home form has been their only real positive of note and they will be looking to take it to Bournemouth here. The Cherries meanwhile have endured a rotten spell of late and they are in the relegation mire as a result. The manner of their 4-0 thumping at West Ham followed by their 3-0 home loss to Watford last time out will be a real concern for Eddie Howe. His side has endured some tough luck with injuries but he will be keen to see his Cherries’ side bounce back here. Bournemouth have made a habit of winning these games over the past few seasons and they could well do it again here.

Southampton will be looking to continue their excellent run of recent form as they welcome Wolves to the South Coast. The Saints have been in fine form of late and look to have detached themselves from the relegation picture for the time being at least. The manner of their win over Leicester last time out was an indicator of exactly how far they have come in recent weeks and how they would love to continue their good form here. Wolves find themselves in 7th in the table and they will be looking for a response following a run of three Premier League fixtures without a win. Their away form has been their Achilles Heel at times over the past two seasons and they will be hoping to rectify that as quickly as possible. This should be a very close encounter between two good sides and it could well end up honours even at St Mary’s.

Two sides looking to break clear of the relegation dog fight face off in East London as West Ham play Everton. The Hammers are in the midst of a relegation battle and only sit 1 point and 2 places above the relegation zone and they look set for a scrap in the second half of the season. Results have led the board to replace Manuel Pellegrini with David Moyes but they will need to respond following their defeat to Sheffield United last time out. Everton meanwhile have improved in recent weeks under the stewardship of Carlo Ancelotti and they will be hoping to keep the run going here. Wins over Burnley, Newcastle and Brighton have propelled the Toffees up to 11th in the table and they will have designs of breaking into the top half come the end of the season. This looks to be a very tight game between two similar sides and a draw looks on the cards.

Newcastle host Chelsea with both sides needing points in their respective ambitions for the end of the season. The Toon find themselves in 13th place following a hard fought draw at Wolves last time out. They looked to have designs of a top half finish but they will need to concentrate once again on avoiding the drop following their average spell recently. Chelsea meanwhile will be hoping to continue to distance themselves from the chasing pack in pursuit of top 4 football. The Blues have been in decent form all season but their inability to consistently string results together is sure to be a key frustration for Frank Lampard currently. Their away form this season has been solid however and they should pick up three points on the road here at Newcastle.

Two sides chasing points for very different reasons face off on Super Sunday as Burnley take on Leicester City. The Clarets are enduring a rotten run of form currently and have dropped into the relegation picture as a result. Sean Dyche’s side find themselves in 15th place in the table, only three points above the bottom three and they will be all too aware of the need to dig in and show resilience here. Leicester meanwhile have dropped points in four of their last six Premier League fixtures and have dropped to third in the table as a result. Brendan Rodgers’s men are enjoying an excellent season but they will feel they need to pick up their performance level if they are to finish in the top 4 come the end of the campaign. This should be a lot tighter game than many expect but Leicester should just about come through will all three points here.

Betting tip: Leicester City to win the match and both teams to score ($2.55) Bet Now

One of the biggest fixtures of the Premier League season is once again on the agenda as Liverpool take on Manchester United at Anfield. Liverpool’s Premier League pursuit looks all but done following their win at Tottenham last time out and with a 14 point cushion on the chasing pack and a game in hand, they look to have their name on the trophy already. They rode their luck at times against Spurs but look to have an unbreakable winning mentality within the squad at present. Manchester United meanwhile will be desperate to spoil the party at Anfield and the Red Devils are beginning to show some form of their own in the Premier League. They have climbed to 5th in the table following their home demolition of Norwich City but their away form has been a grave concern all season. The atmosphere should be electric at Anfield and grudge matches can often throw up shock results but Liverpool should come through this one unscathed.