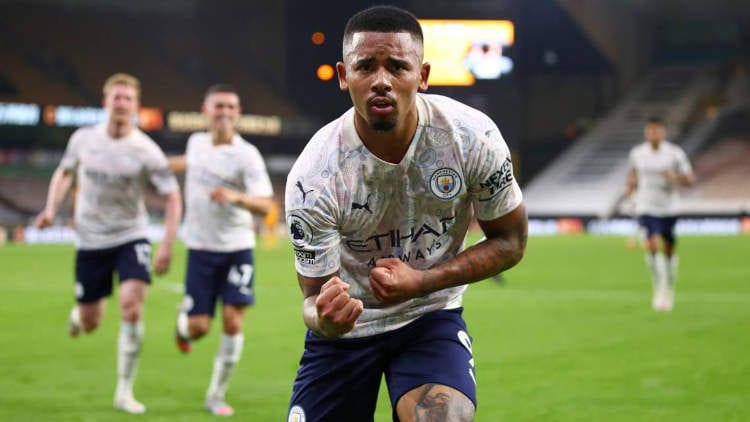 With all 10 teams having now kicked off their Premier League campaigns, the 2020/21 season is very much in full swing. Defending champions Liverpool looked in good form when beating Chelsea last time out whilst Manchester City got off to a flying start at Wolves. Tottenham, Leicester, Everton, and Arsenal picked up impressive wins in week two whilst Manchester United were well beaten at home by Crystal Palace. At the bottom of the table, Leeds won their first game back in the top-flight – against fellow promoted side Fulham whilst for the likes of West Brom, West Ham and Sheffield United, the wait for points continues.

Here are our picks for the third round of fixtures in the Premier League:

Manchester United are looking for their first points of the season as they travel to Brighton. The Seagulls thumped Newcastle last time out in impressive fashion to pick up their first win of the campaign. Graham Potter looks to have the makings of a good side and they will be targeting games like this as a free hit as they look to pull away from relegation trouble. Manchester United were in poor form against Crystal Palace last time out but a comfortable Carabao Cup win over Luton in midweek could be the kick start to their season they need. Despite not acquiring too many transfer targets in the summer, United look well placed to make an assault on the top 2 in the league this season – if they can start picking up points quickly. Brighton won’t roll over here but Manchester United are a good side and should win this one.

Betting tip: Manchester United to win the match and both teams to score ($2.8) – Bet @ Sportsbet

Two sides looking to continue their strong starts to the season face off as Crystal Palace take on Everton. The Eagles meanwhile endured a mixed campaign last term but back to back wins over Southampton and Manchester United have left Palace flying high in the table. Roy Hodgson is still the man at the helm at Palace and he will be keen to build on the impressive start. There appears to be a real sense of optimism surrounding Everton as they look to continue their 100% start. With the likes of James Rodriguez in their side, the Toffees look to be blessed with flair options in key areas and a top 6 push could finally be on the cards for Carlo Ancelotti’s side this term. This should be a really good game between two confident sides and a draw looks to be on the cards.

West Bromwich Albion will be hoping to pick up their first points of the season as they host Chelsea. The Baggies were impressive throughout the Championship last season but have looked a little out of their depth in the top-flight so far. Defeats to Everton and Leicester have been heavy and they will be looking to sure things up at the back as quickly as possible. Chelsea meanwhile started well against Brighton in the league but were well beaten by Liverpool last time out. Morale still looks to be high in the Chelsea camp with new signings galore giving Frank Lampard’s side a very fresh look and they should come through this test unscathed.

Burnley host Southampton as both sides look to solidify their places in the Premier League. The Clarets fought hard against Leicester last time out but ultimately came up short and they will be keen to pick up points in home games particularly. Southampton meanwhile have lost their opening two games and the manner of their 5-2 thumping by Tottenham will be hugely concerning for all at the club. This could be a tight game between two well matched sides and with both sides yet to register any points, a draw could be on the cards.

A Yorkshire Derby kicks off Sunday as Sheffield United take on Leeds. The Blades have started the season poorly and look to be a side in need of confidence. They have been in freefall since returning after lockdown and they will be looking to start getting points on the board as soon as possible. Defeats to Wolves and Aston Villa in their opening two games have left them languishing at the foot of the table. Marco Bielsa’s Leeds meanwhile have impressed in the Premier League so far, scoring 7 goals in two games and their win over Fulham last time out was an indicator of the attacking talent they have in their side. Shipping goals is also a problem for the Whites and that could cost them here, with Sheffield United particularly efficient at home.

Betting tip: Sheffield United to win the match and both teams to score ($4.25) – Bet @ Sportsbet

Tottenham take on Newcastle as they seek their first home win of the season. Spurs looked abject in losing to an inspired Everton side on the opening day but bounced back in style to thrash Southampton last time out. Jose Mourinho is a man under pressure and results need to improve if they are to finish in the top 4 this term but the arrival of Gareth Bale has given the whole club a serious boost. The Toon won well on the road at West Ham on the opening day before a heavy home defeat to Brighton has checked their progress somewhat. Newcastle won well in this fixture last season, but Spurs look to have the momentum and should come through this test.

Betting tip: Tottenham to win the match and both teams to score ($2.4) – Bet @ Sportsbet

Manchester City take on Leicester City in what looks to have the makings of a Premier League classic. Manchester City started the campaign well at Wolves on Monday night and Pep Guardiola looks to be building a side capable of challenging once again this season. Leicester meanwhile have won their opening two games and Brendan Rodgers once again looks to be creating a strong side at the King Power Stadium. Both sides will get the ball down and play from the off at the Etihad, but City are imperious at home and should prevail here.

Betting tip: Manchester City to win the match and both teams to score ($2) – Bet @ Sportsbet

West Ham are looking for their first points of the season as they take on Wolves. The Hammers were embroiled in a relegation scrap for most of last season and only pulled away from bother in the last few games of the campaign. David Moyes is the man at the helm and judging by their defeats to Newcastle and Arsenal thus far, he looks to have a big job on his hands this season. Wolves were mightily impressive in an opening day win over Sheffield United before they were edged out by Manchester City last weekend. They will still have aspirations of finishing in the top 6 and games like this will be the ultimate test. Wolves should come through this stern test on the road at West Ham.

Survival will once again be top of the agenda for Fulham and Aston Villa as they face off on Monday night. The Villains stayed up on the last day of the season last year and their opening day win over Sheffield United is sure to give them a great deal of confidence coming into this one. Fulham meanwhile are winless in their opening two games but with Scott Parker at the helm, they look to have a better balance to their squad this season. Defensively they have struggled so far, shipping 7 goals in two games but they will be targeting games such as this to pick up points. This could be a tight game between two well matched sides.

The box office clash of the weekend sees Champions Liverpool host Arsenal on Monday evening. Liverpool won comfortably at Chelsea last time out and look to be carrying on where they left off from last season. With two wins from their opening two games, Jurgen Klopp’s side look to be setting the bar high in the Premier League once again. Arsenal have also picked up two wins from two but their attritional win over West Ham last time out threatened to derail Mikel Arteta’s side. A midweek Carabao Cup win over Leicester should also give the Gunners confidence as they head up to Anfield but Liverpool are imperious at home and should win comfortably here.