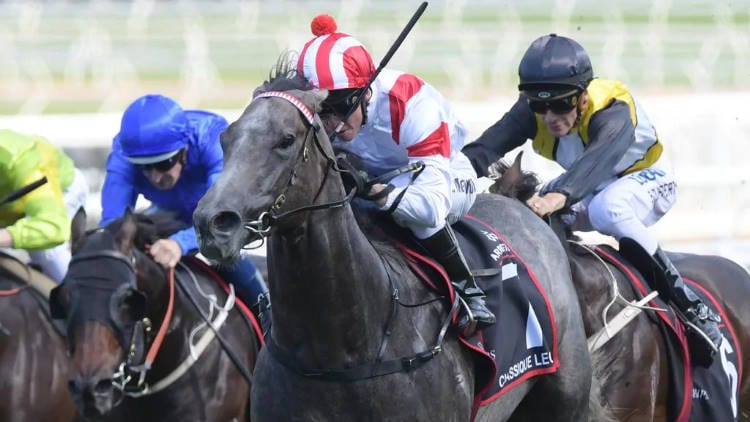 We have expert betting tips for the 2020 Everest this Saturday, which features a field of 12 sprinting stars (plus four emergencies).

$14 million is on the line at Randwick and it has become one of the most anticipated races on the global racing calendar.

Can Nature Strip see out the 1200m? Or will the likes of Libertini, Classique Legend and Gytrash upset the early favourite?

We have form for every runner in The Everest.

Our best bets for The Everest 2020

Punters should have four runners on their ticket for The Everest trifecta. We are including four quality runners, who are proven on the big stage and should be tough to beat.

We are leaving out current favourite Nature Strip, which means punters will get a good payout if successful. Classique Legend and Gytrash are the toughest to beat and there is value with Libertini and Tofane.

We have included six runners in our first-four selections:

Nature Strip is a champion sprinter but his form this season has been anything champion-like. He finished second as the odds-on favourite fresh up before compounding late behind Libertini last start.

He struggles to see out the 1200m distance and although he has been set for this race, we can’t trust him when the ultimate pressure is on.

Coming off a second placing behind Pippie and although it’s not the best form guide for The Everest, he could run into a minor position.

Punters are getting value odds and he shouldn’t be too far away.

Classique Legend did well to finish second behind Libertini last start, given that he did plenty of work throughout the run.

He was a terrific winner prior to that and from barrier six, Kerrin McEvoy should be able to get him into a prime position.

His turn-of-foot is impressive and he’s the horse to beat.

A 10-time winner that shouldn’t be overlooked in this race, but he would need to turn back time.

He is an eight-year-old that hasn’t run well at his last few starts. Getting back in the run doesn’t suit and we’re prepared to leave him out of selections.

It comes into this race with three consecutive wins, including two at Group 1 level. His last two wins came over 1400m, so dropping back in distance isn’t ideal.

We can’t discount his chances because he’s a brute of a horse and he draws well in barrier two. If he gets clear running room in the straight, he has the ability to finish over the top of them.

A speedy four-year-old that returned to form with a third placing last start. He has lost his turn-of-foot, which isn’t ideal but the ability is still there.

If they fly up front, Bivouac should be able to make ground late in the race.

A lovely type that was far too good for Nature Strip when resuming. The Adelaide-based gelding owns nine wins from 20 starts and he has matured nicely this season.

Punters are getting value odds at $6.50 and the $2.35 to place is great value. He is a bomb-proof sprinter that must be on your ticket.

His form has improved significantly since moving to the Joe Pride stables. He owns a stack of early speed and although not a leading chance, he can’t be ignored.

Back-to-back second placings coming into this race but they should be too quick for him. It’s his first start at Randwick as well, so he could find it tough to adjust.

She had no luck at Flemington last start when stuck behind a wall of runners. Her best form would take her close and she is a past winner at Randwick.

Expect a better run and punters are getting value odds for a talented five-year-old.

She couldn’t have been more impressive when returning from a long spell to win at Randwick. She defeated Classique Legend, but she did have the better run.

Producing the goods again won’t be as easy, but she must be respected in this race. She is talented and although drawing barrier 12 hurts, she comes into contention with luck.

A surprise entrant considering her effort for seventh last start. However, connections are confident and she gets a good run from barrier three.

It would be a shock to see her winning but we respect her open-class ability.