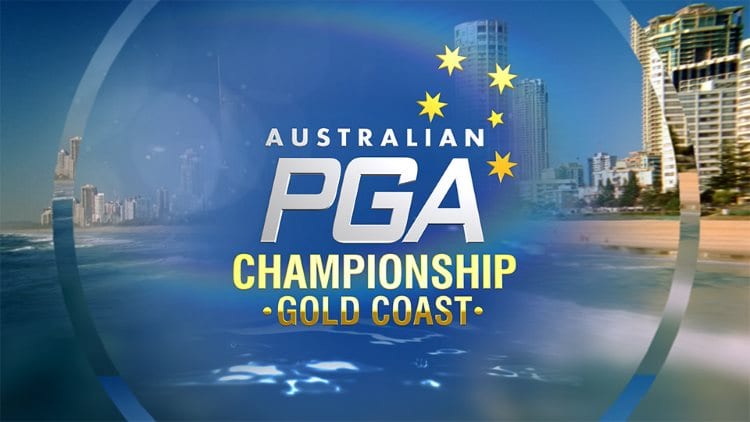 Some of the world’s best golfers are out at Royal Pines Resort in Gold Coast this week.

Headlined by major winner Adam Scott, the full field of quality golfers will play for the $1.5 million prize pool.

The Australian PGA Championship tees off on Thursday and we have our best tournament winner predictions.

Punters didn’t get a good chance to see Cam Smith at the President’s Cup, but he played well enough to impress us.

The 26-year-old is coming off a 60th position in the HSBC Champions in China but prior to that he finished in a tie for third at the CJ Cup.

He finished behind only Justin Thomas and Kiwi Danny Lee. It was a performance Smith should be proud of and playing at home will help his cause.

He’s an underrated type but bookmakers have kept him safe in their markets. Smith is on the second line of betting behind only Adam Scott.

We think he could have the youthful edge over Scott to prevail this week.

The big-hitting American has produced mixed results in 2019 but he’s a talented player when he’s on his game.

Hailing from Texas A&M University, Champ has a big future and he’s one of the longest-hitting drivers of the ball on the PGA Tour.

He not only brings a solid game to the party but also a great story. He’s a player who is easy to cheer for and his form has been solid coming into this tournament.

Two top-40 finishes on the PGA Tour is solid form for this level of tournament. He could take this Royal Pines course to school with his length and he’ll only need his short game to be firing to win.

Ryan Fox is another big hitter. The New Zealander has performed well throughout this year on both the European Tour and the Challenge Tour.

He often plays well on the Australian leg and although his short game is hit and miss, he’s improving in that area.

The son of former All Black great Grant Fox, Ryan has paved his own way in the golf world. He has only taken golf seriously for around 10 years and he is already competing on the world stage.

He is certainly worth backing at the odds.

Not many punters would have known who Denzel Ieremia was before he finished top-five at the 2019 Australian Open.

That came two weeks ago and he has since won a professional tournament at Mount Maunganui Golf Club in New Zealand.

The best thing about that win? He won with a score of –29 and he made a tough course look second rate.

He’s the next big thing out of New Zealand and we’re confident he can mix it with the best the world has to offer.

Punters will need to take a risk when betting on Matthew Griffin, but the odds make him worth a stab.

The 36-year-old is a three-time winner on the Australian Tour and he has twice won the AsiaOne Tour Order of Merit.

He might be a little past his best but Griffin often plays well down under and he could give punters a good sight at massive odds.

At a ripe age of 42, Brett Rumford is still playing good golf and is coming off a respectable finish in Spain.

The Perth-born golfer finished 30th behind Jon Rahm in Madrid and that was a much better performance than his missed cuts prior.

Playing back in Australia will help Rumford and given the triple-figure odds, we’re confident he’ll be in the mix.

BetEasy is offering some juicy head-to-head bets this week and we look at the best value options.

We have already stated that we believe Cameron Smith will get the better of Adam Scott. Neither player might win the tournament, but we’re fancying Smith to win this matchup.

Take Smith at the $1.95 as that price should drop as the tournaments draws nearer.

Michael Sim showed plenty of ability as an amateur but hasn’t quite lived up to expectations as a pro.

He’s coming up against a tried-and-tested professional in Brett Rumford and we’ll take experience in this matchup.

Punters should be confident in backing Rumford in the head-to-head market.

This is a battle of the big hitters and it should be a close one. However, Champ has PGA Tour-winning experience and that’s something Fox doesn’t have.

It could be the difference in this matchup and we’re liking the odds on offer for Champ. He only needs to keep focused to beat the Kiwi bomber.