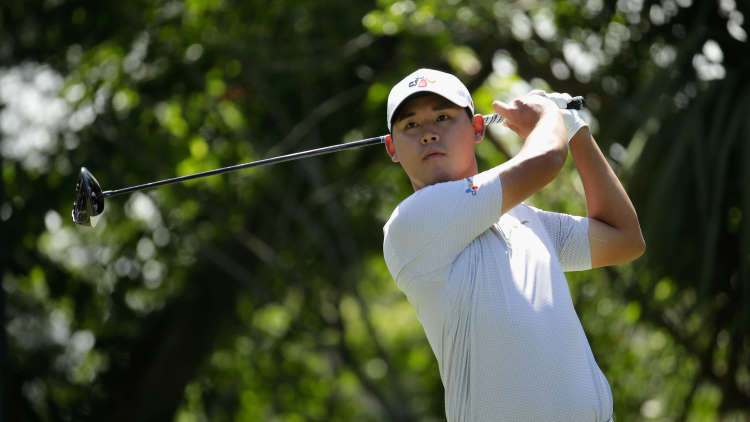 We have expert betting tips for the 2020 Safeway Open, which is the event of the wraparound PGA Tour season.

The world’s best players are having a break before the US Open next week, but there is great value on offer for golf punters this week.

Si-Woo Kim is one of the busiest players on the Tour and although he didn’t qualify for the majority of the FedEx Cup playoffs, he could be tough to beat this week.

The South Korean 25-year-old finished third at the Wyndham Championship last month, where he shot –18 to finish just three shots behind Jim Herman.

Prior to that he finished T13 at the PGA Championship, which was a great outing and it showed that he can play on the big stage.

The 2017 Players Championship winner looks ready to get back into the winners’ circle, and punters are getting value odds this week.

There is no clear favourite for the Safeway Open, so Si-Woo Kim represents great shopping at $21 – Bet Now

Not many people predicted the fall from grace of Jordan Spieth, but he’s simply too talented to leave out of calculations.

It has been a rough couple of years for the former star golfer, who was seemingly winning more often than not. However, his form has dried up and he’s now on struggle street.

Despite his recent woes, Spieth has the ability to win tournaments, and he just needs some things to go his way. Confidence would be a big help and he could find it against this field.

Not facing the world’s best golfers will give him a better chance of success. Spieth won’t be one of those players who disappears off the face of the earth, so stick with him – Bet Now

Jhonattan Vegas hasn’t been playing his best golf in 2020, but the Venezuelan is capable of going low in the early rounds.

The 36-year-old has missed the last four cuts, which doesn’t inspire much confidence, but much like Jordan Spieth, he only needs confidence.

When the birdies start to roll in for Vegas, he can shoot low scores. Most of his best tournaments have come in the second-tier events, so he should feel right at home.

Top 10 markets are always valuable for punters and there are some cracking bets for the 2020 Safeway Open this week.

Fresh off his win on the Champions Tour, a spritely Mickelson could return to the PGA Tour and show the youngsters a thing or two.

His record speaks for itself and although his best days are behind him, there is no player in this tournament that comes close to his ability at his best.

Another player that should be around the top of the leaderboard is Doc Redman. He has come out of nowhere this season and has played well against some tough PGA Tour fields.

Redman typically goes under the radar but punters can get $5 for a Top 10 finish this week. That is good shopping and he is worth including on your ticket.

Joel Dahmen ($5) is in the same boat as Redman. He has been playing well in 2020, and he doesn’t make the headlines. Dahmen is a relaxed-style player, who can benefit from the easier field of the Safeway Open.

Our final Top 10 pick is Cameron Tringale ($7). He might not be a household name, but he was a good player in his early days and he has been disappointed not to win on the PGA Tour so far.

Tringale can feature at the top of the leaderboard without winning, which will do Top 10 players nicely this week. He is a value play and we wouldn’t be surprised if he did win at more generous odds of $61.