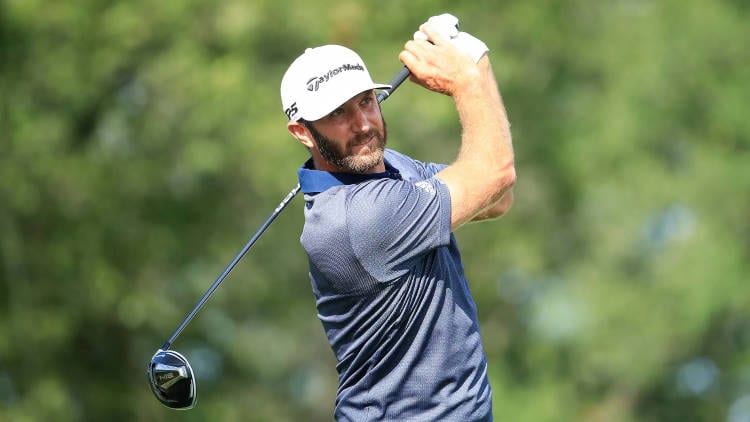 We have expert betting tips for the 2020 US Golf Open, which is the second major of the year and held at Winged Foot.

The best players in the world embark on one of the world’s toughest golf courses this week. Winged Foot hosts a huge field of star players, who all want to lift the trophy.

We look at the best betting options for the 2020 US Golf Open.

Dustin Johnson is coming off an incredible season, which saw him winning multiple times and scoring the FedEx Cup.

However, there is a linger record hanging over his head and it’s to do with major victories. He has only one major win to his name, which has been criticised by fellow golfer Brooks Koepka.

Despite his success, he deserves more than one major and he could put those thoughts to bed at Winged Foot this week.

You need accuracy to get around this course unscathed, so it suits DJ. He is accurate with the driver, which surprises some given his length.

There is no better form golfer coming into the US Golf Open, so punters are getting generous odds of $9. He represents value and punters should have Dustin Johnson on their ticket – Bet Now

Xander Schauffele is a player who is always around the top of the leaderboard without winning, but he represents value this week.

The American made a late charge for the FedEx Cup two weeks ago, and that should give him plenty of confidence heading forward.

He rarely puts a foot wrong and although he doesn’t win as often as punters would like, he is always worth a bet.

Bookmakers are offering $15 for Xander to win, which is a fair price. He should be near the top of the leaderboard on Saturday, before making his typical weekend run – Bet Now

We went for a bit of value in the Top 10 after Round 1 market. Justin Thomas usually starts his tournaments off well, so he has every chance to be near the top of the leaderboard.

Due to the sheer number of entrants in this tournament, punters are getting better odds than a normal PGA Tour event. He has to see off hundreds of golfers, but given the class and form of Thomas, he won’t be far away.

Expect a good opening round on Friday morning from Thomas, who is another solid US Golf Open tournament winner selection at $14 – Bet Now

Apart from the three golfers we have mentioned already, there is excellent value in the Top 10 markets at the US Golf Open.

A player at the top of many people’s lists is Jon Rahm. The Spaniard is in fine form this year, and he has the deadly accuracy needed to make a charge at winning another major.

Rahm ($2.10) represents value in this market and most punters are confident that he will be around on Monday morning.

Rickie Fowler is largely known as a player that can’t finish off a tournament, but he does put himself in a position to win. The American hasn’t lived up to expectations, but this could be his time to shine at Winged Foot.

Fowler ($5.50) just needs his putter to work and he could be near the top of the leaderboard. It has been a tough few years for Fowler, but what a way this would be to bounce back.

Our third and final pick is out of left field, but the German has been playing improved golf in 2020. Martin Kaymer ($7) is a former superstar, who tried to become the ultimate golfer and it failed miserably.

Kaymer is a 2010 PGA Championship winner who was the #1 golfer in the world, before trying to adjust his swing and get even better. It failed, but his form has improved in recent weeks. He finished second two weeks ago on the European Tour, so his confidence should be up.

He is paying value odds, and if he is anywhere near his best, punters can enjoy the tremendous value.

Punters are getting good value for Bryson DeChambeau to miss the cut. He is one of the better players in the tournament, but his newfound length will work against him.

DeChambeau has been bombing it off the tee, but he is wildly inaccurate, and that’s not the recipe for success at Winged Foot.

We are expecting Bryson to struggle and the $3.14 is worth snapping up  – Bet Now