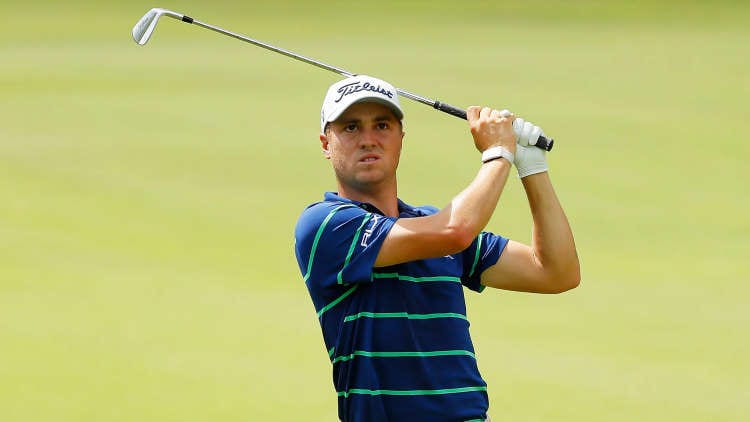 We have expert betting tips for the 2020 USPGA Championship, which is the first major since golf resumed earlier this year.

Harding Park hosts the 2020 edition and with cold weather expected, it could be a congested leaderboard come Monday.

We look at the best betting predictions for the PGA Championship, which sees all the big names in action.

It is tough to look past the form golfer in the field and punters are getting odds worth taking.

Justin Thomas is coming off a victory last week in the St Jude Invitational and he played amazingly during the final round, which saw him climb many spots up the leaderboard.

Nothing much fazes Thomas and he is the third youngest player to record 13 wins on the PGA Tour. He is a past winner of the PGA Championship and that holds him in good stead this week.

The 27-year-old handles most golf courses and although Harding Park can be tricky, Thomas adapts well to new environments.

Xander Schauffele could go under the radar this week and he represents good value for the 2020 PGA Championship.

He is coming off a sixth-place finish at the St. Jude Invitational and he didn’t create any headlines in the process. He is one of the most consistent golfers on Tour this season and he deserves his chance at a major title.

Schauffele will win his first major championship within the next five years, so punters might as well take the $19 on offer.

The 26-year-old is a golfer that handles cold conditions well and his experience playing in Europe in the Ryder Cup will do him plenty of good.

Due to the value odds available, punters might as well go wide in the first round leader market.

We are going with former major winner Lucas Glover, who has experience playing in these conditions and he often finds himself near the top of the leaderboard on Friday.

Glover doesn’t play as well as he used to but the American still has game. The $101 odds are worth taking and you can play around Glover as well.

Other solid first round leader bets include Tony Finau ($46), Viktor Hovland ($51), and Tommy Fleetwood ($61). All four players have a legitimate chance of playing well on Friday and the high odds allows you to back them all  – Bet Now

Brooks Koepka is the obvious play as he’s seeking his third win in this event. He saves his best golf for the big tournaments and it was good to see him playing well at the St. Jude.

The big-hitting American should enjoy conditions and if he can keep the ball straight off the tee, he will be a force to be reckoned with this week.

Jon Rahm wasn’t world #1 for long, with Justin Thomas winning last week, but he could regain his top spot with a victory.

The Spaniard has been playing superb golf this season and it’s only a matter of time before he wins his first major.

One of his best performances in a major came at the 2018 PGA Championship and he is playing better than ever. Rahm is currently $2.80 for a Top 10 finish and punters are getting good value for a quality player.

Our final player goes off at value odds of $5 and it is Tommy Fleetwood. The Englishman has been a touch disappointing this season but the cold conditions will suit him.

He plays best under The Open conditions, so with poor weather expected, Fleetwood should feel right at home in California.

Fleetwood is another golfer that should be winning a major soon and he is consistent enough to threaten them this week.