Started his career with a brilliant 30.08 win from box one here in a maiden series and hasn’t quite replicated it yet but is getting closer with a string of seconds.

He looks to have the early speed to hold the rail here from the red and go one better than last week.

Clear standout in this field has improved her personal best each of her four runs over the trip dropping almost a second to 41.59 chasing Rasheda all the way to the pole last start.

Just has to navigate her way to the first corner is a slow beginner and will want the fence from box six, she’ll be turning it on late though.

Has been unlucky her last few starts almost securing uncontested leads before finding trouble around the first corner.

This field gives her every chance to clear them at the first turn and make her own luck out in front, she’s gone as quick as 29.85 when on the arm previously.

More known for her six hundred metre exploits she finds a sprint that could really suit her here, she’s a box one specialist and has been jumping well over the middle-distance.

Mrs. Sing is the clear leader in three but if she hugs the rail and takes the short cuts, she’ll be cutting them down late.

Ran a game second to Flying Jet in the Ipswich Derby Final last weekend, showed great early pace to set up a lead in the first and second sectionals from box eight and was just caught late in a quick 30.49.

If he can carry that form to Albion he should be racing down around thirty seconds which is bang on his personal best, good each way value.

Jump into the price if it holds up, one of the most exciting dogs in Queensland, five consecutive wins in the 29.6 range.

Should sit outside of the pace early in the straight and turn on the burners down the back and to the line to make in six in a row.

Has been getting great exposure winning and placing in best eight company at such an early sage in her career, has always had good early speed but is starting to add strength to the mix.

The lead is hers if she wants it here, has been drawing wide lately, inside should only help.

Another youngster who’s only been beaten by Best 8 dogs and Farmor Beach in her last five starts, is ultra-professional for her age, pings the lids, finds the fence, tries hard.

She’s four from four from box six and Hara’s Panda will give her the perfect cart across.

Ipswich Futurity win had to be seen to be believed made up ten lengths on the leaders and was only going further ahead in the catching pen.

Both six hundred metre wins here have been exceptional, she can get back so the small field helps, if she’s stalking them watch out.

Her sprint races look like she’s crying out for this distance has been leaving herself too much to do rattling home to finish in the placings.

First up over six hundred and box eight are question marks but that’s why you’re getting the price, Darren Johnstone can train a six hundred metre bitch.

Always a threat in these master’s races, has a big finish on her and at worst is a good each way bet.

Would prefer her closer to the fence, but box four isn’t too bad she should be able to slot in behind the leaders off the inside and get last crack at them.

Has been winning for fun up the straight at Capalaba but circle racing has always been the goal and trainer Scott Buckland has trialled his dog here in 29.9.

He may need the run first up but at $11 in a wide open field he’s worth having something on. 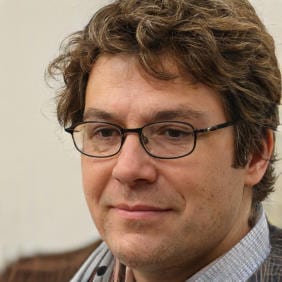