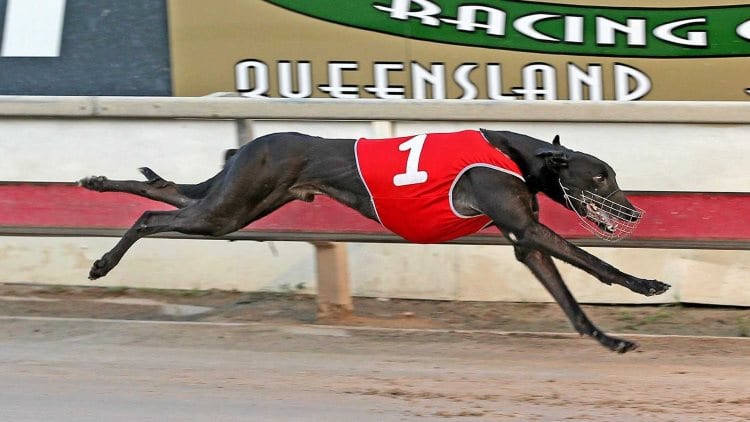 Will have to take this runner on trust, she’s only had the one race start down at Richmond a couple of months ago, since then has come into local trainer Matt Bourke’s care who has a reputation of licking up handy ones from down south.

The daughter of Dyna Double One would have had plenty of looks at the track under trial conditions and meets a field who haven’t set the world on fire, happy to take a punt at the price.

Good raps on this first starter for Greg Stella who knows how to train a handy dog, well-bred out of Fernando Bale and Camden Valleyway if she can show any speed at all should get across with the inside brigade looking like they’ll come together.

The unknown is if he’ll run out the trip, but Stella doesn’t get them to the track too early.

Drops back to the five hundred metres here after an extended stay over the distance trips where she raced well without winning, behind the in form Irinka Lesa over the six hundred and thirty.

Will likely be out the back here early but is trained locally and knows the track, plenty of these will be getting tired late and she could well and truly be the swooper at each way price.

Ripping start to a career three placings to go with a win all over this trip, was beaten two lengths by the talented Zeke The Freak last start and comes up with an inside box again which she’s had three of four starts.

If she can beat Just Amazed out early, she looks a handy type that will scrape the paint and do everything right in the run.

Is getting closer to a win has raced in tougher company at Albion Park and has been much closer to the money here at Ipswich including his only win.

Ran a race at cricket score odds last start when beaten at Albion Park, can show good early speed and should be challenging at the first turn his 31.00 personal best good enough to get it done here.

Was a perennial place getter until recently when he broke through for three in a row at Albion park including a scorching 29.69 run of the night where he charged home after getting into second.

Drops massively in class from the rising stars series to grade five company and moves from box eight to box one which he’ll appreciate.

First start at Ipswich shouldn’t be a problem, he can lead or come from off the speed, clear top pick.

Another having his first start at Ipswich after racing behind some good types at Albion Park, not disgraced behind Farmor Beach and Easy Al who are both flying at the moment.

Has good box manners and should beat See Them Try out in the red and take up the running here, could be getting tired late but there’s a few who should get well back here he just might pinch it.

Outstanding record at the track six wins from eight outings, this is his toughest test yet, but he’s had no problem raising in grade thus far in his career.

Versatile chaser who pushes forward with speed and power, might struggle to lead from the four here but will go close, has plenty of experience over the five hundred and fifty at Bundaberg and should run on into the finish.

Plenty of these have been racing in pretty average company and struggling, while Maywyn Bombora’s form is far from flattering races the likes of Ringbark Reign, Easy Al and Hara’s Clyde hasn’t helped.

He’s had plenty of outside draws and is quick to the first mark here at Ipswich, expect him to take up the running and if he can go near his 30.80 best, he’ll be winning.

Red Rug specialist both of his wins at track and trip have come off the inside, if he can hold Twisted Lady in box two early, he could be off with the cash with plenty of five hundred metre pedigree.

Behind nice types in Speranza, Flying Jet and others lately this is a nice drop and gets the run of the race.