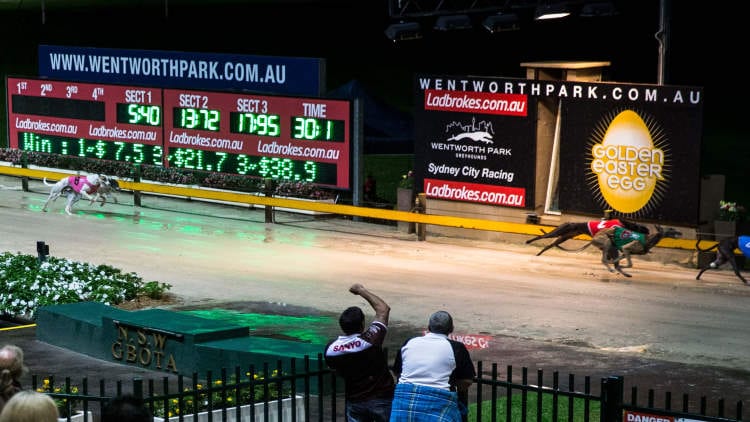 Has come out of the gates running to start his career, all four starts coming here at Wentworth park for two runners-up followed by a pair of dominant wins that will see him a strong favourite for this final.

The experience of four successful runs on the track is one thing, but it’s the fashion he’s done it as well, always on speed from inside and outside draws and a stunning fifteen length win when he found the lead last time out clocking 29.7 in the process which is flying for this grade.

There’s plenty of pace inside him so there is a chance he gets trapped wide, but hopefully those dogs can take him into the race where he’ll be too advanced.

Missed out as our best bet last week, but she only lost when bombing the start and made up a tremendous amount of ground from near last to run a close up second.

She can win this race in a number of ways, she loves a low draw and hopefully will jump on the arm, but also has the capacity to come off the speed.

She looks a good thing again and will be priced accordingly, but couldn’t be more cherry ripe or suited to a race than she is here in Masters company.

Very hot final this, Jason Mackay’s pair of Zipping Lopez and Opal Model will be deserved favourites, but for a third week running we’re sticking with track specialist Where’s rocky who paid followers back with a big win last week.

He did though despite another poor getaway which is a concern especially from his box six draw here, but the dog is clearly going enormous and just needs to find his box manners again and he’s every bit as quick and anything in this and better priced.

Looks a good race for this seven-time track and trip winner, Dulceria in box three is a slow beginner and Zipping Pearson’s calling card has always been his early and mid-race pace, a 5.44 first sectional could see him off and gone.

Had been going great guns lately, has been just behind them in some non-graded races and although he’ll have challengers here looks well place to build on his cracking Wentworth Park record.

The weight of money will be headed to box one here, that chaser has a quality record and will get plenty of attention, but the unbeaten French Martini might just fly under the radar.

Peter Lagogiane knows how to prepare a dog for a big race and his timing looks spot on with this daughter of Aston Dee Bee coming to the city last week and clocking 29.97 in a fantastic audition for this race.

The dog has won from wide draws both starts over the five hundred at Dubbo and will be charging across early doing his best to find the top.

The Group one winner doesn’t get a crack at the ultimate Golden Easter Egg prize but looms large in a field of quality chasers here, drawn to secure an ideal run.

Boston garden’s been jumping great from box one but expect Lala Kiwi to either pull up alongside or sit just behind and be too strong in the middle and latter stages.

This isn’t your run of the mill group three there’s plenty of dangers, but her credentials are the strongest.

This bitch looks huge value at seven dollars, Zipping Kansas is a much hyped dog and demands favouritism but this bitch has done nothing but win since her return to the track and while this is harder it’s the race she’s been set for.

She looks the only speed influence from the inside draws and should punch through and lead for fun, no doubt they’ll be coming from everywhere to get her late, but is a must have at the price.

Sometimes things just fall into place for a dog and this seems the case with Louis Rumble who since late last year has been utterly dominant wherever legendry trainer Steve Kavanagh takes him.

He’s still yet to crack that elusive group one and gets his chance at the egg here, he’s a great box dog and will be on the lure from the one running time.

There are some big threats drawn in the middle-boxes but there could well be carnage early while he’ll be off and gone.

Great chaser to follow this, his winning record is far from the best but is as honest as they come and always seems to end up in the placings when he’s not expected to run a race.

Comes up with the coveted red box which helps his get back run on style to no end, has been behind Kooringa Lucy his last couple and gets it slightly easier here.

This is a bitch going places, a ten-time winner in her short career in Queensland she’s now under the care of the powerful Lord kennel and should be a Wenty winner soon.

She has good box manners and has always run a strong five hundred, it’s just whether she’s ready second up, if so she has the talent. 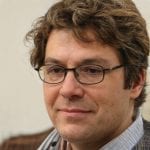 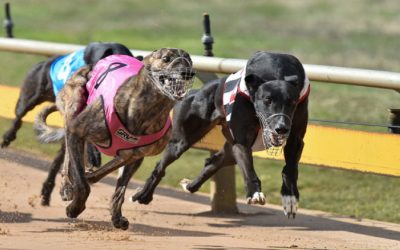