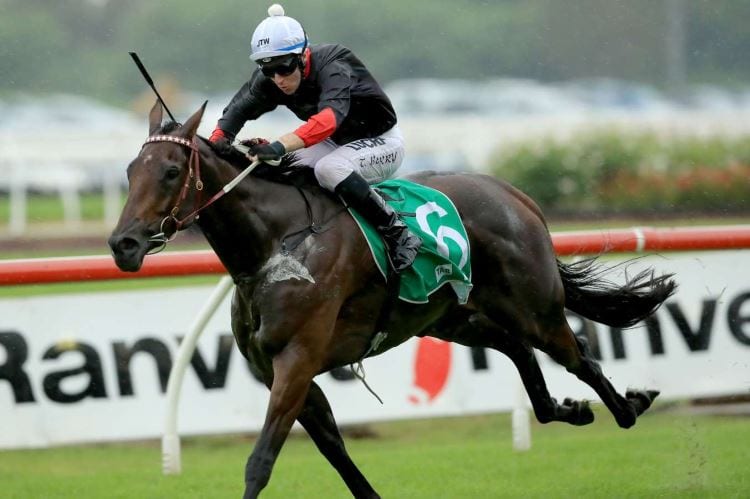 Day 2 of The Championships is upon us this Saturday with four Group 1 features to bet on.

The 10-race card at Randwick also features some great undercard races and we have form and free tips for racing at Randwick this Saturday.

We also have tips for racing at Caulfield which features big betting fields and plenty of value for punters.

Peter and Paul Snowden line up this two-year-old colt which has placed in three of his four starts to date and although he didn’t win at Hawkesbury last start, he has more improvement to come.

The son of Not A Single Doubt will need to improve to win this and that’s no secret, but he’s capable and two-year-old races are always hard to predict.

He’s good value at $12 in a race where a length could cover the entire field.

The unbeaten run of Isaurian came to an end last time out but there was still plenty to like about his performance.

Trained by James Cummings, the three-year-old finished second behind I Am Excited and that form is going to stack up very well in this race.

His first two career starts resulted in wins and he looks to have many more wins in store.

He’s drifting in the market but he should be well-supported on the day.

Pure Elation was a big winner at Warwick Farm last time out when scoring by two lengths and she could continue on her winning ways.

Slipper form is always going to hold up well down in grade and carrying 53kg is going to make it even more possible for Pure Elation to score consecutive victories.

Just Dreaming might be drifting in the market but she looms as one of the better bets of the day.

The six-time winner from 16 starts finished just one length behind Daysee Doom in the Group 1 Coolmore Classic last start and none of her rivals could boast form even close to that.

She was unlucky in the straight and she should have finished closer.

Drawing barrier 13 is an obvious concern but Hugh Bowman rides and punters should be confident in her chances.

Viridine shapes up as a major winning contender following his third placing behind In Her Time in The Galaxy last start.

Having Group 1 form is going to stack up nicely against this field and he gets into the race well-weighted at 56.5kg with Hugh Bowman in the saddle.

The Poet’s Voice colt has won four of his seven starts to date and although he hasn’t won at his last three attempts, he finds the right field here and he could take advantage.

Quilista has come of age at her last two starts and she could continue on her winning ways here.

The Darren Weir-trained mare extended her record to seven wins from 18 starts last time out at Rosehill and she won’t be worried with the wide draw.

Expect Damian Lane to ride her with patience and come with a big finish down the outside.

The four-year-old mare was a stylish winner at Sandown last start and she could continue her winning ways.

Having scored four wins from 11 starts, the daughter of Wanted looks well-placed to score again after drawing barrier four and getting in with only 56.5kg.

She has more upside than most in this field and punters have been backing her confidently throughout the week.

The Mick Price-trained Fastnet Rock filly finished close behind the winner at Moonee Valley last start and that came after some impressive form.

She finished second behind Summer Sham at Caulfield before running third behind Bella Martini at Flemington.

Carrying a big weight isn’t going to be easy but she has more upside than most in this field and the odds are good value.

That was a strong win for Han Xin last start and he looks a stayer for the future.

The Waterhouse/Bott-trained three-year-old dictated play out in front when scoring by 4.8 lengths in a dominant display of running.

The son of Sepoy might not be bred to run over this distance but he’s showing a real liking to it and he’s the only runner currently quoted at single-figure odds.

Punters finally got their reward with Handsome Thief last start when scoring at Caulfield.

The Weir-trained gelding had been running consistent races without winning but finally put it all together to win by 2.8 lengths.

Getting the inside draw here is ideal and he has always enjoyed using the rail to his advantage.

$2 is short but good enough to be considered value.