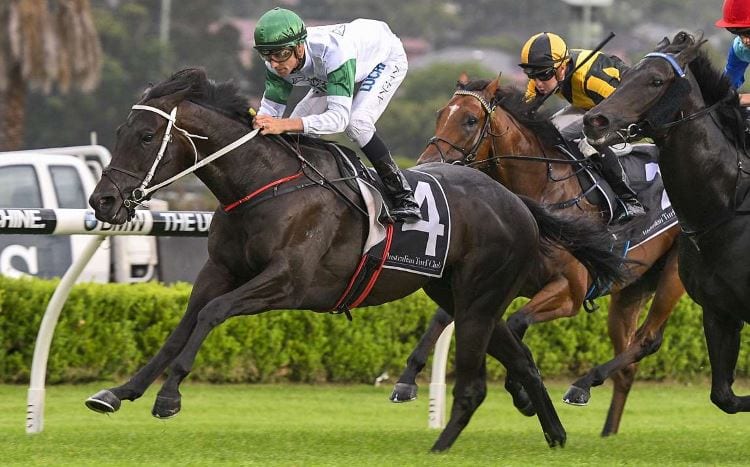 Randwick hosts another meeting this Wednesday after The Championships was run on Saturday but the Kensington track is being used for the first time in years this Wednesday.

There are quality fields throughout the day at Randwick and Sandown and we have free tips and form for the best races across both meetings.

Scott Singleton lines up the three-year-old which was scratched from an easier race at Hawkesbury on Tuesday.

The filly by Tavistock finished second at Rosehill last start behind Montrachet and that form should hold up well at midweek level.

Her three career starts to date have been leading up to a nice maiden win and she’s paying nice odds in this.

The betting drift for Revenire is concerning and Warranty is the value runner in this field.

Peter and Paul Snowden train the three-year-old filly which was disappointing when running last at Canterbury in February but has since produced a nice trial effort.

She’s a well-bred daughter of All Too Hard which has won two of her five career starts and that included a win on this track last October.

Seaway is looking to get back on track after running seventh when fresh up last start.

The Chris Waller-trained colt finished almost four lengths behind the winner at Rosehill and he should enjoy the slight drop in class.

A son of Ocean Park, Seaway produced consecutive wins at Canterbury late last year and although he meets more seasoned opposition here, seeing Kerrin McEvoy in the saddle is a good sign.

He’s drawn well in barrier two and he should land on the speed.

This race has upset written all over it and Virgilio could give punters some excitement.

The four-year-old gelding is coming off a fair run at Newcastle but he was a winner at Canterbury earlier this year and form like that would take him close.

He’s a four-time winner which has fared well in this company in the past and he’s well over the odds here.

Place odds of $5 are also worth taking.

The former Kiwi runner was well-backed for its Australian debut at Warwick Farm and she ran well enough for third.

Now with Bjorn Baker, the four-year-old will look to build on that effort behind the speedy Lisdoonvarna and the time for the 1200m contest was quick.

She will be better with that run under the belt and we’re predicting a big effort from the daughter of I Am Invincible.

Night Falls has placed in all three career starts to date and he looks a strong chance of improving that record here.

The Darren Weir-trained three-year-old finished close in behind the winner at Pakenham last start and he’s bred to enjoy the longer distances.

He’s a son of Redoute’s Choice and the colt should enjoy the rise to 1300m, which he ran second over two starts back at Seymour.

His odds have stayed steady throughout the week and he should be considered a strong winning hope.

The four-year-old mare returned in fine order when posting a one-length victory at Sandown last time out.

That Rings A Bell was fresh up after five months off the track and didn’t miss a beat during the time off. She had finished 13th in a tough race prior to the spell, but her form prior to that was winning form.

She won consecutive races at Bendigo and she has since won in this grade. The handicapper has been good to her by not increasing her weight and that makes her tough to beat here.

Platinum Angel is going to find this much easier than running in open company last start.

The Weir-trained three-year-old ran fifth behind Bella Martini over this distance and a similar run would see her winning this.

Prior to that she finished eighth behind stakes winner Tulip and form behind these open class types is going to stack up perfectly for this level.

Drawing barrier 10 makes it harder but we wouldn’t be leaving her out of calculations.

Galaxy Raider was well-backed at Bendigo last start and that was in Saturday grade.

The five-year-old hit the line well after settling last throughout the run and he would have got there if they went 100m further.

He comes back to a track where he has won and placed and despite the big weight, he’s going to be tough to beat here.