Stakes racing action is available for punters to bet on this Saturday at Ascot. We have found the best value bets for the card.

Diamond Trade went close at Ascot last start after settling back in the run and making up big ground.

The Harvey-trained four-year-old hasn’t won from seven starts but with four placings, she’s getting close.

This isn’t an overly strong maiden field and she could take advantage of that.

Chris Gangemi lines up the four-year-old mare that was spelled after running third on debut.

She was only 1.3 lengths behind the winner at Northam and she has since run a good third placing at the trials.

Jordan Turner takes the ride at a good weight and she should be competitive.

Sunnysilk has had four starts for three placings and she could finally get over the line first in this race.

She’s a two-year-old filly that ran well for third at Ascot last start behind a talented field. That experience should hold her in good stead for this race.

Dropping to 54kg is ideal and that could be enough to get her over the line.

The five-year-old is a three-time winner from only six starts and it takes a good type to do that.

He hasn’t won at his last three attempts but he hasn’t been getting the best of luck in the run either.

Punters should stick with him as another win isn’t far off. The odds on offer should be generous from bookmakers.

Valour Road may have been beaten last start as the odds-on favourite but he shouldn’t be dropped just yet.

The four-year-old is a six-time winner from 15 starts and he commands respect on that record alone.

Prior to his defeat last start, he scored a 1.3-length win on this track. Something close to that performance should see him winning.

It’s important to note that jockey William Pike is choosing to ride Superstorm and not the stablemate.

The three-year-old gelding is coming off a big performance to run fourth at Ascot and another run similar sees him winning this race.

He has won only one of his five starts but those have all come against some stiff opposition. It’s no different here but he should go well with only 55kg on his back.

Team Williams lines up the talented four-year-old which was no match for them last start, but that came in April.

She hasn’t been seen for almost a year but she has been primed with two trial placings at Lark Hill and Bunbury.

William Pike takes the ride and that will bring the price down a touch.

Mr Kunafa has been in winning form this season, with three wins from six starts. It’s still his first campaign, so he’s a fit runner.

He got a little too far back at Bunbury last start and was making good ground late. We’re expecting him to settle closer to the pace this time around.

Value odds should be on offer.

Barbie Will Do mixes her form but is talented at best. The five-year-old owns four wins from 20 starts and is looking to rebound after winning sixth last start.

Rising to 2100m is ideal and she could provide punters with some good value in the final race of the day. 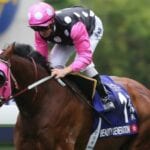 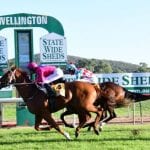