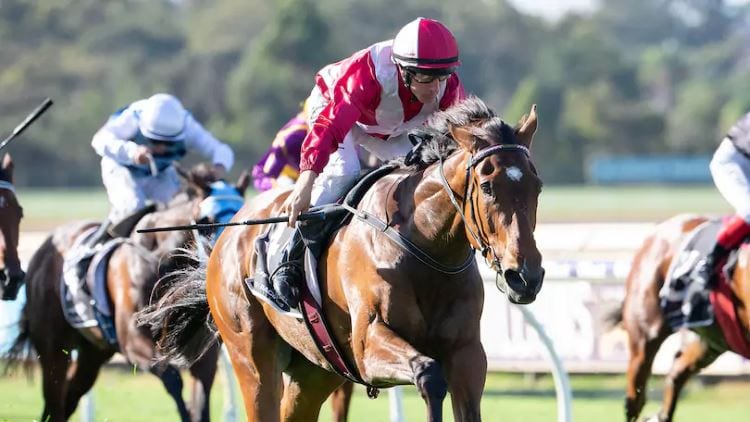 We have expert betting tips for the card this Saturday at Ascot that features 10 quality betting races.

It’s Oaks Day at Ascot, which boasts a massive 10-race card. We have our best value tips for every race on the card this Saturday.

The three-year-old gelding is on debut after some pleasing trial form. He scored a trial win at Lark Hill by five lengths last November.

He returned in 2020 with a trial placing and he looks to have plenty of speed. He’s bred for speed and we wouldn’t be surprised to see him winning.

Team Williams lines up the two-year-old filly, which scored a trial win at Lark Hill. She is a daughter of I Am Invincible and she could make a winning debut.

It’s good to see William Pike in the saddle and she’s not going to be very long in the betting. Runners from this stable with Pike riding don’t often go off at long odds.

Floyd could land the knockout blow after promising to win this preparation. The Chris Gangemi-trained gelding placed in all three starts this time in, so expect another good effort here.

Ascot is a track where he owns two wins and five placings, so he’s capable of returning to winning form this Saturday.

He gets the inside draw and that’s a big help.

Deacalda has yet to run worse than third in six career starts, which is a great start to a career. The Simon Miller-trained mare scored a good win two back before running third last start.

Two of her three wins have come at Ascot, and with William Pike in the saddle, expect another tidy effort.

Mystery Miss is a five-time winner from 11 starts, so that alone must be respected. Her most recent win came at Belmont last season, but she hasn’t been far away since.

She’s a daughter of Animal Kingdom, which has raced well at Ascot in the past, and she’s the class runner of this field.

Look for each-way odds from punters.

William Pike has chosen to ride Bogart, which could be a good sign for punters. The three-year-old ran a good second behind Talladega last start, and that form holds up well.

He has had eight starts at Ascot for a win and a placing, but getting in at 55kg is ideal. It’s another good ride for Pike and he could make the difference.

The market will be a good guide.

Kitgum gets the inside draw and comes into this race with good form. The four-year-old won at Pinjarra two back before placing at Ascot last start.

His form of late has consisted of five starts for two wins and three second placings. It’s hard form to ignore, so include him in selections.

We’re going with another Williams/Pike runner with Special Choice. The three-year-old filly hasn’t been in terrific form of late, but she should find this much easier.

It’s not a strong field and she has been facing some nice types recently. She will need luck from the draw but put her in selections.

Punters aren’t getting great odds for Tuscan Queen, but she’s the best horse in the Oaks.

The Fastnet Rock filly is coming off a 2.3-length win at Ascot over 2200m, and the rise to 2400m only helps her chances.

Pike rides with 55.5kg and she should be the horse to beat.

Sweet Dreamin’ was good enough to win three consecutive races earlier this season. He finished second at Pinjarra two back and wasn’t all that far away last start.

It’s another quality ride for William Pike, and he could have a big day out this Saturday.