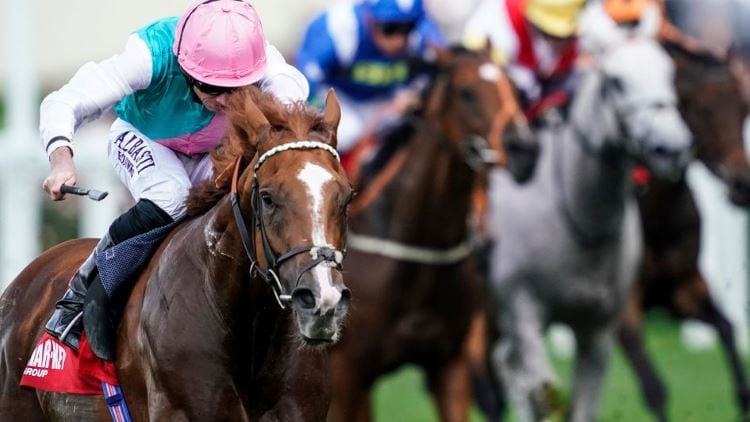 Feature racing comes out of Perth this Saturday, including the Colonel Reeves and Ascot Gold Cup.

Hot temperatures are expected in Western Australia so the racing should be slick.

Four-year-old mare Sentimental Gift has yet to miss a win or placing from five starts and she should run well again here.

The daughter of Al Maher scored comfortably by two lengths as the odds-on favourite last start so stick with her.

Drawn wide but William Pike is the man to have in the saddle.

Five-year-old gelding Wanna Be Good gets down in the weights and that should help his chances.

He’s a consistent gelding which has finished first or second in 11 of his 19 starts. However, he will need to improve on a recent poor showing at Northam.

He has the ability to rebound and the 54kg brings him right into the play.

William Pike teams up with Royal Command, which has won five from 14 starts and boasts another five placings.

The Durrant-trained gelding will be better off for the run last start and he has shown good second-up form in the past.

Rising through the grades shouldn’t be too hard for Royal Command and we’re expecting a tidy effort.

Not To Be Mist looks a real up-and-coming talent after winning his first three career starts.

The four-year-old gelding has been beaten in three runs since, but he’s taking on a much easier field and could take advantage of that.

It’s another good ride for William Pike and given the amount of money coming for him throughout the week, a top effort is expected.

The six-year-old mare is a professional eight-time winner from 15 starts and she has been prepared with a trial win at Lark Hill.

Her most recent race day start came in the Perth Cup and she has the class edge over this field.

Form can be tough to come by in staying contests but Spiritual Warrior has rattled off four consecutive wins.

The five-year-old kicked off the winning streak at Belmont over 2000m and has remained running 2000+ since.

Dropping in distance probably isn’t ideal but he can sit on the speed and show a good kick in the straight.

He’s certainly worth including at the odds.

Tuscan Queen is a three-year-old filly with plenty of upside. The daughter of Fastnet Rock scored back-to-back wins to open her career.

She was beaten by Kay Cee in an upset result last start but she has every chance of turning the tables here.

She has drawn to the inside of Kay Cee and with William Pike in the saddle, she’ll could dictate this run and control things.

We’re sticking with the Pike express as he has yet another high-quality ride.

The extremely consistent five-year-old has finished in the money in 16 of his 18 starts. That’s an incredible record and it includes seven wins.

Dropping in weight gives him the edge over his rivals here and he should be well-backed with bookmakers on the day.

Inflation looks set to win a race after two good runs this campaign. He ran fourth fresh up and improved to run second last start.

That came at Ascot and it was a good effort considering it came on a rain-affected track. He’s better on the good surface and he’ll get that here.

Looms as a big chance at each-way odds.