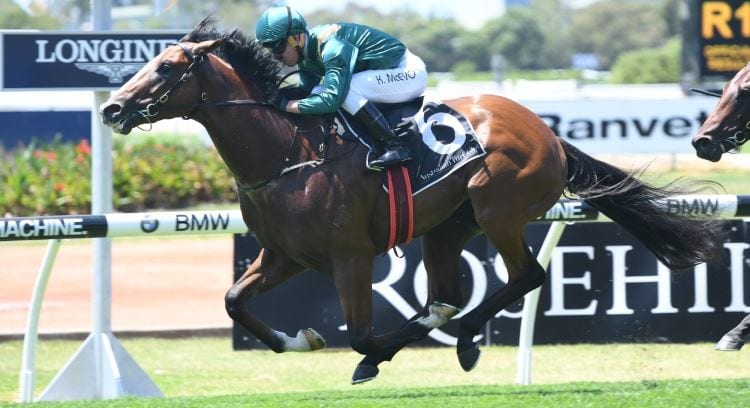 Last season’s best two-year-olds are out in force this Saturday at both Rosehill and Moonee Valley.

The $150,000 San Domenico Stakes at Rosehill features the likes of Pariah, Condor Heroes and the highly-touted Jorda from the James Cummings stables.

Meanwhile in Melbourne, Tulip, Madeenaty and Garrard make their season debuts in the Johnnie Walker Plate.

There’s great racing action across both cards and we haven’t mentioned 2016 Melbourne Cup winner Almandin, which resumes in the MSC Signs Handicap.

Free Tips and Form at Rosehill

Matthew Dunn lines up Lifesaver which should have won last time out at Rosehill.

The four-year-old was a stylish winner at its first two starts, which included a narrow win at Doomben over Old Trieste.

His placing behind Another Sin last start was tough to stomach for those that backed him. He was interfered with down the straight by the winner, but the result wasn’t overturned.

He defeated the rest of the field with some ease and he drops down in weight for this. He looks like a weighting special and punters shouldn’t feel worried about taking the $2 on offer.

Having the run under his belt will have him in tip top shape and he has drawn to get a sweet trip in transit.

The betting and the jockey engagement tells us all we need to know here.

The European import was an impressive winner at Flemington earlier this month when winning by three lengths and he will appreciate any increase in distance he faces this season.

He stays at the 2000m for this which won’t worry him and he had plenty in the tank when beating Electric Fusion last start.

He maps out well in this race and don’t be surprised to see stablemate Chatelard ensure there is a solid tempo up front.

Most of the opposition won’t leave open company, but Alward looks a chance at the cups races later this spring.

Peter and Paul Snowden line up three-year-old colt Pariah which has quality juvenile form on the board.

Overlook his performance for 11th in the Golden Slipper as he didn’t handle conditions and stick with the class factor.

Drawing barrier nine could pose some problems, but expect Blake Shinn to snag it back from the back and let it go through the gears late in the race.

Selita won’t get a better opportunity to win a city-graded race than she gets here.

The Mark Newnham-trained mare has been close-up this campaign with a close finish behind Bidii Babe in the Bright Shadow Stakes at Doomben before running second behind Bonny O’Reilly in the Coughlan Stakes.

She meets Bonny O’Reilly again in this, but she will get every chance with only 51.5kg on her back. Rachel Hunt takes the ride and she’s typically suited to front runners.

Fragonard is unbeaten in both fresh up starts and she resumes here having not run since May where she finished second behind Pedrena.

Trained by James Cummings, the four-year-old daughter by New Approach makes its own luck out front and this looks a good race to lead.

A lot of the favoured runners like to make runs late and Fragonard could have the pace to lead them throughout.

Merriest and Hear the Chant will be making ground late, but Fragonard should use the inside barrier to its advantage and get a multiple length lead coming around the home turn.

That’s crucial around Moonee Valley and the short straight makes it tough for the back markers.

Many punters are going with the current favourite Tulip, but Limestone brings in better form than her counterpart.

The Darren Weir-trained sprinter chases hard behind Catchy on debut at Moonee Valley and she has beaten Tulip following that effort.

She won the Blue Diamond Preview at Caulfield by a nose over Tulip and her subsequent run came in the Prelude where she ran Catchy to within a nose.

That form was franked in the Blue Diamond and despite a tricky barrier draw of seven, we think she jump well and put herself into contention early.

We’d rather take the odds on offer for Limestone at the better price.

Heatherly makes her season debut having run in some top-class races last time in.

The Ellerton/Zahra-trained daughter of Lonhro last raced when finishing eighth in The Galaxy at Rosehill, but its best form came prior to that when she finished second behind Extreme Choice in the Group 1 Moir Stakes.

She is paying a good price for a mare which has won twice from four fresh-up starts and has never finished out of the money in six attempts at Moonee Valley.

It’s a horses-for-courses track and she will enjoy being back on her favourite surface.

The four-time winner over this distance is going to use the rails to her advantage and kick clear in the straight.

We expect her current fixed odds price to drop.