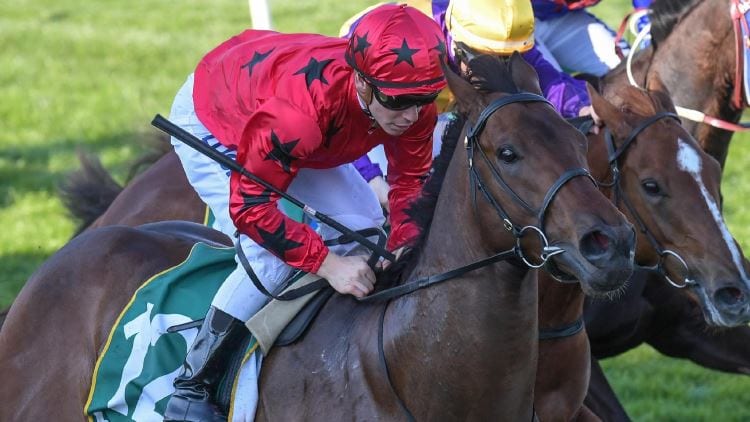 We have expert betting tips for the card this Saturday at Ballarat, which features 10 quality betting races.

It’s Ballarat Cup day this Saturday and punters also get to enjoy the Magic Millions Classic which should add some intrigue.

Big day of racing and we have found our best bets for all 10 races.

Solid money has come for Persuader, which was too good for her rivals at Kyneton last time out.

The four-year-old mare scored by three lengths fresh up and she could be good enough to rise through the grades now.

She will have to carry a decent weight but she owns form around some nice types and we’re liking the odds on offer.

That came behind Gytrash and that form should be too good for many of these. It’s one of the reasons why she’s the short-priced favourite.

Owns good fresh up form and she gets an apprentice claim to help with the big weight.

It’s hard to look past the form of Defibrillate, which has rattled off four consecutive wins.

The former New Zealand runner scored at Taupo in September before coming to Australia and winning at Moe and Moonee Valley.

He scored by 1.3 lengths at The Valley last start and a repeat of that effort would see him scoring yet another win.

Nice type in the making.

Had plenty of betting support on debut at Caulfield and she was entitled to get tired at the end of the race.

She still appears to have ability and the daughter of More Than Ready doesn’t deserve to be paying such high odds.

We’re confident she can run a good race going right-handed and she only needs a touch of luck from out wide.

Consistency is with Can’t Be Done, which has finished in the first two in five of his six career starts.

Trained by Danny O’Brien, the three-year-old gelding ran second behind Garner at Flemington last start and that’s going to be a hot form race.

He has drawn to get every chance off barrier four and we would be surprised if he wasn’t fighting out the finish.

One of the better-backed runners in the field.

O’Tauto didn’t quite let down last start like he did two back at Geelong, but it was still a run that had merit.

The Greg Eurell-trained four-year-old was big when running second behind Harbour Views at Geelong and he made up solid ground at Flemington last start.

They should run along at a nice clip which is going to help his chances and if he has the drop on Bumper Blast, he could scoot on by.

There are some things going against Bravo Tango, such as barrier 20 and the big weight, but that was impressive last start.

The five-year-old scored a top win at Flemington on Cup Day and this field isn’t any harder.

If jockey Billy Egan can find a good spot in the field from out wide, he’ll be tough to hold out.

Harbour Views is a nice type in the making and although beaten last start, he had no luck in the straight.

The four-year-old was caught between runners and never got clear. Meanwhile, the winner had all the momentum and scored down the outside.

This is a massive rise in class for the five-time winner, but with 54kg on his back, he’s going to be awfully tough to stop.

Good value with Star Fall, which scored fresh up last campaign and could hit the ground running here.

The four-year-old by Zoustar is a four-time winner from only eight starts and he has the pace to keep up with these.

He should be able to win a nice race this season and it could start here.

James Cummings lines up the five-year-old gelding which ran second at Flemington on Stakes day.

That form looks good for this level and although he hasn’t won this season, he has gone close on both occasions.

He looks set for a big showing here and with only 54kg on the back and Craig Williams riding, he looks a good betting opportunity.